Leonard Cohen – You Want It Darker 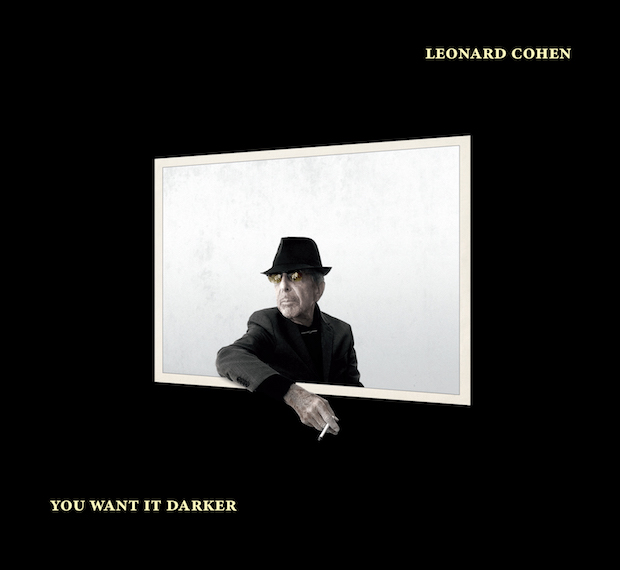 Beloved Canadian poet and singer-songwriter Leonard Cohen has had a long and illustrious career. The 82-year-old returns with his 14th full-length study album, and possibly a hint at retirement. You Want It Darker is bleak and grim in tone, and exquisite in its execution.

Cohen doesn’t shy away from the inevitable: death. The record plays out like he’s preparing himself for it, as he gets his affairs in order. His trademark hushed and low growl is as dark as ever, and truly suits the undercurrent of the music. The arrangements here are carefully constructed, with each production and instrument choice having a precise and integral place. Although it is stylistically eclectic and layered, it is still quite sparse and intimate.

The record opens with the title track “You Want It Darker,” a grooving synth-bass driven hymnal that almost sarcastically begs to plunge further into the abyss. Complete with a repeated chant in Hebrew and delicately coated with reverberant choir and organ, it really sets the tone for the rest of the album. Both “Treaty” and “On the Level” are tender, arpeggiated piano ballads. On “Traveling Light,” a bluesy electric piano, a subtle synth beat and a sorrowful violin all come together for a smoldering affair. “Leaving the Game,” an acoustic guitar waltz, is perhaps the most direct reference to the notion that “the end is near.” While it is about the finality of romance, it can easily be translated to life in general.

At his best, the lyrics-centric Leonard Cohen deals in thematically heavy territory; that of love and of death. Within the span of just a few weeks preceding the record’s release, he proclaimed both “I am ready to die” and “I’m going to live forever.” No matter his mood, the seemingly ageless and endlessly cool wordsmith has cultivated an intricate and profound songbook, and You Want It Darker only adds to that legacy.