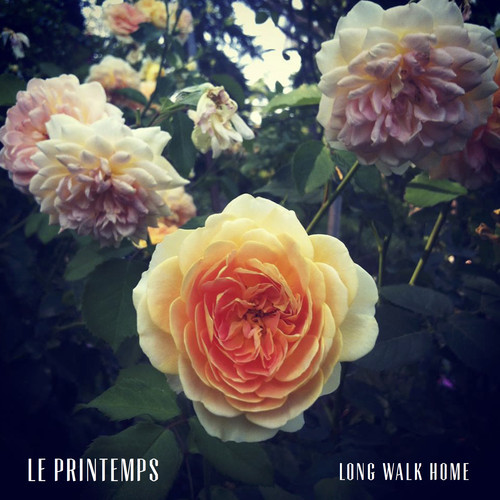 It’s been a while since we last heard from Buffalo expat/Portland transplant Jon Riggie and his project Le Printemps. For those unaware, Riggie was the drummer of 2011 Buffalo buzz band, the birD Day. Le Printemps is probably as opposite of the birD Day as it can get, with jazzy guitars, swung drums, along with a healthy does of south western Americana, almost like a Cass McCombs meets Jose Gonzales.

Riggie and crew are prepping the release of their new album, Long Walk Home, which was recorded at Supernatural Sound Studios, a notorious noise factory that has recorded some of the very best west-coast acts including Modest Mouse, the Shins, and Portugal the Man. Le Printemps is clearly in some good company. The band has shared three of the tracks on its soundcloud page, all of which sound like they would be the perfect soundtrack to a drive along the coast. Keep an eye out for the full release of Long Walk Home, and in the mean time, you can listen to “Is This The End?” below.