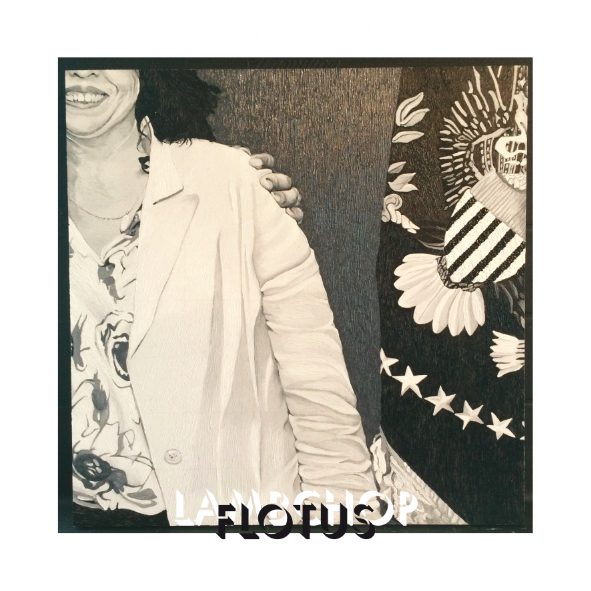 Lampchop is a unique band with a path like none other. They’ve taken on genre after genre throughout their journey – first traditional country, then post-rock, soul, lounge and so on. FLOTUS (For Love Often Turns Us Still) is their latest effort, and the only one that I’ve listened to thus far. Their twelfth studio album is a touchy, electronic folk/lounge jam with difficult-to-hear lyrical smatterings. Nonetheless, FLOTUS marks a substantial piece from the near triple-decade-old group.

In Song 2, “Directions to the Can,” the main features are the oohs and ahs and the close to gibberish, effected vocals of Kurt Wagner. The smooshy hi hat queues one of greater velocity alongside the rest of the drumbeat. “Take it on the chin,” can be heard most of any lyrics. A simple song, yet beautiful and enticing.

“Writer” seems to be a statement piece pointing out the diminishing qualities, or sometimes evolutionary qualities of many an item. The easy keys serve as both color and spine in the beginning of the song. A walking bassline guides you through the 3 minute song while distorted string sounds explode in your face. Halfway through the song, a wistful acoustic guitar lick echoes. The song ends the same way it starts.

The final tune on this album is an 18-minute long odyssey. Despite the length, this song is actually very listenable. An atypical ringing keeps you dazed while jungle drums dance about your head. Peaking through the leaves are bits of tasteful piano. On top of the mix are beeps and boops adding to the percussion. At about 3:30, the drums and didgeridoo kick in. Soon, an intoxicating synth swarms the listener as Wagner’s deep voice coos you in. Horns really allow the song to open wide. The middle 4 minutes of “The Hustle” are a gentle break featuring the very same intoxicating synth from before. From minute 14 and on, a lead synth joins the tribe acting as the catalyst along with Wagner’s vocals for the second time. The song fades out in a long breeze of grand piano performing a sweeping motion putting close to the ritual.

FLOTUS is a strong album from a band with tons of experience. This album is for fans of groups like Bon Iver and Sufjan Stevens. This album calls for a peaceful trip down a long highway, and it’s embodiment will carry you through to the other side. Enjoy a the story told below garnished with “NIV.”