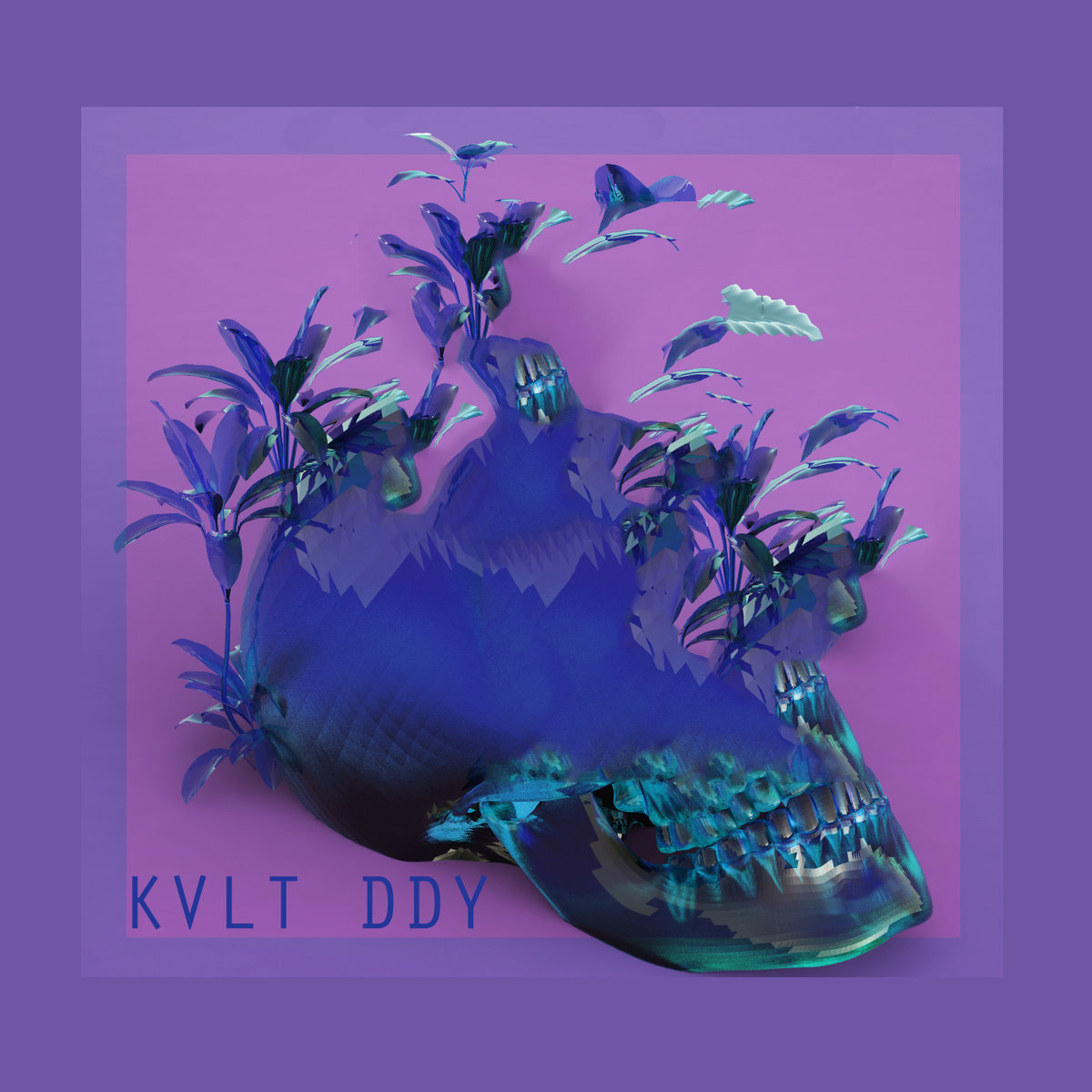 Kvlt Ddy (pronounced “Cult Daddy”) is a band native to Syracuse that issued their fifth release, extended play Springing Graves, a little more than a week ago. The EP’s cool color schemed cover art looks like a beautifully violent fuse of Avatar‘s prettiest foliage and The Terminator’s skinless skull –  an accurate visual for the music, oddly enough.

“Lingering Will” is the first song off this boisterous crew of recordings, the name providing effortless foreshadowing for what is to come. The tune begins with a clean, 7-second long guitar lick before diving head first into a dark, murky swamp. The singer’s voice drowns (no pun intended) in sludgy instrumentals.  The song sounds akin to recordings from Lvl Up, only more lo-fi.

Next, “653am” transforms the listener’s environment from the aforementioned swamp to something more like the Super Mario 64 water levels. This dripping, delayed mix is reminiscent of the more effect-driven songs from Ducktails’ self-titled album. The only lyrics you can hear are coos about death; in the end, let’s hope the band wants us alive.

To conclude, Kvlt Ddy is a peculiar group of fellows bumming out over life’s hardships, expressing themselves along the way.  You can purchase Springing Graves, along with other releases, here.