Kristoffer & The Harbour Heads – “When You Say Stay” 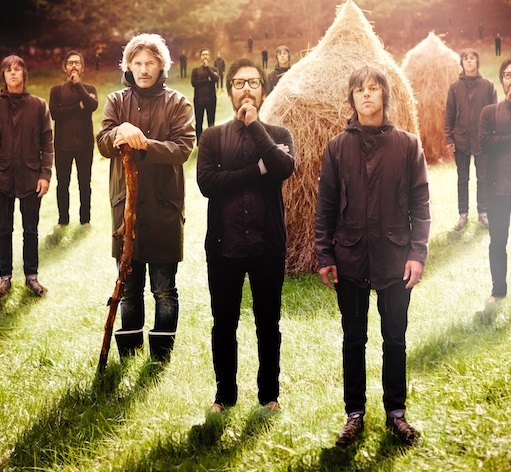 I first heard Swedish musician Kristoffer Ragnstam nearly a decade ago when I came across his album Sweet BIlls while working at my college radio station.  I found Ragnstam’s charmingly descriptive and honest songwriting style coupled with his gentle indie-rock remarkably appealing. In the late 00’s I pulled songs from that and the follow-up Wrong Side of the Room for countless mixes and his songs were the soundtrack for many moods at the time.

Since putting his solo career on hold, Ragnstam has created a new projected under the moniker Kristoffer & The Harbour Heads and guess what? They have a new single/video titled “When You Say.”

The video “When You Say Stay” features a full cast of immigrants and human rights activists residing in Dresden, Germany.  In the video, a plucky girl runs through an artsy wonderland, complete with abstract tree houses, exhibits, along with a zebra (which might actually be a horse?) Beneath the surface, “When You Say Stay” is all about lying through your teeth. Check it out below and be on the lookout for Kristoffer & the Harbour Heads upcoming full-length out this fall.