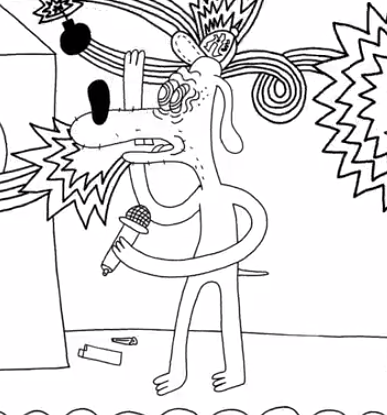 It’s not often that you see a rapper release a kind-of X-rated cartoon music video, but that’s exactly what we got from former Das Racist rapper KOOL A.D. this week. The video accompanies the song “Word” off of A.D.’s free project Word O.K. from a couple months back, and is directed by him and animator Teddy O’Connor. It features a dog and his rabbit (maybe?) girlfriend committing lewd acts, running over cops, and watching Guy Fieri freestyles, among many other things. Yeah, it’s probably something you have to watch at least once.  It’s definitely NSFW if you haven’t gathered that, check it out below.