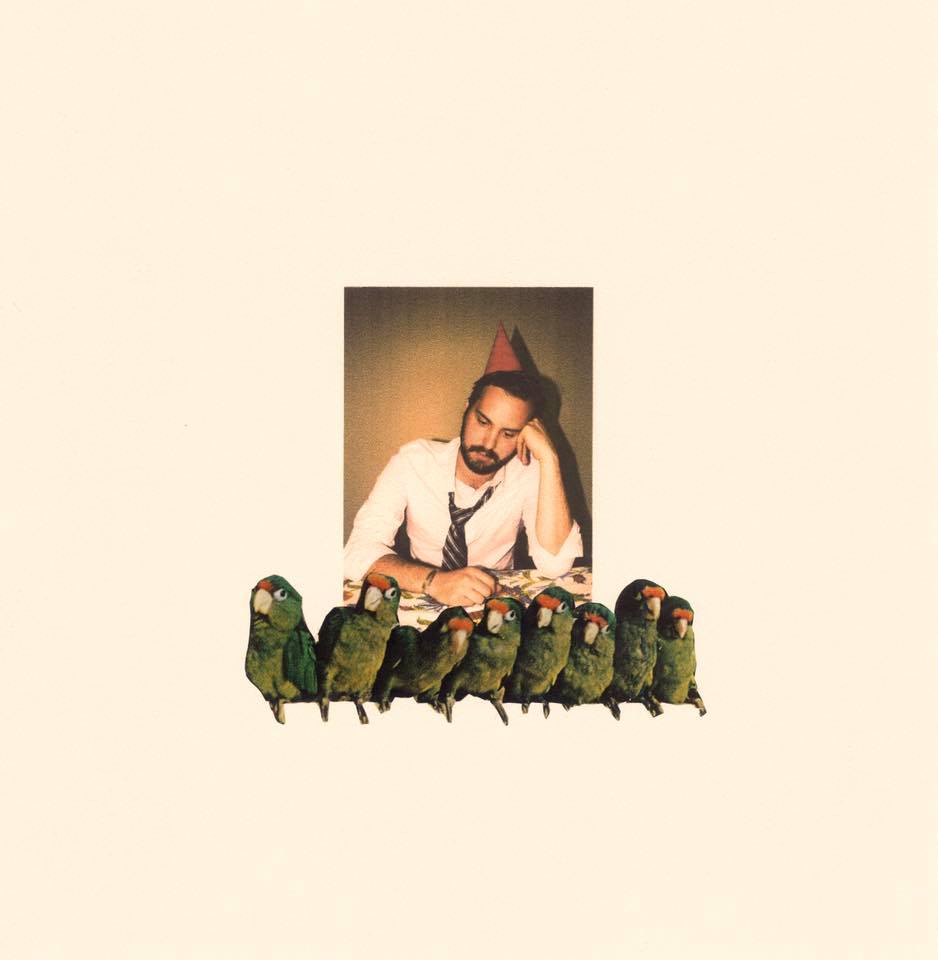 Atoms are the fundamental building blocks of all matter. They’re made up of only three basic subatomic particles – electrons, protons and neutrons, as you probably remember from sixth grade. Their dance, multiplied across the 1080 or so atoms in the universe, makes up existence in all its wild, varied forms.

The songs on I.T.T.I.P., the new album from Koko Neetz (Andrew Kothen, who you may also know for his guitar work in dreambeaches) are atomic in the sense that they start from almost nothing and put the same few components into motion with each other to propel melodies forward. While the atom has electrons, protons and neutrons, Kothen has an acoustic guitar, a drumset, a quiet piano, a shimmer, the hint of a Mellotron, and his own wispy voice with which to create.

And create he does – I.T.T.I.P is both a showcase of Kothen’s creative mind at work and a collection of melancholy pop songs, crafted from the same elementary particles but distinct all the same.

The album leads off with “Molecules,” which showcases Kothen’s atomic approach to song-building in more than name alone. Kothen’s voice and acoustic guitar form the nucleus of the song as he croons “In minutes my mind must be made up/no sure thing can mean too much.” But over the course of the next two minutes, elements are constantly added and subtracted from the arrangement. A warbly guitar adds muscle to a buildup, then disappears, only to re-emerge paired with a chirping piano and a whisper of low end. Where many musicians tend to layer on instruments until their songs can no longer support the noise, Kothen is minimal and methodical, never adding more than necessary, constantly searching for perfect balance.

All of that is not to imply that these songs feel like exercises in arrangement. The next two tracks, “Orbit” and “Fragments,” are pop songs through and through, powering towards earwormy choruses centered on quite worldly things. “Orbit” obsesses over ashes, atoms and oranges, while the outro of “Fragments” snaps us out a hypnotic melody as Kothen sweetly sings “Fuck me, fuck you, fuck this” and fades away.

“Nectar,” meanwhile, is an unstable atom, contrasting with the balance of the first three tracks. its core is a labyrinthine, Nick Drake-esque guitar line which seems to morph from section to section a moment too soon for us to catch our collective breath. There’s a sinister edge to it, but a carnivalesque refrain (“not to be seen again”) and the essential lightness of Kothen’s voice save things from getting too dark, making the experience of lack of balance exhilarating. “Nectar” is much like catching yourself after missing a stair, or falling down in the beginning of a dream.

The album’s high point is “Peppermint Why.” Here, instead of treating the bulk of the running time as a buildup, Kothen puts all of his elements to almost immediate use, making the song feel more complete and considered than any other. Recalling early Porches (think the basement pop of 2011’s “Summer of Ten”), Kothen unites his sweet and sinister sides in a three-minute rock epic. With twin stings of peppermint and accusation on his lips, Kothen wonders “Am I the fly or the flick?”, which may be a reference to “King Lear” but is certainly the sound of a man wincing. He tries to console himself with sweetness, but fruit and candy are cheap – he resigns himself to living in a world with “peaches and berries,” but no “roses and wine.”

It’s a stellar moment because of its balance. We no longer hear Kothen searching for the right mix of elements – the full arrangement hits within 20 seconds or so and sticks around. More than that, there’s a compelling emotional balance at work as Kothen contrasts sweetness and substance, using the former to stave off despair even as he accepts the absence of the latter. It’s the sort of gorgeous melancholy associated with artists like Elliott Smith – scientists think that maybe when it hits, our brain gets flooded with a hormone called prolactin, which is meant to curb grief. No matter the reason, it makes “Peppermint Why” a viscerally pleasurable listen.

In all, I.T.T.I.P proves that Kothen’s got a skilled creative mind, and whether we’re watching it at work balancing elements (as in “Molecules,” “Orbit” and “Fragments”) or enjoying more immediately fully-formed tracks (like “Peppermint Why” and “I.T.T.I.P”), there’s almost always something interesting going on.