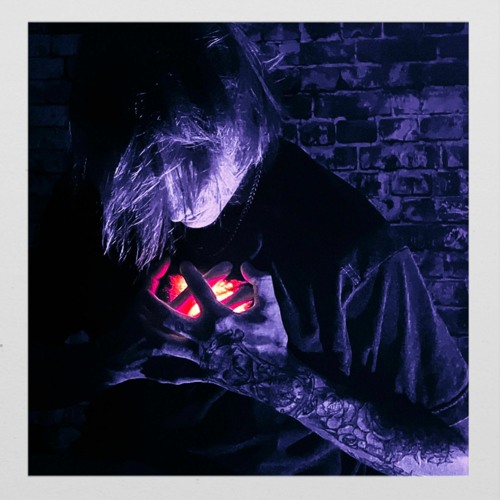 On October 1st, 2002, an artist named Kod!e was born into a life of makeshift homes & painstaking anxiety. To celebrate making it 20 years through this journey of life he calls the Cycle of Man, Kod!e decided to drop a 13 track album titled just that on his twentieth birthday, October 1st 2022.

The alt rock/hyperpop inspired album has distinctive vocal textures. On tracks such as “Burn This Town” and “STAY AWAY,” the Buffalo-based artist’s vocals carry similar timbre to a chainsaw in a horror film. Respectively, on tracks like “What is wrong with me” and “Descending,” Kod!e’s voice floats through the atmosphere he’s engineered for himself. The wide range in dynamics and delivery over Cycle of Man is what distinguishes Kod!e from peers in the Buffalo alt rock/hyperpop demographic.

A music video with scenes ranging from a cemetery to a Buffalo loft for track six, “I Knew it From The Start,” dropped a week after the album was released. The eruptive video was shot and edited by one of Buffalo’s newest music video directors, Saturday Session. Kod!e’s display of acting in “I Knew it From The Start” is visual proof that the art he’s creating means much more than mp3 & mp4 files. He’s trying to break the barrier between the screen & his audience, and it’s working.

Kod!e revealed to his fans that over the course of its creation, Cycle of Man went through as many as five “cycles” in itself. After roughly one year of experimentation, the Buffalo artist was ready to ambush the industry. If thirty three minutes & thirty four seconds of manic-depressive music that reeks of relatability sounds like your genre, then you’re going to love this.

Stream Cycle of Man on Apple Music or Spotify.

Watch “I Knew it From The Start” on YouTube