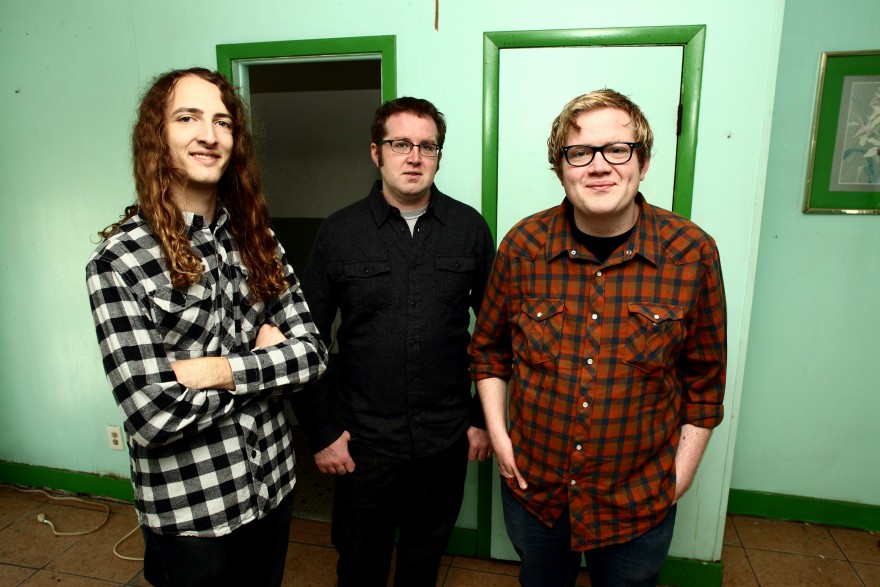 Lester Bangs once wrote, “nothing ever quite dies, it just comes back in a different form.” Now Mr. Bangs could have been talking about a slew of things, however most likely he was speaking of music. Cheap Girls fits right into the quote by the late rock critic. The Lansing, Michigan natives’ sound is reminiscent of late 80’s alternative rock, a time when bands like Husker Du, The Replacements, Uncle Tupelo, and REM ruled the college radio air waves.

After seven years and three studio albums – Find me a Drink Home (2008), My Roaring 20’s (2009) and Giant Orange (2012, the first album to be produced by Against Me’s Laura Jane Grace) – people are finally taking notice of the band. Currently on tour with Brooklyn’s The Hold Steady, Cheap Girls are on the verge of dropping their fourth studio album, Famous Graves, due out May 14th. “The phrase started taking on the idea of common error,” guitarist/ vocalist Ian Graham says of the album title. “It refers to obvious ways to make mistakes—ways to get caught doing the same thing over and over.”

Along with four studio albums underneath their belt, they have managed to release several 7 inch records, as well as an acoustic version of My Roaring 20’s, and a live album, Barely Alive. Graham and company gives credit to their hometown to their prolificacy. “There’s not a whole lot to do here, and I think that’s why we’ve been able to put a record out every year-and-a-half or two years.”

Cheap Girls are a band that have managed to fly under the radar. While everyone else has been taking Buzzfeed quizzes, they’ve been busy touring  countrysides non stop. It’s no wonder The Hold Steady has picked the band to open for them on this tour. Cheap Girls are everything that is right with the  post punk genre. It’s stripped down, bare bones rock music that isn’t too pretentious to accept the fact that there are benefits to song structure and guitar solos.

Catch them open for the Hold Steady tonight ($24, 8pm) at the Town Ballroom.