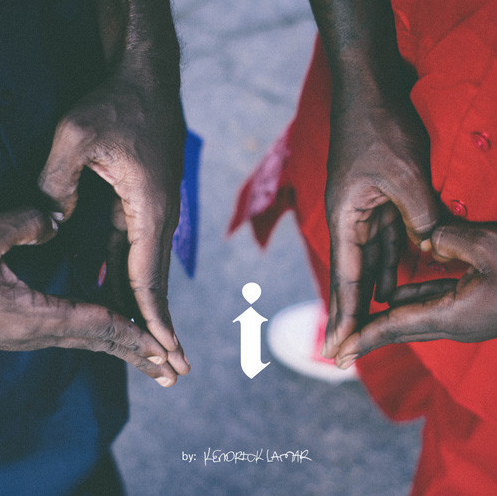 Yesterday morning, rap’s current co-president (along with Drake) debuted the first single off of his upcoming album. Titled “i,” the track was pretty much all about good-vibes. Centered around a chorus of “I love myself,” Kendrick fires out short verses with a rapid flow, essentially declaring that in order for him to give love to anything (the hood..music..his city) he first has to give love to himself. Content-wise, it’s probably most similar to his song “Real” off of good kid, m.A.A.d city. It’s note-worthy because “Real” was looked at by many as one of the weakest tracks on the album.

With “i,” Kendrick departed from his ghetto commentary (well, it’s an underlying theme) in favor of a feel-good track, and there’s plenty of backlash about this track because of that. As far as production goes, Pharrell brought back to relevance the quick-pluck disco-guitar with Daft Punk on “Get Lucky,” and it seems like that was some sort of inspiration for TDE producer Rakhi. He built “i” off of a sample of the disco-y guitar riff of the Isley Brother’s “Who’s that Lady.” The beat is wonderfully happy, and is a real achievement in composition. Complimenting the guitar is a funky bass line that turns into a solo at the conclusion of the track .

The problem that the h8ers have with this track isn’t the beat though, it’s that it doesn’t seem sincere to Kendrick. It’s too happy, not hard enough, not introspective enough. Kendrick loves himself, and not everyone loves that.

I personally am a big fan, although I do believe that this song would’ve been the song of the summer if he would’ve released it a few months ago. It certainly has that summer flavor to it with it’s upbeat nature. I could easily imagine some high school girls riding with the top down on their dad’s convertible as they scream “I love myself” as this song blasts. And that’s perfectly okay, because Kendrick’s last album had major crossover appeal (“Bitch, Dahn’t Kill My Vibe,” “Swimming Pools”).

Those concerned that this song is completely representative of some sort of “new” Kendrick sound have a short memory. In October 2012, when GKMC was set to drop soon, snippets of the tracklist were premiered and everyone was up in arms about songs like “Backstreet Freestyle” in which Kendrick toned down his lyricism in favor of braggadocio. What they didn’t know then, and what we don’t know now, is where this song will fit on Kendrick’s album. He certainly has a plan for it. Enjoy it because it is both fun and different. No one’s ever questioned Lamar’s versatility behind the mic, and this is just a shining example of something else he can do.

I’ve heard the Andre 3000 comparisons on this track, and I can definitely see it. I’m sure he’s been an influence to him over the years, but to me this is a Kendrick song to the core. The hook is catchy, the flow is complicated and crisp, and the theme is open-ended enough to be able to fit perfectly into the album’s big picture, even if we aren’t sure what it is yet. Appreciate it now, and appreciate it again when the album comes out and it makes even more sense. All hail King Kendrick, and give it a listen below.