Katie Morey – Friend of a Friend 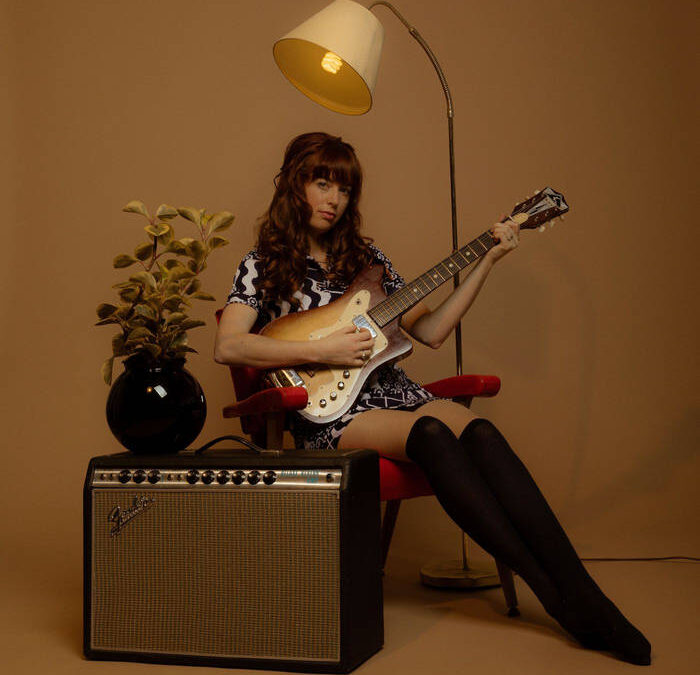 About two minutes and thirty two seconds into Friend of a Friend, I downloaded the LP in its entirety. It was at that moment I knew that Katie Morey did not come to just play guitar or sing some songs; she came to create a moment that would last forever. The musical artist from Rochester has had quite the year so far with seven singles, a whole collaborative project with Pleistocene called Ontario Girls, and most recently, her debut LP Friend of a Friend… and it’s only April. She’s given us several years worth of music in the span of three months; Morey is a seasoned musician, but it almost makes rookie of the year sound like an understatement.

Album opener, “Hotter Than Heaven” is an excellent distillation of Katie’s work. The song starts with plunking piano chords laid overtop simple electronic drum samples that together, create a warm and nostalgic atmosphere. Eventually, acoustic drums are layered in, as well as Morey’s honeyed vocals that bring to mind a retro (but never dated) sensibility, not unlike that of Rilo Kiley’s Jenny Lewis. The album never strays from its bedroom-pop origins, but sounds excellent from a production standpoint overall – it has that ultra-sincere, super-intimate vibe that many artists strive for, but never get right.

Each song will take you on a vivid journey through the nooks and crannies of your mind that you forgot existed and it’s a pleasant surprise. Subtle details such as the abstract percussion put on “Scavenger Bird” is what separates Katie Morey from her musical contemporaries. Her voice has this intangible sense of familiarity, yet it’s unlike anything I’ve ever heard before.

Katie’s lyrics take on very interesting conceptual value; they’re vague but unlock the doors to specific memories you can relate to saying things like “I wonder how much pretending we do to survive” on her track “Trial by Fire.” The track also features a riveting breakdown/switch up halfway through which seems to be a signature staple of Katie Morey’s work. Another line that hits just right (or wrong, depending on how you look at it) is, “Better to kill those dreams yourself than let somebody else” in “Mother Mercury,” which juxtaposes nicely against her otherwise sunny take on indie pop.

One of my personal favorites off of Friend of a Friend is “Daisy Chain.” The introduction is so dark and eerie until the beat comes triumphantly, marching in accompanied by a determined bassline and groovy-ass guitar licks.

Each and every track on Friend of a Friend has its own essence tailored to each and every individual that experiences it. Do yourself the favor and tune in before the whole rest of the world.