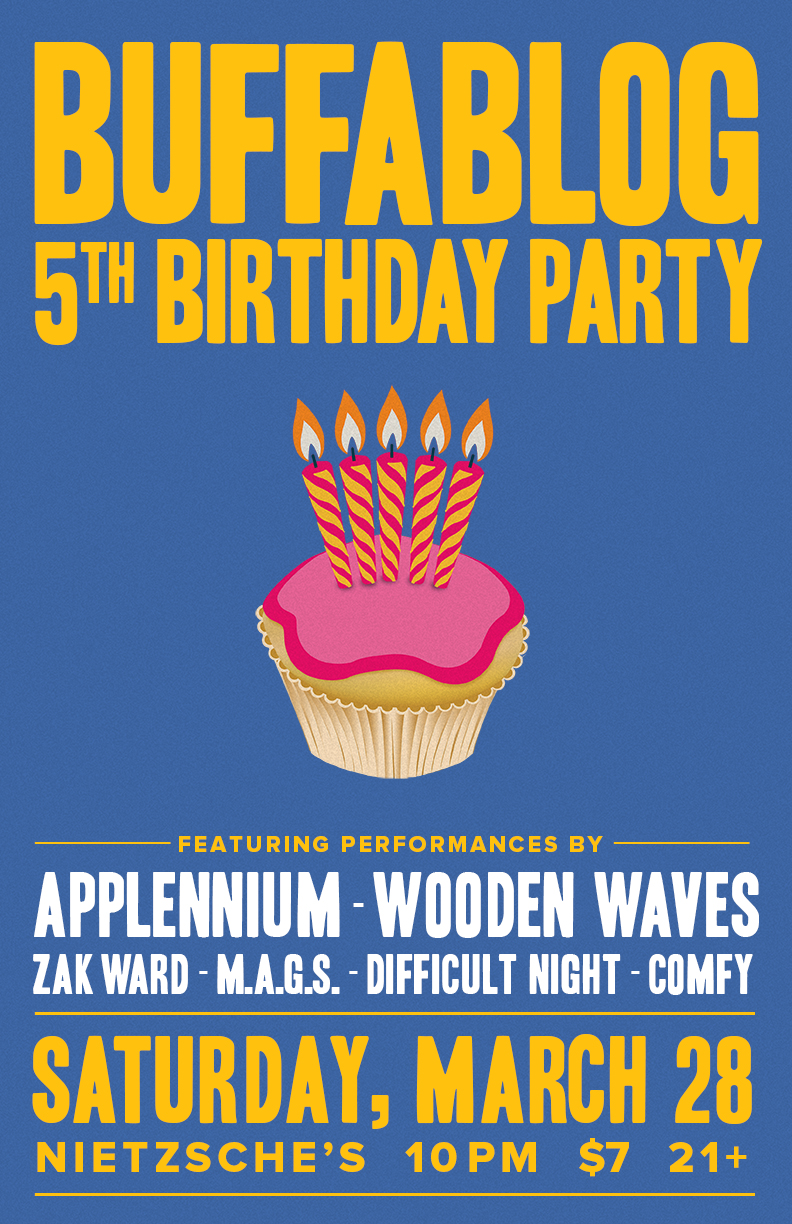 Just about four years ago, we threw our first birthday party at Nietzsche’s. We only had about six regular writers at the time, and none of us knew the first thing about putting on a show. Half of the musicians we asked to play were underage (something Curt still won’t let me live down), we were clueless on what to pay the  bands (we played them A LOT that night), and really had no idea if anyone would come. We even asked Lloyd Taco, this is before Chris and Pete had a fleet of trucks and were being given $250K by CNBC to open a restaurant, to park outside for food. We practically had to beg people to go out and get tacos. This was before the food trucks really took over Buffalo mind you.

That birthday party ended up being amazing, still one of my favorite shows we have ever put on. We had the place packed, which shocked the small staff and confirmed to us that the blog was doing something right, or maybe we just booked some good bands on the bill. Speaking of the bands – The Tins, The birD day, Love Scenes, Arctic Death, and Medison – they all put on some of the best sets we had ever seen from them. We ended the night thinking that maybe we were on to something with this blog, and we never really looked back since.

So next month, on Saturday, March 28th, we are celebrating five great years of the blog, and we decided to return to Nietzsche’s, back to where it all began for us. Using both the front and back stages, we have proudly put together a bill of some of our favorite acts from Buffalo and beyond: Wooden Waves, Applennium, Utica’s Comfy, Difficult Night, M.A.G.S., and Zak Ward featuring former Son of the Sun band mate Jeremy Franklin and Sonny Baker, the latter currently holds the record for playing the most blog party sets.

We hope you can join us for what we are sure to be a special evening. The party will begin at 10pm with a cover of $7.