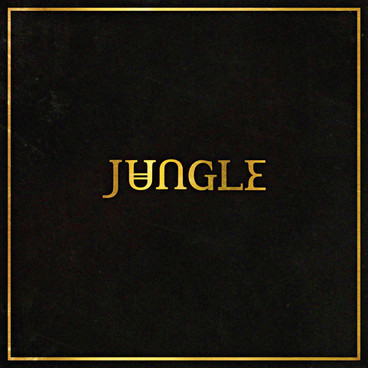 Last summer, a UK production duo went incognito under the aliases of simply J and T to form a mysterious group known as Jungle. At first glance, the group just seemed to be another batch of aspiring musicians venturing into music under an unorthodox method to grab people’s attention, but upon listening to their early releases, it became clear this group had something extra special to share. It wasn’t until recently that the world learned the identities behind the J and T of Jungle belonged to Josh Lloyd-Watson and Tom McFarland, both of who previously fronted the British pop act Born Blonde. This time around, the duo has sworn to make the music they’ve always intended too with their set of reshaped electro-funk, summer jams in their very first, self-titled album.

For as long as criticism has existed, people have argued over whether something is truly creative or modest trash. Jungle ignited that debate a little further from their music videos as they cater to the Generation Y audiences with Tumblr-friendly and viral-ready visuals. They may not strike some sort of deep emotional chord, but they are undeniably infectious and provocative. The music video for “Platoon” features B-Girl Terra, a 6 year old UK break dancing phenomena made particularly famous over here stateside from her performance on The Ellen Show. Jungle is uninterrupted party music straight through, and the silly music video further show how people will continually critique to insinuate depth where none is clearly meant.

“Busy Earnin” starts and showcases what Jungle is all about as it passes seamlessly through three minutes of nonstop-synthesized horns and budding synths that fly over a youthful, contemporary mindset of making a living by being “This busy earning. Just can’t get enough.” This song signals the simplistic, dance-riddled beats the duo is focused on using track to track, and they’ve also thrown in some punchy bass, hypnotic guitar notes and early soul reminiscent vocal techniques for good measure. “The Heat” really took me by surprise, not because of its skillful funk rhythm, but because it manages to stack three separate heat remarks in the span of a few seconds: genuine temperature, sexual innuendo, and the police.

Midway into the album, “Time” and “Julia” start playing their welcomed tropical, drum-filled smashes that are irrefutably destined to be appointed party starters for the playlists of thousands for the upcoming summer months ahead. Often times, the tracks on Jungle are cluttered with so many different stylistic elements that it becomes hard to distinguish what’s exactly going on, but on “Drops,” there is a certain hollowness encapsulating it that concede for the instrumentals and vocals to work in perfect harmony. The most exciting offering from Jungle is the laid-back “Platoon,” a song deeply rooted in psychedelic grooves, slick synth beats, and pitch-perfect falsetto notes that really make you understand why this duo’s music is becoming international catch fire.

Jungle’s self-titled debut effort is without a doubt an auspicious start for a duo whose solely focused on making an imprint on the uplifting, party music scene. The modern re-framing of electronic-funk music for today’s listeners is a market not yet fully tapped into, however, it seems as though once Jungle is released, it’ll spawn a huge influx of unsatisfactory knockoffs.