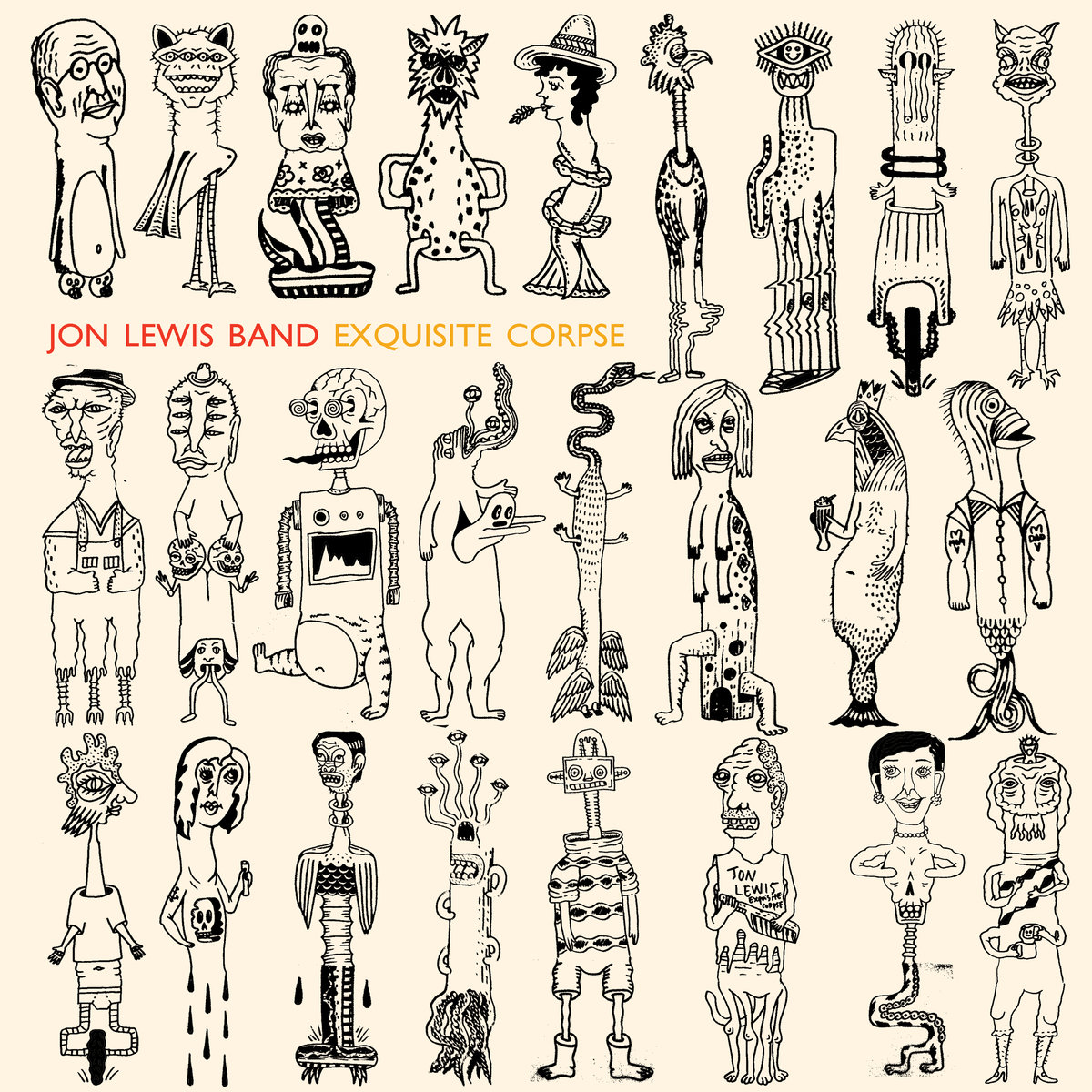 Jon Lewis is a pretty much a staple in the Rochester music scene. The hard-working musician is more or less a fountain of new material, be it from his well-rounded solo project Jon Lewis Band, or his Wiggles-inspired educational alter-ego Mr. Loops. This week we’re checking out his brand new full-band album Exquisite Corpse, which proves Lewis’ shining time as a musician and songwriter is all but fleeting.

Exquisite Corpse drives home the idea that unadulterated indie rock is not dead. So many mainstream acts today aim to reinvent the genre–often times favoring decadence over organic musicianship–in an effort to distance themselves from the ordinary; the result can barely be considered indie rock. This exodus of sorts has left a void–a void that Lewis seems to fit perfectly.

With a pop rock sensibility to rival that of Matthew Sweet and hooks around every corner, there is no shortage of catchy material on Exquisite Corpse. The lead single “Pooch” and the corresponding music video vibes hard on nice weather and good company with sunny progressions and vocal melodies, closing out with a pandemonious guitar / organ solo. Also, listen to “Find My Keys” while driving (apropos) and just *try* not groove out Grateful Dead-style. If any song on Exquisite Corpse was written for cruising, that’d be the one.

The rest of the album is as well-rounded as the single. “All Nighter” dials up the psychedelia a bit but retains an infectious charm, “Weak Days” strolls brightly through subject matter on the solemn side, and album opener “Along the Way” is as an opener should be: a balanced representation of the album as a whole.

With an all-star cast of other Rochester musicians on the record (including Dave Drago of 1809 studios, who co-wrote and produced the album), it’d be tough to write something even remotely sub-par. Exquisite Corpse delivers an full-length’s worth of solid summer tunes, listen along below and visit the bandcamp page for digital downloads