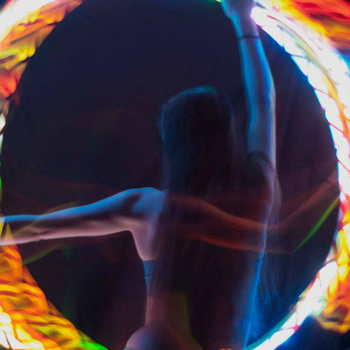 As technology has gotten more sophisticated and more accessible, it’s become harder to to nail down a bedroom record. I mean that in the sense that it sounds like it was recorded in someone’s bedroom, not in the sense that you could throw it on and screw. Excepting the people who seek out obsolete technologies, the bedroom record is no longer something you whisper into a four-track recorder while your parents are asleep. You get 255+ tracks, a whole Internet full of sounds and samples and maybe your own apartment.

Which is great in its own way. I don’t necessarily agree with the notion that more music getting made is an unmitigated good, but I’ve heard some excellent tunes that never would have gotten produced if the cost of recording were greater than zero dollars. That said, some of the best creative advice I’ve ever heard was to “set limitations and move forward,” and I can’t help but think about what Joe Mason might have created with more limitations.

His self-titled release, out for a little while already on Bandcamp, is a refreshingly playful batch of tunes dreamed up by Mason and, on a few tracks, co-conspirator Alex Finkelstein. Imagine Broken Social Scene in its groovier moments, David Byrne with a prescription for anti-anxiety meds, or Wayne Coyne with less ego and an eighth and you’ll be in Mason’s ballpark.

Mason strikes as a bit of a maximalist, which works well for him for most of the album. The extra-catchy “The Same,” for instance, never stops hitting you with melodies, with all the spaces the vocals leave empty being filled by multiple guitars and what sounds like at least three toy pianos. “The Sun” sounds like what would’ve happened if there had been seven Beatles and five of them were percussionists. “Made For You” is a compelling exercise in delay and ambiance until the beat finally drops about halfway through and we can really groove.

But Mason is at his best when he keeps it simple. “Lazy Day” opens up with the same kind of fast-as-hell cartoonish run that pops up all over the album, but all you really need is the vocal hook and you’re right there with Mason when he sings about being “high as a motha fucka sitting on the back porch” with his lady. Same goes for “Young Days,” which closes the album: it’s maybe the most instantly memorable track on the release, and that’s because Mason’s vocals are front and center with a line like “If your mama loved you and your daddy didn’t fuck you, then you’ll probably be okay.” Assuming you’re with Mason and that line isn’t horribly, viscerally triggering, it’s irreverent, charming and catchy as all hell.

So I can’t help but wonder what kind of awesome album Joe Mason might have created with less multi-tracking and more limitations. There aren’t any bad songs on this release, to be sure, but a Joe Mason forced to pare down and hone in could be truly great. The fellow is absolutely a talent, and this album is a welcome corrective to all the mopey, heavy and dissonant stuff out there. Check out “Young Days” below and click through for a free download of the whole damn thing.