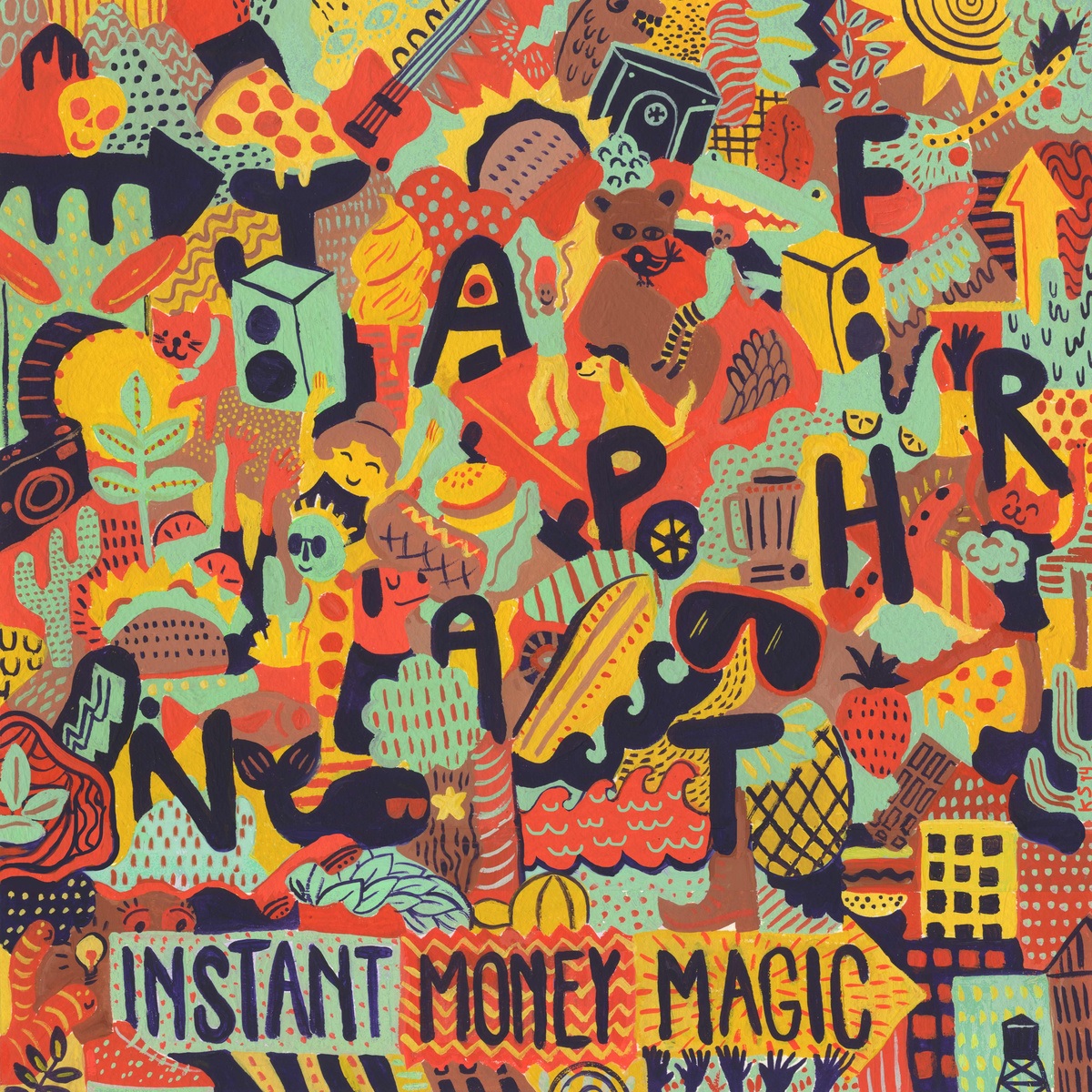 “Do it–don’t try it” could be Japanther’s motto. The duo, consisting of Matt Reilly and Ian Vanek, have proven they can keep creating fresh, innovative material again and again. Their approach is just as avant-garde as it is rooted in plain old experimentation. Since forming in 2001 at art-haven Pratt Institute (the place reeks of hard work), they’ve performed at the Whitney Biennial in 2006 and always included an artful touch to their live shows, whether it be inviting a multimedia artist to collaborate with them or putting on a performance art piece.

For a group that’s been around the block once or twice, it’s impressive to see their latest release, Instant Money Magic, can be just as brazen as their “coming-out-of-the-closet” albums such as Master Of Pigeons or Don’t Trust Anyone Over 30. The same elements are there–churning, pumping guitar rhythms and stomping drums–but the content has stripped down. It’s disheveled in a good way like one of those days you deliberately don’t shower as a silent middle finger to society (insert your own minute personal rebellion here).

Many of the tracks begin with a sampled introduction, that’s normally popular in electronic music (think of DJ’s using 1950’s big-band into crashing drops), but here serves as a short anecdote and insight into the song’s quintessence. One can argue against this point, but these samples definitely came before they put the tracks together, like Japanther took clips from their musical notebook. “Wiggman,” “Do It (Don’t Try),” and “Song of the Sun” begin with these interludes that run along the same vein. “Wiggman” samples a PSA service announcement from the 1980’s about guns and graffiti, “Do It (Don’t Try)” features a man saying ‘all this bullshit they be talking’, and “Song of the Sun” relays a man fervently speaking about how we should watch out for forest fires, and especially Kurt Cobain, because “he has a gun–I’m sure he can be subdued–but he might hurt himself…”

What makes this album, and specifically one of the appeals of Japanther’s music, is that they keep it short and simple. There’s no twenty minute reverberation session that makes your ear hard-on go limp. “Guns, Guns, Guns (ft. Total Warr)” is a quick daydream of waif-like vocals against a dizzy instrumental. “Green Jug” takes a break from the punk-rock with its wallowing chords and reverb that sounds like angelic bells against a tight  hip-hop beat. “Onondaga” sings about laughing and playing all day in one’s home,  referring to the Onondaga Nation’s recent beef with the Supreme Court over their land violations. You might have to look that up, but after you do the lyrics click.

Maybe Instant Money Magic isn’t as pithy and witty as their former work, but it surely keeps up the slack and makes the point that they’re still in the game. The only downside to the album is that it sounds breathless and anxious, not slowing down (except for “Green Jug” because that song doesn’t include vocals) and giving that moment to grasp onto. Sure, it mimics the endless rat race, especially in NYC, but sometimes we need that clarity in an album to absorb.