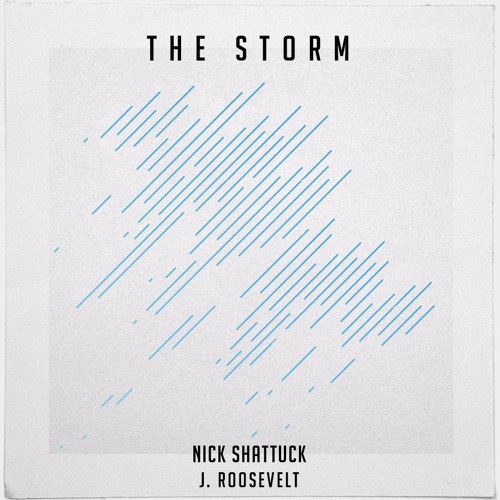 Producer and California native, J. Roosevelt, first heard “The Storm” live at a Hotel Cafe where songwriter Nick Shattuck was performing a minimal acoustic set with just a percussionist and his guitar. When Roosevelt approached Shattuck after his show to ask if he would be open to a remix, they both decided a collaboration was in order. “The Storm” is their end result, a moody, electronic torrent of dark rolling synths that maintains Shattuck’s bare bones Mississippi River roots while keeping the vibe contemporary and electronic.

Shattuck and Roosevelt are offering “The Storm” for free via Soundcloud.