Is Discography Dilution A Problem? 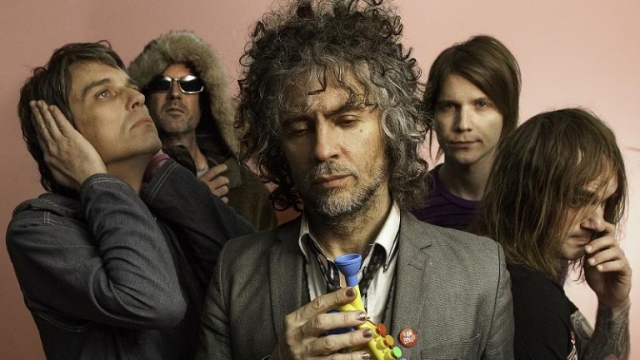 Last week, a rather strange rumor hit the internet. Apparently, The Flaming Lips were going to record a “companion” album to The Dark Side Of The Moon. The idea was that you played the two albums simultaneously and that they sync up, just like The Wizard Of Oz.

Well, the whole thing turned out to be a big April Fool’s prank, but it’s not hard to see why people believed it, or why it was a bit troubling. The Flaming Lips have been doing a lot of this lately – and there’s a case to be made that it’s been  too much. Last year’s The Terror was a wonderful album, and it didn’t get the respect it deserved, but it’s just one of a number of things they’ve been putting out in recent years and the quality tends to vary. First, there was that six-hour long song  that no one completely understands the reasoning behind. Then there was their song-by-song cover of Dark Side. Let’s not forget the highly questionable decision of making a song with Miley Cyrus. Simply, the Lips seem to be indulging every idea that pops into their head – with varying levels of success.

The question is, does this matter? As long as the good stuff the Lips put out is still good (which it is), should we really worry about the projects where they miss the mark? After all, plenty of great artists have been incredibly inconsistent. Any Elvis Costello diehard can tell you that for every brilliant record like Blood & Chocolate and Imperial Bedroom, you get more difficult stuff like Il Sogno or The Juliet Letters. Those albums aren’t necessarily bad, but they do tend to come more from a desire to experiment with other genres rather than to make the best albums he can possibly make.

Frank Zappa was probably the ultimate example of this phenomenon, releasing tons of albums, at varying levels of accessibility and quality, and genuinely did not seem to give a rat’s ass what anyone thought of any of them. In a lot of ways, this is why Zappa is so respected; he was completely unwilling to compromise, made whatever music he wanted to make (at an extremely high volume), and the commercial viability of the resulting music was of the utmost unimportance.

But while Zappa gets praised for this, other artists can deeply frustrate fans for doing the same thing. Consider Ryan Adams, one of the more prolific songwriters of the 21st century. No one doubts that when he’s on, he’s on, but so many genre exercises of varying degrees has left his musical batting average lower than it could be. To his biggest fans, this is no problem, and in fact, it’s probably highly rewarding. But for the more casual fans, it’s hard not to wish he’d just suck it up and make Heartbreaker a bit more often.

So, where do the Flaming Lips fit into this equation? It’s hard to tell just yet – for their first two decades of existence, they were traditional album-every-two-years-or-so type band, and they’ve only recently embraced rapid-fire releases whenever a new idea hits them. The early returns have been equal parts promising (the Heady Fwends album was better than it had any right to be) and frustrating (the aforementioned Miley collaboration and the Dark Side cover). The next few years will go along way in determining how successful this era of the Lips career is. On the plus side, the even-more-free-than-usual approach to their work could lead to something rewarding. But there’s also a chance that their eagerness to release  new experimental works that don’t match the high standard of their best could damage their credibility, and leave newer listeners alienated, wondering what the big deal about these guys was in the first place. And that would be a real shame.