Hy-Fin Remixes and Mashes for Brandy 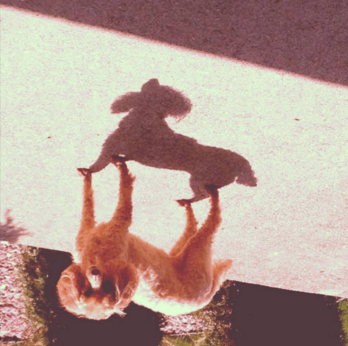 Buffalo producer Hy-Fin has been remixing and reworking some of hip hop’s best tracks from the last 15 years or so. At the tail end of October, Hy-Fin organized the tracks (for the most part originally posted on Soundcloud) into three different projects on Bandcamp, the largest of which being Brandy.

The album’s opening track is composed of some wonderfully delicate piano, on top of which Hy-fin throws on the wonderfully delicate Drake and some of his vocals from early breakout single “Over.” Brandy moves forward with some more Young Money work, including more Drake and a chiller, more musical rework of Lil Wayne’s smash “A Milli.” Hy-Fin slides over to the ATL for a remix of Outkast’s “Rosa Parks.” Andre 3000’s vocals really drive this song, as Hy-fin stripped down the instrumental to let them shine. The instrumental also includes some DJ scratches in homage to the original beat. On “Without My Mind,” Fin re-imagines the playful Eminem hit “Without Me,” dropping the whimsical original production in favor of some excellent vocal sample chopping.

Hy-Fin also includes some vocal-free instrumental cuts on here. Among them is the warm, mellow “Hot Water,” a beat with a jazzy horn lead and some sharp drums to vibe to. The project also includes the instrumental “Sure” both as a solo track and with Wiz Khalifa’s “Say Yeah” vocals on top. Each are worth the listen. The dueling guitar licks that lead the tracks add incredible depth to the instrumental, and when Wiz’s vocals join the party they sound surprisingly inquisitive. Hy-Fin puts away the cool vibes in favor of some thumps for “Kim Kardashian’s Wedding Song,” a song title that proves to be pretty appropriate.

All in all, both remixes and instrumentals from Hy-Fin serve as great listens. He works in collaboration with the flow and sound of the artists he remixes, so when you hear the final product there’s a seamless connection between beat and voice. Hy-Fin’s standalone instrumentals are just as impressive, crisp and chameleonic in all their different sounds. Check out the rest of Hy-Fin’s work on his Soundcloud and Bandcamp, and listen to “Kim Kardashian’s Wedding Song” below.