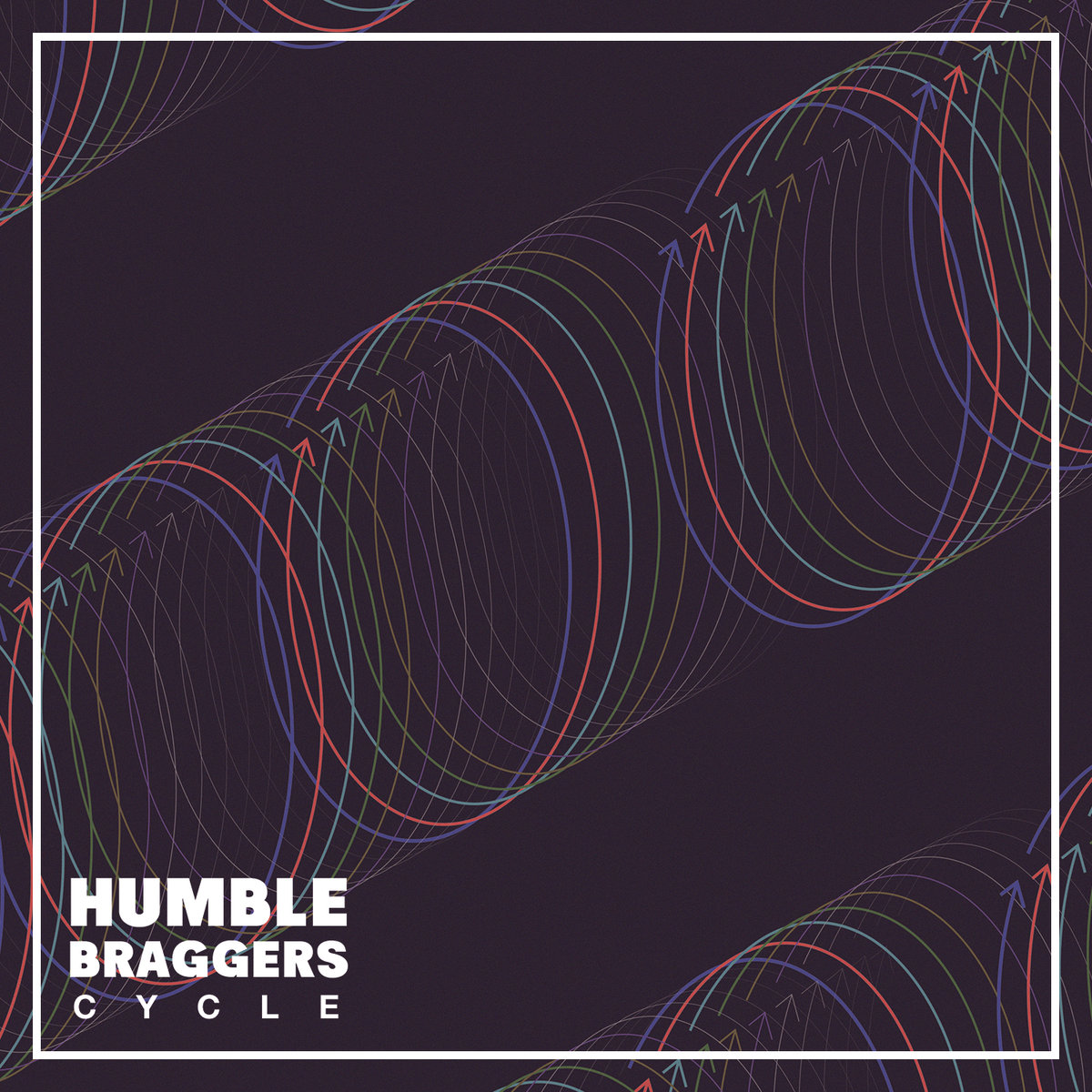 Cycle, the latest EP from synth-pop quartet Humble Braggers, is excellent, danceable and almost entirely bereft of hope. The cycle that the album title alludes to goes something like this:

Sounds depressing, right? But it’s not. Even as the lyrics dwell on despair, the songs themselves carve out a euphoric space where pain gets put on hold as we give ourselves over to the music.

We start with “Reckless.” In a stripped-down verse, bass and a simple beat drive us forward as vocalist Tom Burtless softly intones:

“You’ll never get what you want it’s pointless… It’s rinse wash and repeat. It’s the cycle you wish you could defeat.”

But instead of collapsing into despair, the synths bubble up and explode into the chorus, with Burtless chanting “I know, I know I’m reckless.” It’s a thrilling, defiant moment – in the face an inescapable cycle, acting recklessly can be a satisfying-if-futile exercise in control.

“Am I Okay” follows, charting the aftermath of this reckless behavior. Whatever risk Burtless took, it apparently didn’t go well, and all the Campari in the world can’t help him to shake it. As with “Reckless,” we’re driven forward by the bass, but the chorus that erupts is not an explosion of momentary power but a cry for help.

But there’s no comfort here, even in the arms of another. “Moon” comes next, and like its melodic twin, N*SYNC’s “Tearin’ Up My Heart,” it centers on a relationship that’s so intense that the narrator can’t tell what’s more miserable: being together or being apart.

The second half of the EP is more sedate, interested in charting the cycle rather than in breaking it. The title track, “Cycle,” feels like a lost Porches track, with Burtless’s melancholic croon hanging above a simple rhythm and arpeggiating synth that builds into an unexpected but anthemic chorus. Burtless wonders if he can really change, but before he knows it, he’s back in the cycle “again, again, again, again, again, again.”

By the time the closing tracks roll around, Burtless has more or less given up hope. On “Rules,” he decides that trying too hard to make things better is doomed to end in failure. On the final moments of the EP’s last song, “What Now,” he sings over a lone piano: “When everything is brought down to ruins and remains / You’ll find yourself below the mess you have made.”

Kind of a downer. Yet when Cycle ends, we don’t feel shattered. We feel re-energized. Like much good dance music, Cycle mines despair to create relief, summoning the specter of depression to set the stage for catharsis. When Burtless sings over a slamming synth and a shifting beat that life feels pointless, that love feels impossible, that change seems futile, he’s not doing it to bring us down. He’s doing it to remind us, implicitly, that the best “fuck you” to all of that miserable shit is to dance.