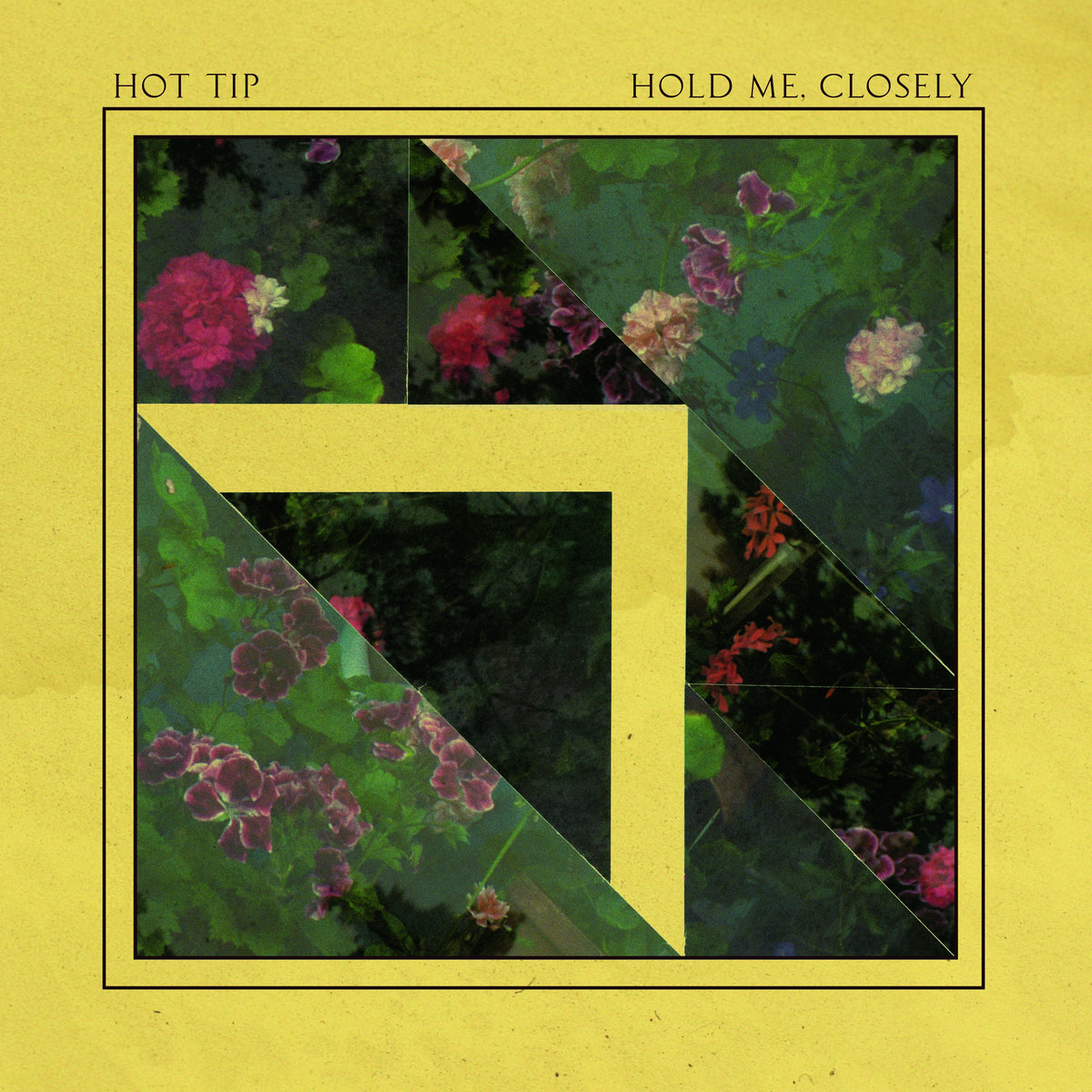 Hailing from Buffalo, Hot Tip delivers a cohesive collection of electrifying cuts on their new 12″ LP, Hold Me, Closely. Formed in 2013, Hot Tip is made up of Katherine Goewey on vocals, drummer, Irene Rekhviashvili, both from the band Pang, guitarist, Stephen Floyd from the Mallwalkers, and bassist, Keely Guiliano from Cross Stitch. Hold Me, Closely was one of those late 2016 releases that needed to be talked about in 2017.

The quartet is not one to fall neatly into a singular classification of what it means to be a punk band, that would be too easy. That would be too boring. Instead, what makes the band interesting is the fact that they fill Hold Me, Closely with a balanced assembly of different punk/rock elements. The band prefers to describe themselves as “free punk,” as they’re not just one styling of the genre. They are made up of splatterings of hardcore, garage and post-punk sonic pieces.

Tracks like the opener, “DNA,” “Plastic” and “Aughts” have a controlled ferocity about them that’s evoked through the melodic and rhythmic drumming that serves as the group’s anchor. Unlike some traditional punk drumming that will meander into a blast beat in order to get the energy of the song sky high, throughout Hold Me, Closely there isn’t any worry about hitting 150 BPM as they are able to make driving and relentless music just the same. This helps to balance out the rest of the sounds on the album, like the guitar, which at times sounds like a ball of white hot energy that wants to chaotically shoot around the room, but instead gets contained and focused by the rhythm section into a high powered beam, like during the tracks “Teratoma,” “Aughts” and “Fiction.”

This sonic tight wire act between the two sections is made more complex when the vocals are added, which rounds out Hot Tip’s organic and abrasive sound. Goewey’s vocals slice through the dissonance happening behind her and adds a frantic energy and witty set of lyrics. Like on the closing to the track “Plastic,” “I see your plastic better than you do, I see it, I see right through you,” she says on top of a booming drum beat and high intensity, screeching guitar. And on the song “Teratoma”, a medical phrase referring to a type of tumor that’s partly comprised of the person’s own body tissue, is segmented into separate elongated syllables to line up with the drums, which creates a nice melodically infused assault. There are other moments where the band reins things in just a bit, like on “Trash Ranch” which sounds like a mellowed out Lost Sounds cut. These less ultra intense moments don’t bog down the rest of the album and actually help broaden the band’s sound. Instead of going 200 mph all the way through, they can take their time with a track and really flesh out what they want to do. With that said, there isn’t a track on the album that goes beyond 3 minutes.

You can pick up Hold Me, Closely through Spiral Scratch Records, Record Theatre, Gutter Pop Comics, or through One Percent Press.