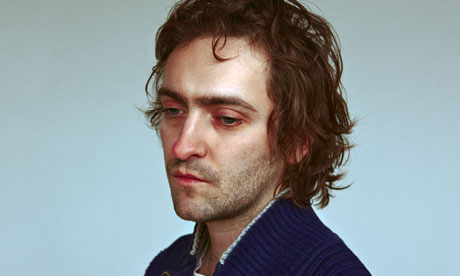 Upfront, I just have to tell you that I’ve been dying to see Hooray For Earth since Janauary of last year. A Johnny Come Lately to their 2011 debut, True Loves, after somebody on the blog (probably Mike Moretti) flagged them as a band to check out for their “M83 but weird” vibe, their show at the Ninth Ward was high on my list after 2012’s M83 blowout. Formed in 2005 as the brainchild of multi-instrumentalist and songwriter Noel Heroux, Hooray For Earth became a hit with music bloggers thanks to the incredibly solid True Loves, which earned the moniker “cult favorite” and marked the band as one to watch. Unfortunately, fate cruelly intervened to scotch the show.

Fast forward to this July and the release of Hooray For Earth’s sophomore effort, Racy. Guitar driven and more in your face than its predecessor, Racy represents something of a departure for Heroux and Hooray For Earth. With the band in full promo mode and back on the road in support of their new album, Hooray For Earth are making good on their promise to get up to Buffalo next week, and last week I had the chance to talk to Noel about the new album, Sugar City, and food in NYC and Brooklyn.

buffaBLOG: So congratulations on the new album. How’s the tour going?

Noel Heroux: We’re in the 2nd day. We were in Philly last night. It’s cool. Very relaxed this time around. Nice.

bB: Going into the new album, what was it like following a cult favorite like True Loves?

NH: With True Loves, it was fun. I recorded that alone basically. Other guys would play drums or bass here or there but mostly I recorded it on my own and did whatever. It was very easy going and that’s good, that’s cool, but this time I just wanted to just make a studio album and have the band fully playing. Chris Coady (Antlers, Beach House, Smith Westerns, We Are Scientists), who mixed True Loves, and for this one, we just worked together. He was the producer on it and we just did the old school studio album thing and I just stripped away the nonsense. Not that True Loves is nonsense, but we made it [Racy] pretty straightforward. What you’re hearing is what you’re hearing. There’s not a lot of tricks.

bB: Lots of guitars too.

NH: Yeah. That’s the thing on True Loves is that it’s mostly guitars but you don’t really notice because I made everything sound like other stuff. The guitars are massively tuned down and doing layers, and a lot of direct recorded guitar or two chorus peddles on the guitars ended up sounding like synths so everybody thought everything was synths too. But this one is more like guitar in your face, which was fun.

bB: You mentioned going for the old style classic vibe recording it as a band. Is that a reaction to anything, or just something you wanted to do for your next album?

NH: It was little bit a reaction to True Loves because like I said, I recorded that alone, a home recording. This time we thought it was appropriate to do it the other way with the band fully involved. It is what it is.

bB: Where there any classic influences you were trying to channel?

NH: I’m always hesitant to answer those questions. I don’t like to hear something and want to do THAT. There are some 90’s rock albums that sound crazy, and we were going for that sound, but nothing in particular. I was talking to Chris Coady and I was like “why don’t I write a bunch of songs and you and I will put it together how we see fit in the studio.” His approach to recording is a lot different than mine, but it was never a bad feeling, and in the end, it was easy. He’d say “I think we should do this” and I was like “ok, fine” (laughs). From start to finish, it was very fluid, and there wasn’t any push or pull really. We just let it come out. We didn’t worry about it too much.

bB: That makes total sense. You can definitely hear that it’s relaxed, with a natural sound. It doesn’t sound forced, which is kind of cool. Naturalistic and accessible, that is something I loved about your first album and it continues on the new album. A lot of bands try too hard and they end up sounding forced, whereas with Hooray For Earth, it always seems real.

NH: That’s cool. It’s always good when it sounds like they’re not trying too hard. It’s like I care, but we weren’t pushing anything in particular. Sometimes it’s akward for me to try and put music that I come up with into a band format. It’s not the way I initially think of things at all, but we decided to do it and try to make it work as a band. I just showed everybody the songs and we just kind of played, and Coady was there to just help capture everything without us having to think much. I don’t want you to think that I just sat around and…

bB: No, no. When I say “try too hard,” I mean they overdo it. With you guys, you have the ambition and soaring music is there, but it’s not like you’re wrassling to get it out there.

bB: Now coming to Buffalo and playing Sugar City, one of the first shows at a new art space in Buffalo after closing down a few years back.

NH: We heard about that. We’re pretty psyched about it because we were supposed to be in Buffalo January of 2013. We had a short tour with Bear In Heaven and our van broke down, and ever since then we’ve had it on our radar that we have to get over to Buffalo and get back up there. Unfortunately it took a really long time, but we just weren’t doing any touring. So anyway, when this stuff came up, I was like “we gotta make sure that we get up there,” and then I heard about the venue reopening , so that’s really awesome.

bB: We’re definitely looking forward to having you. Does the venue ever sort of affect the performance ? Do you get vibes from a venue? Does it ever affect the show?

NH: It can totally depend. I mean, basically we just show up and do the shit we do (laughter), but like last night in Philly, the room was just extremely loud, and that makes me much more comfortable. When we show up at a venue and it’s like really contained, that can be an issue, but it’s kind of all over the place. Some days it doesn’t matter at all. It depends more on everybody’s mood I guess. That’s a shitty answer to your question.

bB: No, that’s cool. Honesty is the best policy and I’m cool with that. Now you’re originally from Boston. How would you compare the New York scene to the Boston scene in terms of your development as an artist.

NH: There are pros and cons either way. I got out of Boston because it felt like there wasn’t anything going on or that I wasn’t able to get out of it at all. Short answer, I got out of Boston not just for music but so I could live with Jessica, who’s in the band now too. Musically, it was just exciting to go to New York. My idea about New York is that there’s just so much shit going on and it’s a lot harder to… it’s like in Boston it’s like the big fish in a small pond scenario, and I thought it would be better for me. And New York is New York, but when I got there, I didn’t fall into any scene either. I’ve never felt like I was a part of any scene . We have a group of friends who are in bands, but it’s a coincidence. Nobody sounds similar or anything like that.

bB: Now are you in Brooklyn or New York? I’ve seen conflicting reports…

bB: So not a Brooklyn band.

NH: At this point, it doesn’t really matter.  We all live in Manhattan, but it’s all the same shit. It’s not like we exclusively play in Manhattan, and if anything we spend more time in Brooklyn because of the venues and all the rehearsal spaces are there. But it’s all really the same.

bB: Who do you feel has the better food?

NH: Between New York and Brooklyn? Oooh, that’s hard. I’m not even sure it’s possible to figure that out. There’s so much stuff everywhere and it depends on the food you’re talking about. Up in Queens there’s a whole different thing going on. The area we live in in Manhattan has crazy restuarants on every block but you can find that in Brooklyn too.

bB: I’m down in the city enough. Just curious, where do you like to get your eat on?

NH: Depends. We go for seafood as much as possible, and I’d eat sushi every day but it’s also not like we have jobs to support that habit. I try to do a lot of cooking at home. It’s also so hard to pick. Where do we go to eat all the time? There’s this place over in Brooklyn called Testo thats this little Italian place thats super well priced and cheap and really good and chill. No fancy pants vibe.

bB: That’s what I’m talking about.

NH: Yeah, if you’re ever in East Williamsburg I think, it’s called Testo.

bB: I’m writing that down.

Noel and Hooray For Earth play the reopened Sugar City next week on Wednesday, August 20.