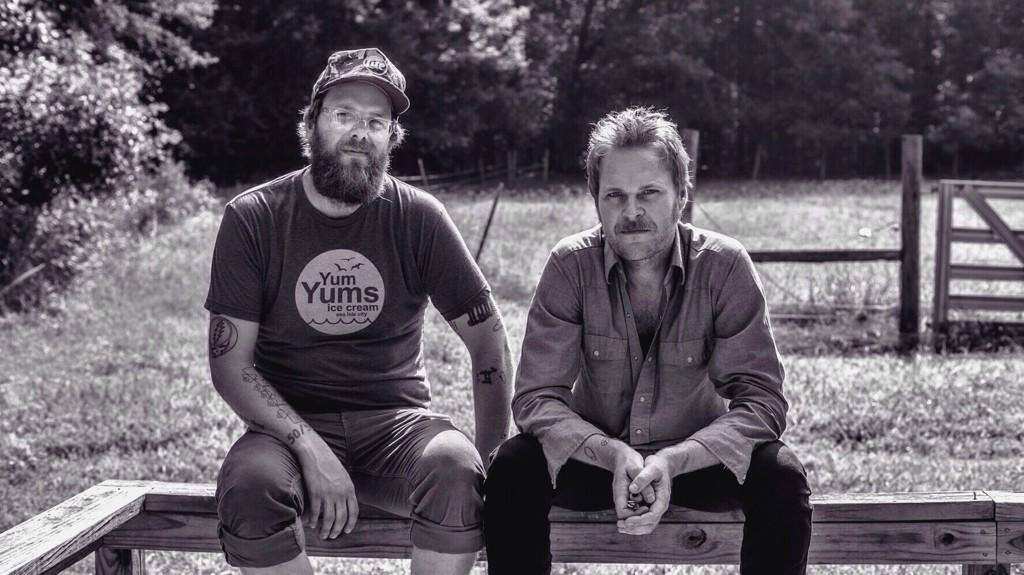 Rare is the bill on which the opening band draws as much (or more, in even rarer cases) anticipation as the main act. Last year’s Band of Horses / Midlake show comes to mind (still sore for missing that), or perhaps the stacked My Morning Jacket / Wilco / Bob Dylan roster at Darien Lake a few years back, if that even counts. Well that aforementioned phenomenon repeats itself tonight at Asbury Hall (for myself, anyway), where Swedish folk top-dog The Tallest Man on Earth will have his stage warmed up (or set ablaze) by the excellent Hiss Golden Messenger, a folk duo out of North Carolina.

I use the term ‘folk’ as loosely as I can in this case; HGM—consisting of primary songwriter M.C. Taylor, recording partner Scott Hirsch, and a rotating cast of touring musicians—evades traditional “call ‘em as I hear ‘em” classifications with their soul-warming blend of folk, blues, Americana, and alt-country. The act’s five full-length albums spans the lot of them, eclectic and chock full of happy mediums. In fact, HGM’s fifth full-length, Lateness of Dancers, which came out just last year on Merge, is one of their most gathered efforts. Again, I use loosely “their” as a pronoun, as it is nearly interchangeable with “his” in this case; many, if not most, of HGM’s songs are brainchildren of lead man M.C. Taylor. But that doesn’t stop the man from collaboration.

Regardless, Hiss Golden Messenger makes for a perfect opener to the increasingly lush folk offerings of Kristian Matsson (The Tallest Man on Earth). The two acts are innately similar in tone and feeling, both Matsson and Taylor sing their hearts out on their respective discographies and offer windows into their lives with songs that listen more like pages torn from a journal than radio hits. That’s not to say the two aren’t unique enough to make your timely arrival (door open at 7pm) at Babeville tonight unwarranted. Hiss Golden Messenger is a gem-and-a-half and you’d be a fool to pass it up.