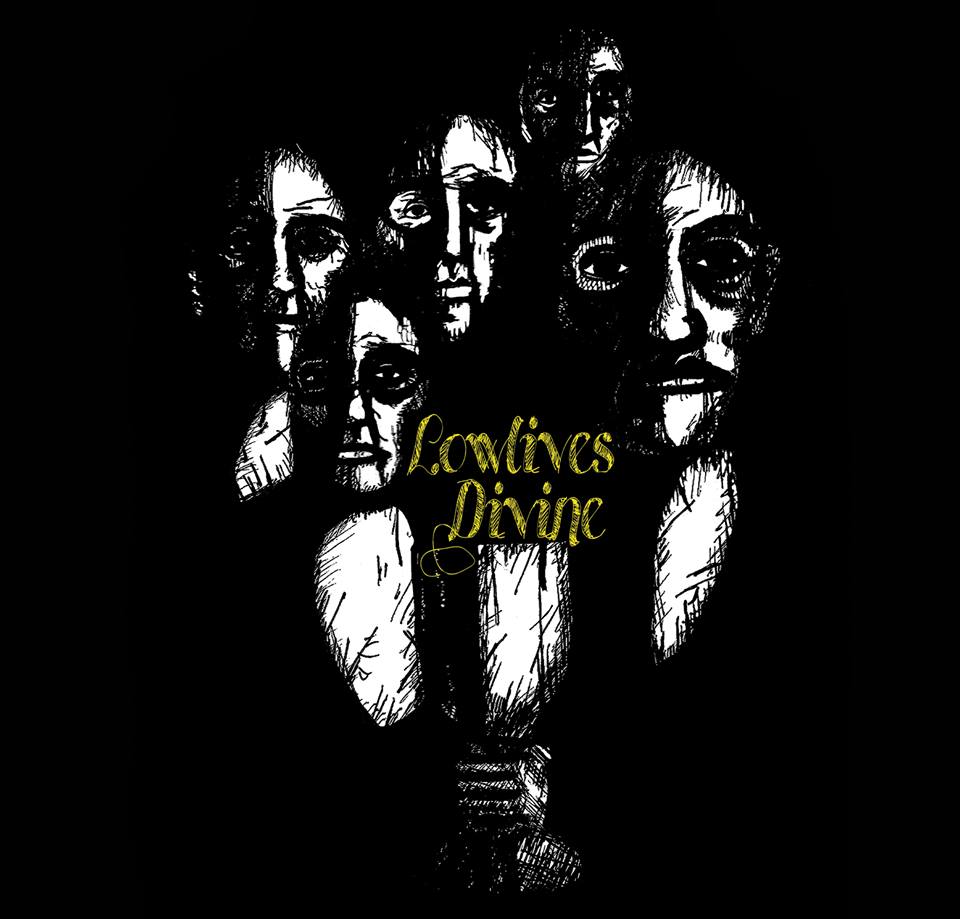 We’ve written about Hieronymus Bogs before. For the uninitiated, the man is as unique as they come. Blending elements of orchestral folk and spoken word poetry, Bogs has made his songcraft well known around western New York and its surrounding areas with an extensive catalogue and touring. Once a Rochester native, Bogs now resides in Truth or Consequences, NM–an area which suits his character well–”my musical direction was pulling me west through the landscapes and sparseness; I think my music sits well in this kind of environment,” Bogs says of his new homebase. His newest album Lowlives Divine builds on his strengths of inspired lyricism over eclectic folk instrumentation for songs that excel in the creation and maintenance of freeing moods and feelings.

It’s an interesting thing, moodcraft. It’s one thing to write a song, the structuring of intro verse chorus verse outro. It’s another thing entirely to endow such songs with feeling, like an email with an attachment. It takes a skilled musician with a careful mind; far too many musicians today lack the intention, much less the ability, to stir up such evocation with their music. Lowlives Divine is transcendent in that way; there are poignant moods attached to each of the eight tracks, each separate in their own accord, with no blow to album cohesion as a whole. From the peaks of optimism in album opener “Endure” to chilling depths of “Lovers,” Lowlives Divine cycles through moods and descriptive imagery like an amphibious vehicle through terrain.

The title track is notable in and of itself–a stunning low-tempo waltz, almost hypnotic in nature. A piano-driven progression, weeping steel guitar, and a poetic spoken-word interlude give this track a beautifully dreary feel, and the fact that the song is nearly 8 minutes long goes mostly unnoticed. Though the spoken-word elements of Bogs work still make an appearance on the album (“The Portal”), Lowlives Divine sees a minor shift in the way vocal parts are presented. Bogs utilizes his singing voice on many more of the tracks, which was “more steered by concepts rather than the unity of message,” according to Bogs himself. “The Resurrected Mind” exemplifies this nicely.

Other album highlights include the western-influenced saunter of “Wild & Free,” the deep, round bass lines of “Seest Thou Not,” and the acoustic-tinged ode of devotion and album clincher “The Only Crown.” Produced by Rochester-native Sam Snyder (Maybird, Overhand Sam), and featuring contributions from musicians on both sides of the country, Lowlives Divine delivers fantastic array of sounds, textures, and concepts. The album is streaming now on Hieronymus Bogs Soundcloud page and is available for order on his website here.