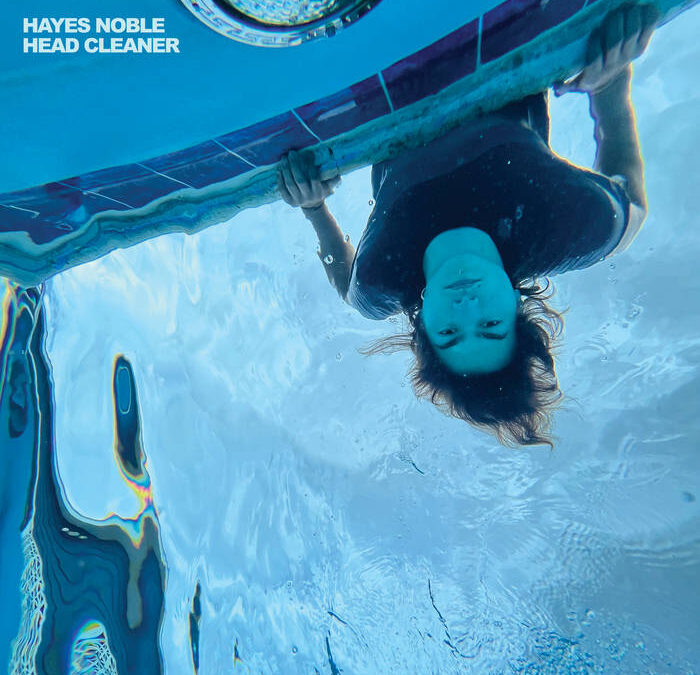 Northwest Illinois native Hayes Noble’s debut album Head Cleaner is due out in under a month and they are starting strong with first single “Forget It.” The single combines earsplitting shoegaze and post-hardcore with a nod to guitar driven indie noise that burst out of the mid-80’s punk scene. Fuzzy, tube driven guitar surges forward, scattering and dispersing into a wide wall of sound that Hayes harnesses into riffs and rocking rhythms. Young Hayes’ earnest vocals stand on that bed of noise while never being engulfed by it. The home recording enthusiast uses a strong punk drum beat, full of fun punk fills. The rhythms leads you right to a choice guitar solo, chunky, soaring and full of emotion.

This coming-of-age noise rocker is blazing a new trail in a town with no scene, coming from small town middle America. Hayes worked with Daytrotter co-founder Pat Stolley to record and mix the track and upcoming album on 2″ tape. The track drips with analog sounds that add to the earnest feeling of the youth finding catharsis in guitars, pedals, and loud amplifiers. Fans of Dinosaur Jr., Built to Spill, Sonic Youth, and Cloud Nothings will find a lot to love about this track.

You can listen to the lead single here on Hayes Noble’s site or on Spotify.