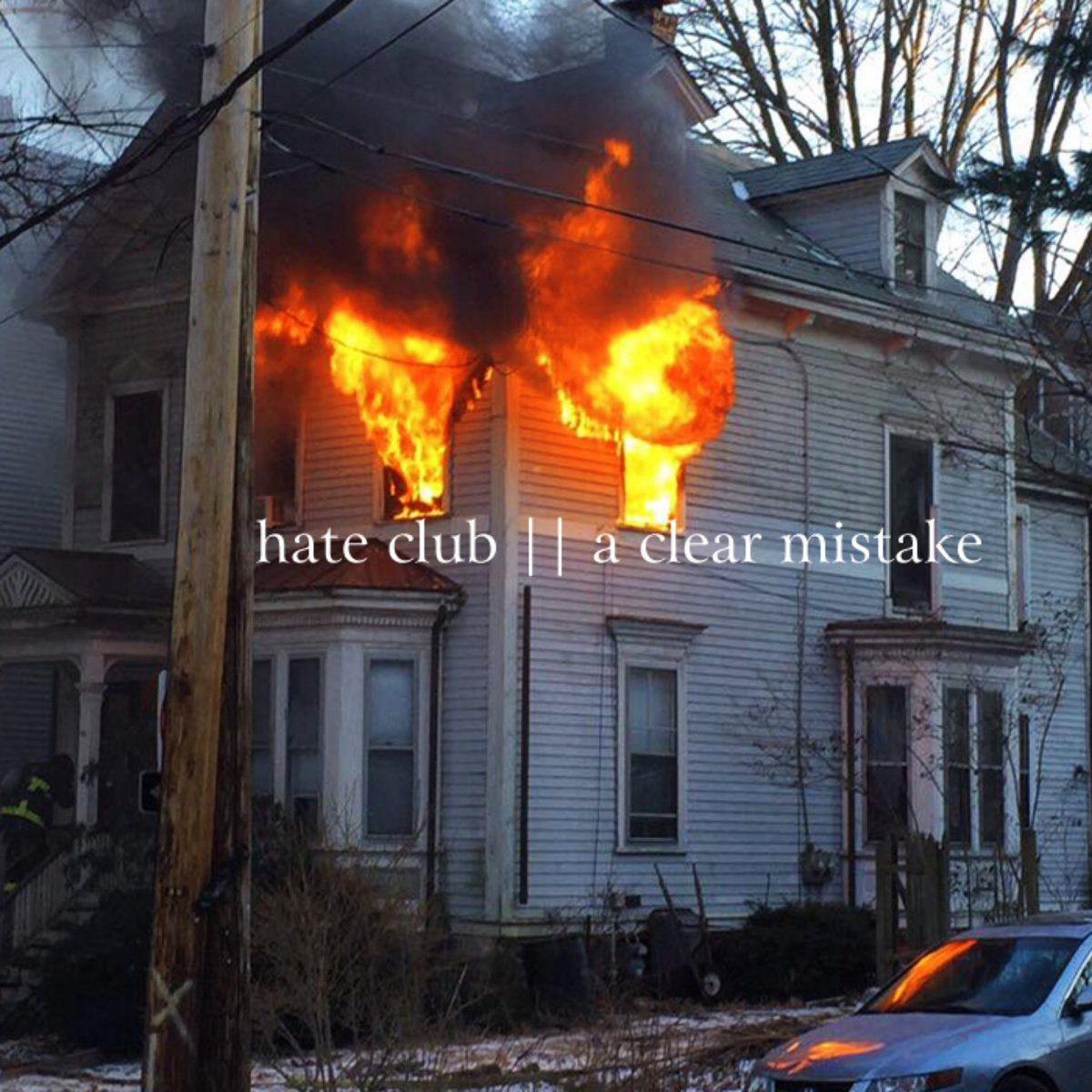 Albany’s Hate Club are keeping their torches lit. Their latest effort, A Clear Mistake, marks their fourth release in only two years. Besides highlighting their admirable work ethic, A Clear Mistake presents a conceptual recording of a difficult aspect of the human condition; Mistakes and Regrets.

The cover art, flames engulfing a home, signify the watershed moment of life irrevocably changing, and sets the stage for the aptly named first track, “Hot Take.” Chugging drums from Ian Kerr-Mace build throughout the verse, while Noah Bondy tells a hard truth, “Relationships sour, we count down the hours alone”. The chorus opens up in Nirvana-esq fashion, with an equally tough pill to swallow, but lubricated with harmonies by Bondy and Audrey Goodemote, “All your favorite bands have moved away.”

Track two, “Earth Signs,” a structurally rich song with a 1/2 time signature intro and bare bones bassline verse from Alex Brooks then blossoms into a hook driven melodic chorus. Goodemote explores the reasoning behind past decisions, telling a significant other, ‘Blame it on astrology, the weather, just don’t blame me’.

A Clear Mistake finishes off with the track “Unpredictable,” which takes a page from the Pixies playbook and harnesses the power of soft verse and loud chorus. Bondy examines the mundane minutia and the fear of the unknown at the outset of the rebuilding process.

However, the show must go on, and you can catch Hate Club this spring as they begin anew on tour with Ridgway.