For our Best of 2014 coverage, we once again decided to reach out to some friends of the blog to get an idea of what made the year in music so great for them. For our first installment in the guest series, Brandon Schlia, founder of local DIY label, Steak & Cake Records, submitted his year end list. Schlia recently interviewed Jeannete Wall of Miscreant Records. You can listen to their talk here. 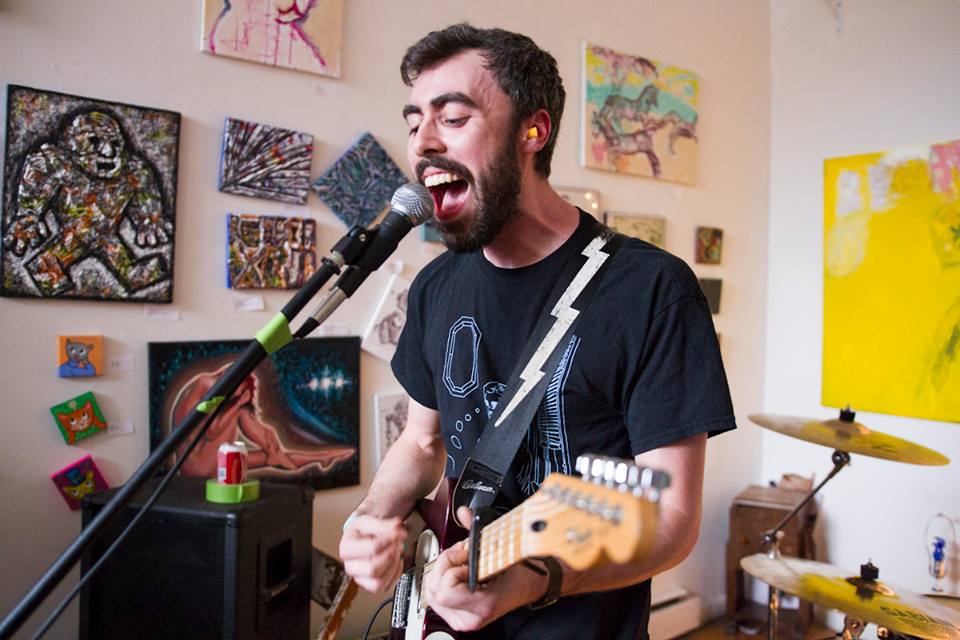 BEST LOCAL BANDS
These are the bands that I would go to see even if I’d just worked 10 hours and it was a snowstorm and I had to walk.

1. Celestial Shore – Enter Ghost
I always liked them until Mink played with them at Mohawk and I realized that I actually loved them. I guess there might be a few Animal Collective comparisons to make, but I think of them as a modern day, Gabriel-led Genesis. For music that appears free form, in hindsight, every move is intensional. Their ability to control dynamic, both tempo and volume, bending it to their purpose, makes for an exciting listen and keeps things interesting on repeats. Plus, they’re all very nice people who don’t possess one ounce of the pride they most certainly deserve to have for their skill and effort.

2. Deep State – Bein’ Mean EP
Sounds like a mirror universe version of The Malones with a bonus side serving of brit-pop. The bass sound on tittyboyz is enough to put them in my top ten. But if you listen to the lyrics, which I often don’t, you get the impression that this dude is pretty pissed off. Happy sounding music and bummer themes create that perfect feeling of polarity, like two magnets in the moment before they slide off from the resistance.

3. TOPS – Picture You Staring
I always imagine this band playing a show in Prague in 1997. They blend a weird brand of euro-pop with sharp guitar noodles and Stax style warmth. At the same time, a few of these tracks could have been the hit single from the Top Gun soundtrack. Some bands work hard to sound new, but TOPS perfects the nostalgia element and lets your brain do the rest; summery and effortless.

4. Extra Spooky –  Tap Into Your Secret Power
Had the pleasure of meeting these gentleman while they were on tour this fall. Odd sounds, innovative choices, and posi-vibes are what propelled this into my best of the year. I think of Extra Spooky as Celestial Shore’s weird younger brother. Actually, like a band made entirely of weird younger brothers who laugh in the face of convention. This is “good-trip” music.

5. Hands and Knees – American Cheese
There’s something to be said about discovery in the age of discovery. With so much shit to wade through, rarely do I find a band that I’m motivated to follow. Its sad because you miss out on band-evolution when you’re single-focused. But Hands and Knees has captivated me since the moment I heard their 2011 release, Wholesome. Followed by 2012’s ripping Red Hot Minnow and now American Cheese, I’ve graduated to lame fanboy status. This record extends the extremes they’ve been exploring. More post-indie, more americana, more guts and glory, more weird sounds like The Band challenged Oasis to a fight and Willy Nelson broke the whole thing up with a joint.

6. Williams Thomas Lawrence – The Doghouse of Yer Dreams
Normally I really don’t like this kind of music, it can be so boring. I’m a studio rat so a record that sounds like a bunch of hungover guys recording live in a living room in Asheville, NC isn’t a big seller. But even still, something drew me in. The voice sounds honest, the production so understated that it thrives, and the album flows like a sunny day in the yard between Nixon and Chautauqua Hall in Fredonia. Credit to Hunter Davidsohn for bringing this guy to my attention.

Dwight Twilley Band – Twilley Don’t Mind
“Looking For Magic” has a big part in the indie-horror classic, You’re Next