The Grateful Dead’s Fare Thee Well: A View from the Couch 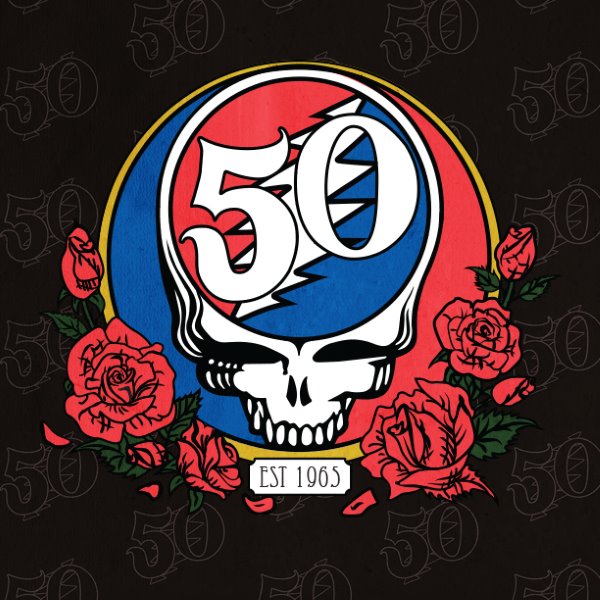 To many, a “couch tour” likely sounds like a grueling task of furniture shopping, visiting store after store, only to end up disappointed with the final choice. To those in the jam community, though, the experience is an opportunity to listen to and view the shows we would otherwise miss. Phish and Umphrey’s McGee are famous for this, streaming many of their shows while on tour. As for the Grateful Dead, the group has not played in an era where this technology was available, until now that is.

No one seemed to doubt the ability of Chimenti and Hornsby, but there was a lot of suspicion, even outrage, about the selection of Anastasio to play lead guitar. Most of the complaints stemmed from a distaste for Phish and the assumption that Trey was no Jerry Garcia, as if anyone expected Warren Haynes to be when he had played lead guitar with the Dead after Garcia’s death in 1995. Regardless of all of this arm chair criticism, Anastasio exceeded expectations for both Phans and haters alike.

The Phish guitarist said in an interview with Rolling Stone that he had learned over 90 Grateful Dead songs, starting from the earliest recordings from the 60’s and worked his way through the following decades to study the evolution in the band’s style. His research certainly paid off. Trey was not playing “like” Jerry Garcia, nor did his style sound anything quite like what we had heard in the past. It was a beautiful hybrid of his own style, combined with the unique style of Garcia, that would make both weekends so successful.

There is no need to sugarcoat it: the first set on the first night was a rough warm up to say the least, kicking off with the classic hit “Truckin.” Everyone seemed to need the warm up, and Anastasio, who had not played for a crowd this large since the mid 90’s, looked utterly terrified. For such an experienced musician, this was a bit troubling, but also acceptable. Hell, he was playing with the Grateful Dead.

Their selections would go on in the first set to include hits like “Cumberland Blues,” which was completely botched, as well as some real throwbacks including “Alligator” and “Cream Puff War.” Let me take the opportunity to say once and for all that perhaps the most obvious proof that this was a reunion show was Lesh singing a great deal of the songs played throughout the five nights. There is a reason Lesh sang like one song with the Dead, and that is because he quite simply cannot sing. Nevertheless, in honor of the core four, he took on many songs that would have been better suited for Hornsby or Anastasio.

The second set was when things turned around.  That should not come as any surprise.  Anastasio is a wizard when it comes to stretching out songs and the rest of the guys on stage aren’t half bad either. “Dark Star” was the first proof that things would be ok. Despite Lesh’s vocals, the rest of the song was tight and Weir and Anastasio seemed to lock in with one another. Traditionally, Weir would direct the band with his rhythm guitar translating what the lead was doing to the rest of the band. “Dark Star” transitioned to “St. Stephen,” which was the first dynamite song of the run. Anastasio appeared to lose his anxiety and absolutely shredded. The band was on point and the percussion kept everything going.

The final song of the second set was “Morning Dew,” originally with Garcia on vocals.  Weir would take the helm and to say this selection was anything but beautiful and moving would be an understatement.  For an encore, the band chose “Casey Jones” which was a great way to get that hit out of the way for the rest of the run.

Fare Thee Well’s second night picked up right where the last night left off.  Starting off with “Feels like a Stranger,” “Minglewood Blues,” and “Brown-Eyed Woman,” Anastasio’s anxiety appeared to be left at bay and there was no confusion among the men on stage.

The night’s second set was the strongest set so far, and there was hardly a hiccup. The highlight was closer “Sugar Magnolia,” which sounded as good as it did back in the 70’s. The band returned to the stage for an encore and Weir dedicated “Brokedown Palace” to the members of the band that hadn’t made it to the show.  It was a strong and moving performance.

The first set kicked off with an absolute bang. Lesh sang his own tune “Box of Rain” and then the band went into a jam that lead into “Jack Straw,”arguably the strongest performance of the entire run so far. At one point, Anastasio was literally jumping around the stage to a wide grin from Weir and a night full of hugs from Lesh. The Dead would let Anastasio take the lead on the next song and fan favorite “Bertha,” which really proved that he was ready to play with the big boys, doing an excellent job working back and forth between vocals and lead.

For the first encore, the band chose “Ripple” which is a strong studio selection rarely played live.

For the holiday show and coincidentally, the 4th show of the tour, the Dead began with “Shakedown Street” with Weir on vocals, a surefire way to get everyone locked in. Looking ahead in the set, the band would take another crack at “Cumberland Blues,” one of the two repeats in the run. This time around, things went much better. On the surface, “Cumberland” might appear to the untrained ear as a simple folk/blues tune, but the song features a very difficult guitar riff that respectably put Anastasio in his place on the first night. He proved he is as good as we hoped, though, and killed it the second time around. The first set also featured a very strong “Deal” to close the set, with Anastasio and Hornsby sharing verses.

The night’s second set was much more laid back than the evening before. The strongest selections were “Lost Sailor” and “Stella Blue” with Weir taking the vocals on both. Appropriately, the band came out with “U.S. Blues” to close out the Fourth of July.

The final performance of the Fare Thee Well tour was strong, but left me and the rest of my fellow couch mates a bit disappointed. The Dead kicked off with “China-Cat Sunflower/I Know You Rider,” which are ragers from the early 70’s. “Estimated Prophet” featured a long unexpected first set jam. The first set also featured “Samson and Delilah,” another rager.

Things began to fall short, though, in the second set.  After a very strong “Althea” with Anastasio on vocals, the band turned to its greatest composition “Terrapin Station.” This song fell flat mostly because Lesh’s vocals couldn’t hold up to the challenge. I also personally believe that Trey played a much better version himself back in August of ’98. “Not Fade Away” closed the last ever set and as the band backed off the stage, 70,000 fans kept the song going, as is tradition. Playing not one, but but two encores, the Dead bagan with “Touch of Grey,” a radio hit that made the group explode in the late 80’s when the group began to play stadium tours, and then capped the night (and tour) with “Attics of My Life.”

As an entire experience, three good friends and I, joined by many more for the last night, were able to bear witness to a momentous event without forking over well over a grand. Having not even reached kindergarten when Garcia died, it’s probably best that we left those seats to the ones who had been there from the start. That does not mean that the Grateful Dead did not play a major role in all of our lives. The group set the bar for the style of music we hold so near and dear, and has proven that a band can be quite fluid and still extremely successful.

For the couch aspect of Fare Thee Well, the best part of the “tour” had to be the fact that in the luxury of your own home, you can enjoy a show you otherwise would not have made it to, with the toilet and hot grill always on standby. The downside was of course that after every song, you sit there thinking “I wonder what that sounded like in the stadium?” Regardless, the five nights were some of the more enjoyable nights I’ve spent with friends: good vibes, great music, and a chance to see one of our favorite musicians play on stage with the legends that wrote the book, a book Anastasio has undoubtedly read more than once, and encourages us all to as well. He says that if we read the book, it will save our lives.