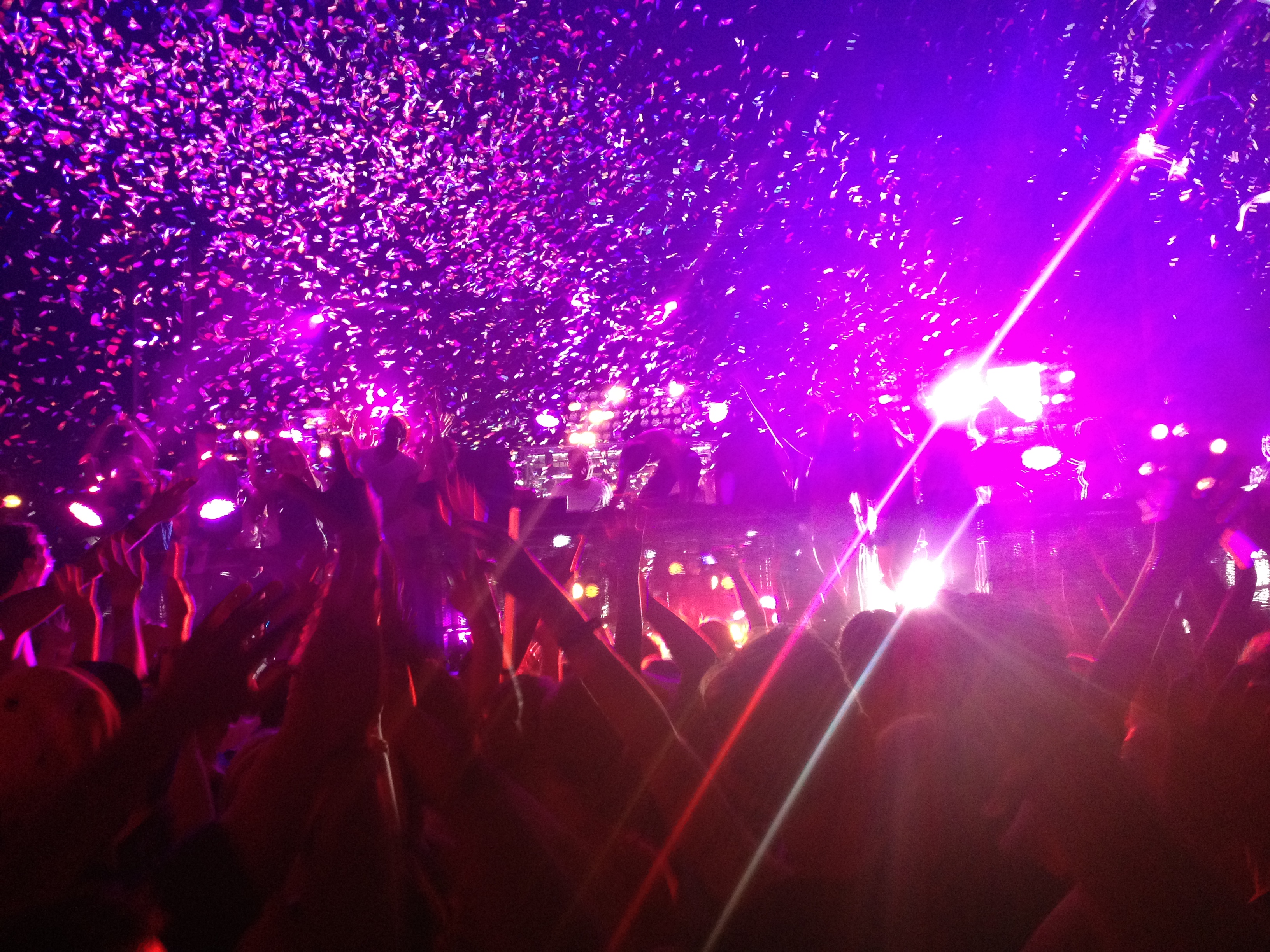 Mashup master Girl Talk is so gracious that he thanked *me* for doing this interview, as if the opportunity to talk with the world traveling beatmaker isn’t one of my not-so-secret hopes and dreams.

The last time I saw Girl Talk (government name: Gregg Gillis) was on a sweaty summer evening in 2012, so it’s appropriate that two years later, he’s coming back to the 716 to deliver another night of sweat til ya bleed steez in the way that only GT can. For Gillis, “shows are actually difficult for me as far as performing the material, and they’re always physical. I always want them to go better, always trying to push, trying to move forward.”

Push he does. At the onset of Girl Talk, Gillis would show up to house parties still clad in the suit he wore to his day job as a biomedical engineer, and while the vibe of the show hasn’t changed, the clothes and locations definitely have. Now, it isn’t a Girl Talk show til he’s shirtless and sweating on the crowd, rocking the sweats and (custom) Jordans that have become his on stage uniform.

The sweats. He orders them “by the boxload every month” because he goes through them so quickly, and is very open to the idea of a sponsorship: “There has been one company that I won’t name, a bigger company, that’s sent me some stuff. Not a sponsorship but they sent me some gear. Shout out to whoever wants to send me some sweats.” (Are you reading this, New Era?!) 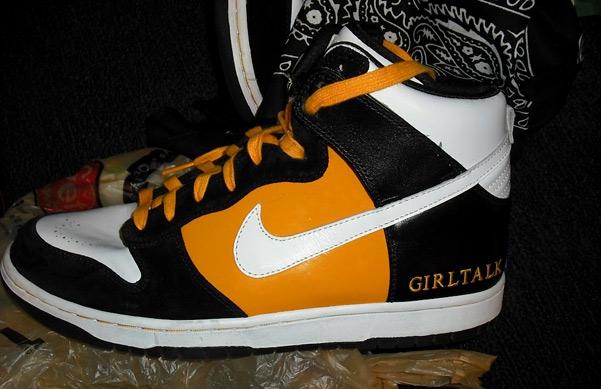 They are such a staple of his onstage persona that when in jeans and a tee, “walking outside my own show, people don’t recognize me.” Add a sweatshirt, and he goes from GG to GT, a superhero quick change as (seemingly) effortless as the mixes he plays live on stage. However, the self-described generally low-key Gillis is quick to point out that at shows, it’s “a great time to exist on a different kind of level..not a character; it’s almost a part of my personality I don’t really get to express any other time.”

Expressing himself is something that comes naturally to the artist, who says that, along with his loyal crew (many have been with him from the beginning) “We’ve always been into the performance of it. Everyone knows how much this means to me; everyone has pride in their work…it’s fun to tour with friends and people who are passionate about what they’re doing.”

From setting up confetti cannons to picking enthusiastic concertgoers to dance onstage during the show, there isn’t much the crew doesn’t do. For Gillis, who describes their shows as “a little different just because of where it came from-the whole vibe of the show was private house parties. Ideally everyone’s looking at me like we’re all hanging out together; obviously the ones onstage are actually hanging out.” Because of this, it’s important for those people to go just as hard as he does, which is something he’s very aware of, explaining that he pushes himself in hopes that the crowd follows along. 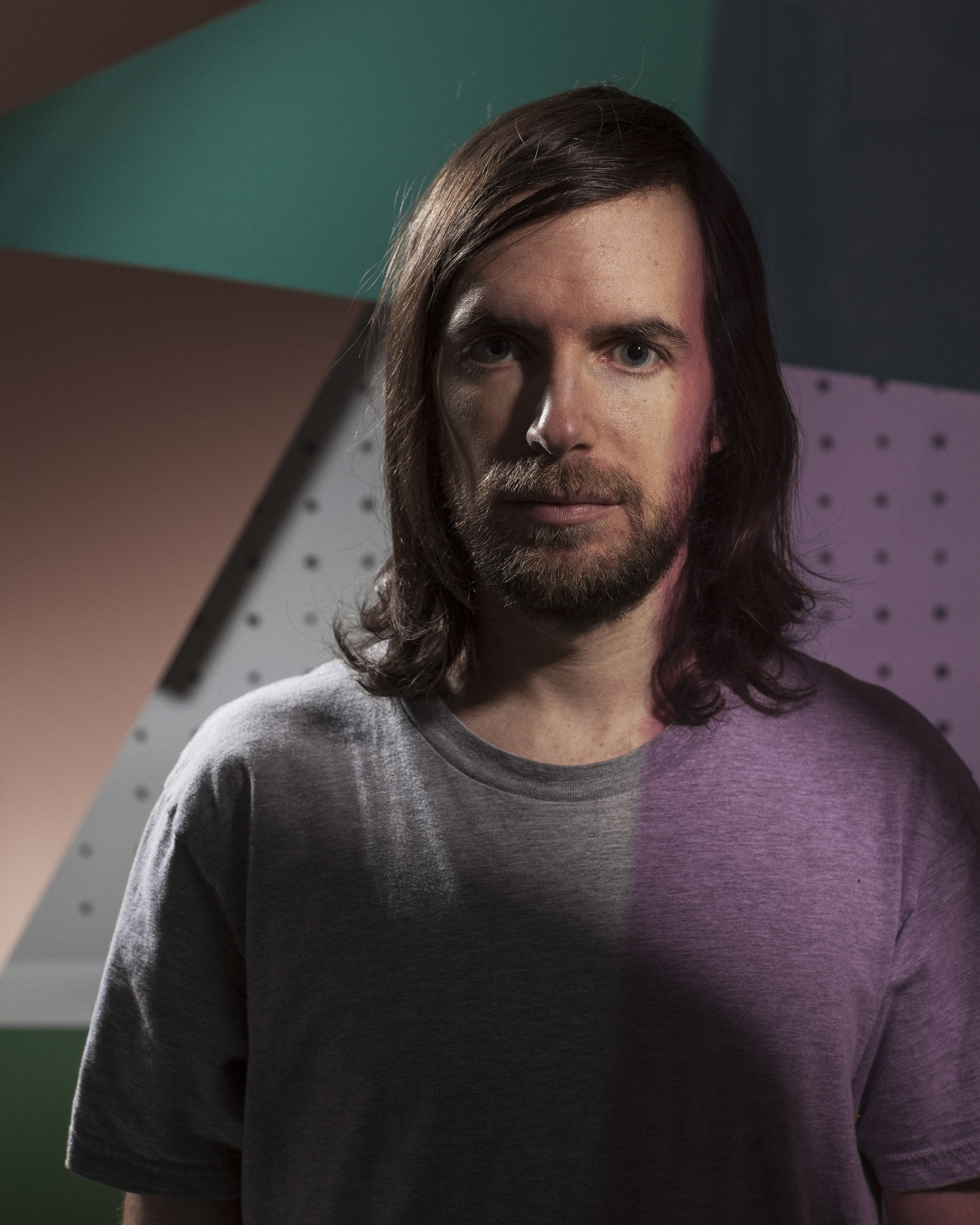 It must be mentioned that GT is a Pittsburgh native, and the city loves him so much they gave him his own day. All Day, Gillis’ last mashup album, dropped on December 7th, 2010, and in Pittsburgh (and my house), it’s known as Gregg Gillis Day. He loves the city right back, vocally supporting the Pirates and Steelers, and when pressed about the city’s NHL franchise, he acknowledges that “I’m definitely a Penguins fan.”

Bam. It took all my self-restraint not to get on Twitter immediately after this gem and post it, complete with three of my favorite hashtags: #qotd (quote of the day), #realtalkgirltalk, and #blackandyellowbetch. Gillis, who views all social media as a performance, explains that he “really enjoys other people’s social media. I love Instagram but I don’t feel myself compelled to engage in it.”

Inexplicably, he only followed one person on Twitter until very recently. The man who sampled hundreds of artists throughout his musical career chose to follow just one, and for that one to be Soulja Boy is both baffling and funny. According to Gillis,  “I was really into only following Soulja Boy and I’m still into the idea of it.”

What inspired the change? “The Freeway thing. When it was coming out, it would be insane to be doing this project with someone and not be following him.” If you haven’t yet, cop Girl Talk’s latest project, a six song EP titled Broken Ankles.

The collaboration, which combines Gillis’ original beats with Freeway’s unmistakably gruff flow, was released in April, and for the first single, “Tolerated,” the duo made a campily, disgustingly horrifying video, complete with a Waka Flocka cameo and so many bodily injuries that broken ankles are the least of your problems.

When asked how reception of this project has been at shows (Freeway cameos at a lot of festival dates) GT explains that “working material into what I’m doing is exciting for me because when I put it out people were into it, but a lot of people were like, ‘where’s the mashup?’ They wanted something a little closer to my previous albums.”

This wouldn’t be a proper Girl Talk interview without a little girl talk, so naturally I asked him what he puts in his hair. In many press pics, GT looks clean and freshly washed, with hair that he describes as “poofy” and “too fluffy” but any snap from a show? I can see sweat.

It’s another GG to GT change that helps him cultivate his onstage persona. He says he’s “pretty clean in general, but on the road I end up not showering that much. I like to stay raw and usually don’t wash my hair…at shows I revert back to a more primal state.”

Luckily for GT, I wash my hair (maybe) twice a week, and know a little something about the merits of various dry shampoos. Having a chat with one of my favorite artists about one of my favorite hair products just might be (read: it totally is) the highlight of my summer

Wanna catch Girl Talk in all his “filthy even before the show starts” glory? Tickets are still available for the August 8th show at Canalside. If your hair game isn’t ready to play, cover it up with a Pittsburgh Pirates cap. Black and yellow, betch. Represent.