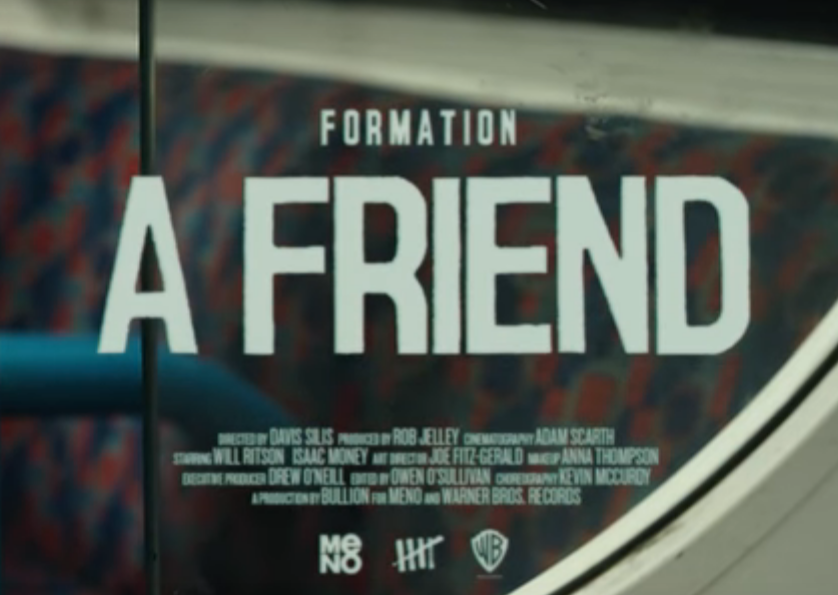 London’s Formation has claimed their space as the band to watch this year with the release of their single “A Friend.” Through bombastic percussive interjections, chant-like vocals, and soaring synths, the track is a fiery thrash into catharsis. The video, directed by Davis Silas, reflects this strikingly through a bloody fist-fight on the London Tube, blurring distinctions between rage and affection; friend and adversary. It’s scathing and it’s undisguised, melding cutting visuals with anthemic swells. If this track has you hooked, be sure to check out Formation’s upcoming debut album, Look At The Powerful People, out March 24th.