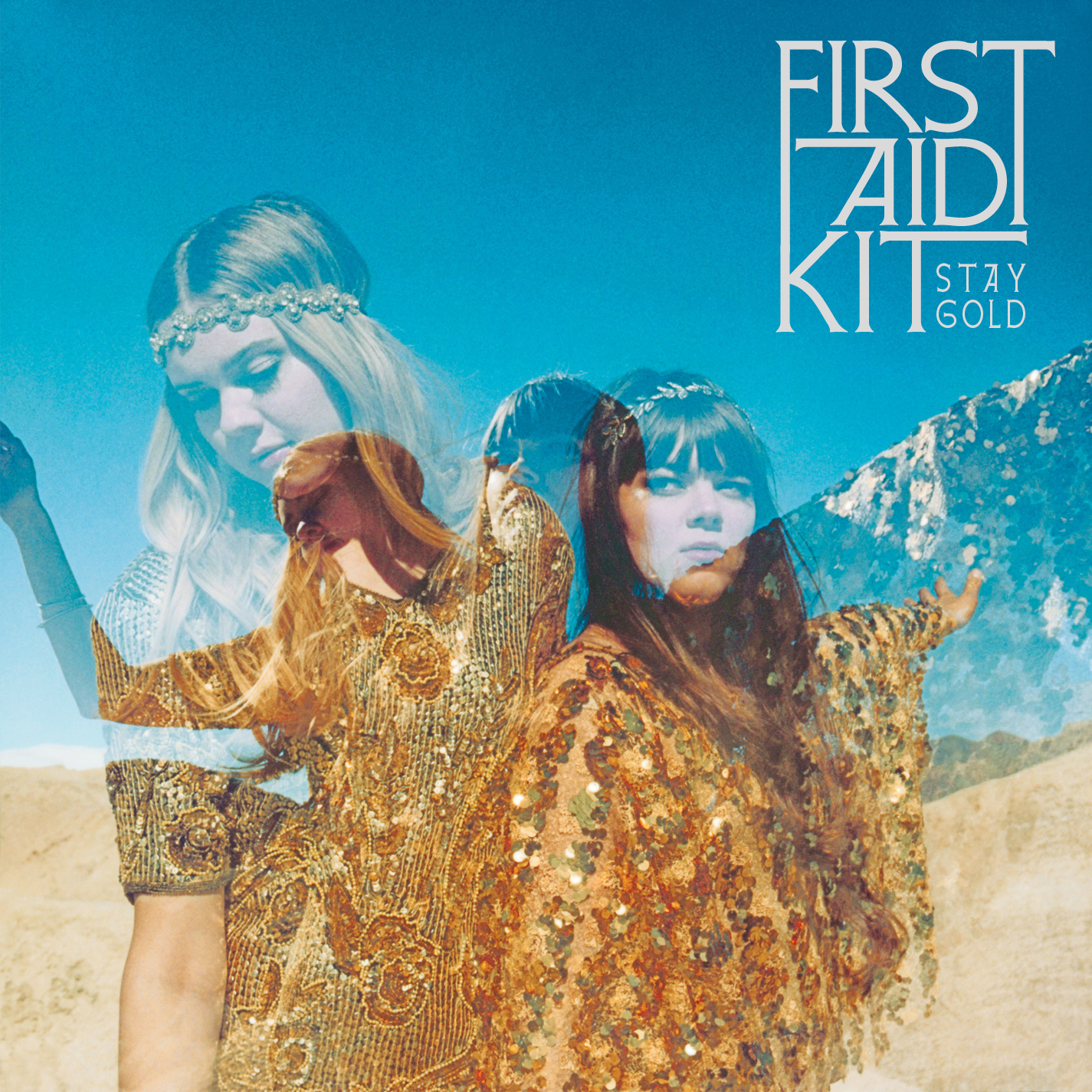 First Aid Kit, composed of the elven-queens Klara and Johanna Soderberg, hit an Internet nerve after they placed their cover of hit Fleet Foxes song “Tiger Mountain Peasant Song” on YouTube back in the year of 2008. Shortly before that, they had already re-recorded their first EP, Drunken Trees, with the help of their school-friend’s father, Karin Dreijer Andersson, who is one half of The Knife. At this milestone, the young ladies were the age of fourteen years old. Fourteen is a pinnacle year, especially from a developmental standpoint. You’ve survived the castrating year of thirteen of endless questioning and doubt and latched onto a form, an outlet–whether that’s singing, sports, writing, etc. You see glimmers of your passion. You swim this sea without the poisoned expectation of achievement. Perhaps, this is the best blessing.

Continuing on this vein of relinquished expectations is a good way to be. First Aid Kit certainly follows suit with their latest album, Stay Gold. Within the first track, “My Silver Lining,” they sing about tenacity and the absence of fear, “I just keep on keepin’ on / try not to hold onto what is gone.” Their voices, it’s undeniable, marry in an astonishing, piercing way. Their timbre, influctuation, and tonality spin naturally off one another. This quality of sisterhood is a strong bond, seen in groups like Haim and CocoRosie. They have that certain magic about them, a unique, potent aura. There is a special parallel and balance within that dynamic.

Stay Gold is certainly not like the folk daydreams and wood-whimsies of Drunken Trees. Rightly so! The digression seen here is influenced by soft rock/ country folk singers such as Carole King and Patsy Cline. The sister’s voices are more grandiose, exposed, and the harmonies are more fluid and blended. There is less space between the pairing of voice and instrumentation. Like their previous albums, the songs are voice dominant, but there is consistent tension.

In the title track’s chorus, their voices are powerful, pushing, bright like the sun. The orchestration is clamoring in the back, although beautiful, it is a little too over the top. Not every song is set so high. “Cedar Lane” is a reminiscent, reflective track that features the croons of a Dobro. It is fluid and lackadaisical, patiently delivering the lines “Something good will come out of this” and “This heavy heart of mine never fails.” Indeed, much of the tracks are self-reflective, questioning, and seeking to find a place within the chaos. In “Waitress Song,” they sing “Girls just want to have fun / the rest of us hardly know who we are.”

“Shattered & Hollow” plays with the concept of parallels, working this theme throughout the harmony. “I’d rather be broken than empty / I’d rather be shattered than hollow.” The slow rumble of a drumbeat works with the pacing of the building vocal intensity of the refrain. They extend the word “we” in a fluid down fall, and split the line with a quick “are gonna get out of here.” This recalls the hint of twang that is seen in their last album with the song “Emmylou.”

Much of Stay Gold seems anachronistic, like we should have been listening to it in the 1960’s. “The Bell” beckons with the agonized, questioning tone of a song like “I Go Out Walkin’ After Midnight” or “Blue Bayou.”  First Aid Kit makes the feminine, mystical aspect of folk music seen once again with a classic-sounding new release.