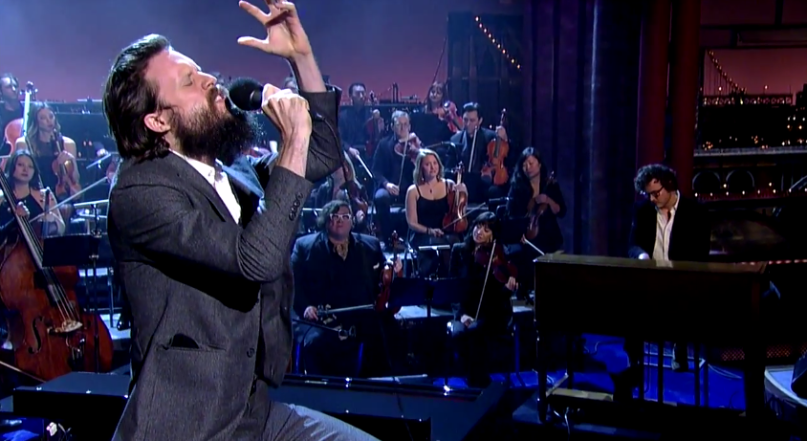 Ever since John Tillman stole the show while opening for Youth Lagoon a couple years ago at the Town Ballroom, I have been pining for some new music, and a proper follow up to 2012’s Fear Fun, from the former drummer of Fleet Foxes. Last night, Tillman’s alter ego of Father John Misty took over the Late Show with David Letterman stage with a massive string section to play the ballad, “Bored in the USA,” a cut from his forthcoming new album, I Love You, Honeybear. Tillman once again proves he is one of indie-rock’s best showman, frequently making himself comfortable on his piano as he casually laments on the dejected states of many of today’s post-grads and millennials, something the crowd seemed to eat up by the sounds of the laughter and applause.

I Love You, Honeybear is set to drop on Tuesday, February 12th. FJM also announced some tour dates to go along with the new album news. Sadly, a Buffalo date is not included, but he will be performing at Toronto’s Danforth Music Hall on Feb 18th, so a road trip might be in store.

Watch the live performance of “Bored in the USA” below.