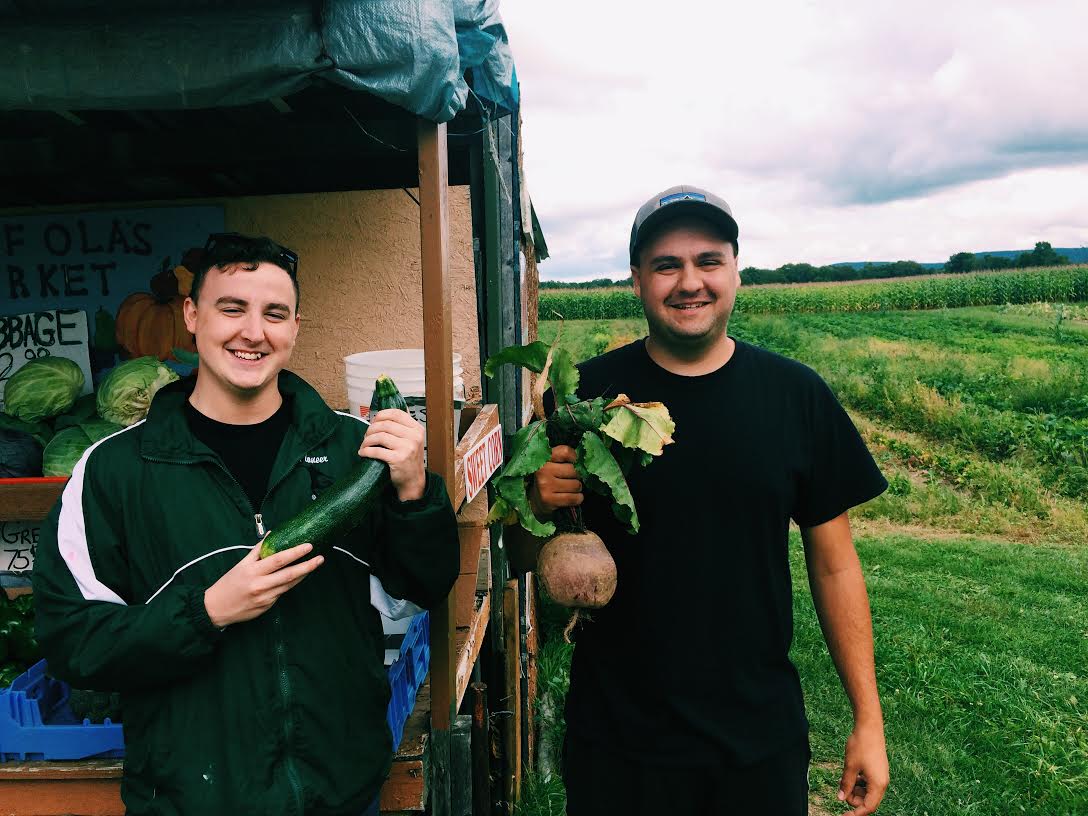 Popular opinion has confirmed that all cool and hippest creative efforts are born out of a city setting as all talented, accomplished individuals are garrison to that particular community. Viciously false — come on, you’re better than that and have every capability to deny any such abstraction.

Allow for me to introduce you to semi-fresh indie/punk outfit, Well Kept Things, composed of members who have cultivated themselves straight down the 219 in the Springville/Delevan area(s).

I was fortunate enough to make a trip to the area this past week to sit down and chat with two of the band’s founding members, Cullen Dedrick and Charlie Rumfola. While there, I was given a tour of Rumfola’s full-functioning crop farm, where I got a lick at this year’s carrot batch, as well as a first person glance at Dedrick’s goat colony, including a goat playground (I’m not joking).

The experience was genuinely enjoyable. I was successful in realizing that the best things do not always stem from an urban environment, proving that punk rock is much better off without the GMO’s.

Matt Cox: Other than universal access to the internet, were any unorthodox steps taken to familiarize yourself with the local music scene?

Cullen Dedrick: For me, the biggest step to familiarize myself with the local scene was to just go out and see shows. My first few shows I went to included Pentimento, but then I began seeing bands like Young Youth, I Can See Mountains, and a ton more I can’t even think of. In a nutshell, just go out to shows stacked with locals and you’ll never know what band you may really dig.

CD: Whenever I tell people from out here (Yorkshire/Springville) that I’m in a band, the common perception is that I’m in a hardcore band. I’m not really sure, but everyone I’ve talked to thinks that it’s really weird. Out here, Country and EMD music are really popular as well, and that’s not us. So at times, it can be a little difficult to get my friends to listen or come out to shows.

MC: What does the rural community have to offer to the local music scene that it cannot offer itself?

Charlie Rumfola: Different musical backgrounds is the biggest thing I can think of. Out here, I didn’t really know there was any cool, newer music. I was stuck listening to whatever my Dad was listening to, so I basically grew up with a ton of classic rock and Snoop Dogg (my Dad’s a big Snoop fan). So, then to start writing new stuff with out people from different backgrounds, I think there are just a lot of different, strange ideas that come together to make a cool final product.

MC: If you could choose one crop to personify the Buffalo music scene, what would it be and why?

CR: Definitely potatoes. You can make millions of things out of them and there’s always something for everyone. Plus french fries are awesome.

Stream the band’s single “Great White North” from their debut effort Homegrown below The EP is available to purchase here.