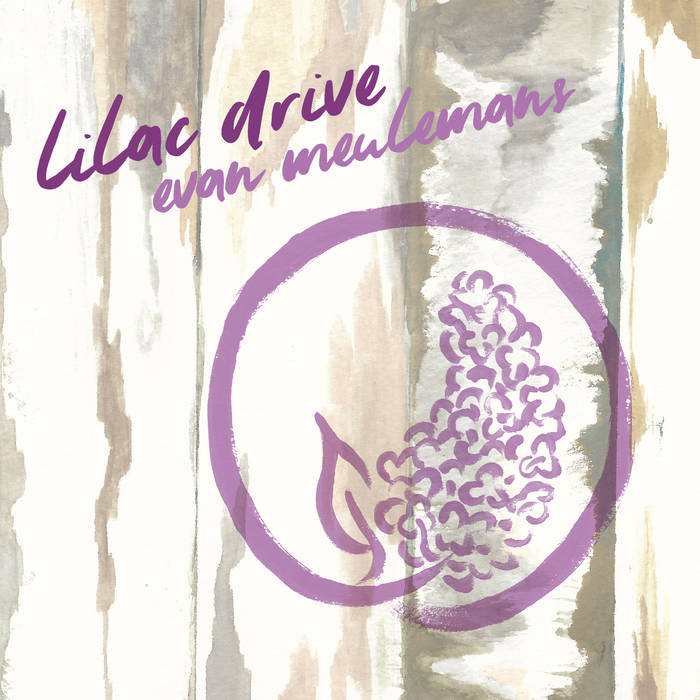 Evan Meulenmans crafts songs for people who hold optimism to a high standard. His music seems to be an effortless offering—a mere extension of his obvious inner positivity. The Wisconsin-bred, Rochester-based folk musician’s latest release, Lilac Drive, combines acoustic folk with easy-listening island vibes to arrive at a crossroad both inviting and uplifting. And loaded with support from more than a handful of prominent Rochester musicians, Lilac Drive is our album of the week.

Opening track “Wisconsin” introduces the album with a thematic anomaly; the lyrical content details Meulenmans’ home state, while his rhythmic finger-style calls to mind a Hawaiian warmth not unlike fan-favorite Jack Johnson. This island influence find its way into most of the record, most notably “Open Road Lullaby” and the reggae-tinged clincher “Mo’ Bettah.” Yet, solitarily reducing the album’s influence to coconuts and tidal waves would be a glaring injustice, as Meulenmans’ fusion of island folk and expressive singer-songwriter is entirely unique to him, and unlike anything I’ve ever heard out of Rochester (or Wisconsin, for that matter).

“Don’t You Mind” is the best showcase of Evan’s smooth and soulful baritone, enhanced by subtle backing vocals from record producer Dave Drago (of 1809 Studios). The instrumentation is sparsely layered and charming, a move that seems to concede the spotlight to the track’s otherwise understated vocal harmonies. And Drago isn’t the only Rochester figure to make a cameo—Lilac Drive also borrows musical talents from Jacob Walsh (Total Yuppies), Susanna Rose, and Jon Lewis—just to name a few. Other album highlights include the uptempo catchiness of tracks “Lighthouse” and “Sticks and Stones,” the acoustic intricacies of “Love Song,” and the bluesy bumble of “Some of My Time.”

Lilac Drive comes especially recommended for fans of Jack Johnson, Ray LaMontange, and George Ezra, or to anyone looking for a soul-warming helping of easy-listening tunes. The album is available for digital download from Evan Meulenmans’ bandcamp, with physical CD’s available as well—just in time for the holidays. Until then, have a listen to stand-out track “Don’t You Mind” below.