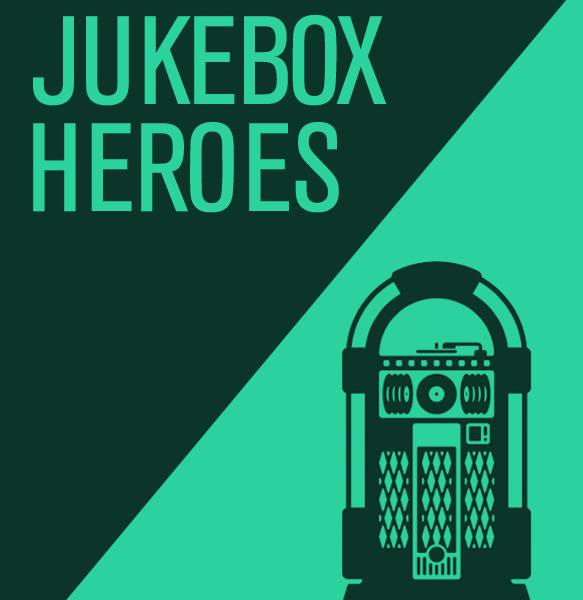 Jukebox Heroes is a new feature, highlighting the best Jukeboxes Western New York has to offer. The focus here is pre-digital, pre-touch screen. In other words, jukeboxes that play vinyl or compact discs.

It is the 21st century. The world, as we know it, is changing. Culture is progressing. People are  branching out. Music is evolving.

We can choose to embrace this change, or fight it. One truth remains evident regardless. It will change, whether we like it or not. (Cue lyrics to “Fly like an Eagle”… Time keeps on slipping, slipping, slipping, into the future.)

I have always been an advocate for change. I think it’s healthy and it’s how we advance as people; physically, spiritually and emotionally. Unfortunately, we sometimes discard our past as we grow and adapt. And that’s a shame because it’s our past that makes us who we are. We learn from the past. Our identity is staked in the successes and failures of our former selves.

As time rolls by certain aspects, or areas of our past lives, get lost along the way, oftentimes through no fault of our own. Technology is a perfect example of this phenomenon. Just take a look at music and the format with which we choose to listen to it. Until the late-eighties, music fans listened to vinyl or the (oft mocked) 8-track tape. Then there was the cassette tape, and compact disc, which paved the way for a shiny, digital revolution. Today, human beings access music in a wide variety of ways; via the internet, through downloads, streaming services, iTunes, Pandora, SoundCloud, Spotify, or more traditional sources of yesteryear (vinyl, CD) etc. etc. etc.

One musical device that has never received its proper due in this discussion is the jukebox. Long a fixture of bars and nightclubs, the jukebox has remained a constant (if unheralded) entity, surviving years of fads and formats. Today, jukeboxes have a niche quality to them. They are seen as cute, classic, or contemporary. For some, they are even collectible. Nevertheless, they are functional, and serve a real purpose, both in the practical and personal sense.

I remember my first real encounter with a jukebox. Believe it or not, it was at Buffalo’s beloved Mohawk Place. As a teen, I wandered into the hallowed grounds of the legendary venue, enticed by the promise of some adolescent punk rock, Pepsi in hand, and immediately gravitated towards the large square jukebox, sitting flush next to the other large box (the cigarette machine). Theirs was a box worn from years of use and abuse, playing traditional rockabilly and blues albums; everyone from Eddie Cochrane to more obscure acts of the fifties and sixties. I was captivated by its simplicity and beauty. Something about it just screamed “cool,” even though I wasn’t into many of the acts contained within it. I dunno. I just liked looking at it.

Of course, outside of just looking cool, jukeboxes are practical, in every sense of that word. When you’re at a bar, you’re at the mercy of what the bar is playing, and if there is no live band, and they’re not just playing what’s on the radio, you can rest assured that there is a jukebox, lurking somewhere in the corner, like a shadowy figure. Only this shadowy figure is a best friend to many. Or a worst enemy, if someone keeps putting on Nickelback and making everyone’s lives pure hell.

Jukebox Heroes is about paying homage to the great jukes of our city, because they are overlooked, rarely discussed, and can’t speak for themselves. And it only makes sense that the first Jukebox Heroes post pays tribute to what I believe is the best juke in Buffalo: Essex St. Pub. This here is a quintessential juke in every sense of the word. The Essex juke is a varied lot, containing cult classics, favored standards, questionable oddities, and albums that get you excited because you thought you were the only one who listened to it. There’s a bit of something for everyone here.

If you take a look at the first page, it will tell you everything you need to know. Legendary bluesman (and Jukebox hero in his own right) Stevie Ray Vaughn side by side with indie rock royalty, the Pinheads, the Velvet Underground, and the ’93’s grungetastic No Alternative compilation. If there was ever a weirder pairing of artists and albums I have yet to find it. Somehow that weirdness translates to excellence in the whimsical world of jukeland. If variety is the spice of the life, then Essex’ juke would be its tour de force.

First of all, Essex’ juke contains some real bangers; albums that are undeniably great on all fronts. When I’m at a bar I want to hear music that is so irrefutably “classic” that it turns the heads of every nearby patron. Classic has a vibe. You can feel cool, like a vibrant little pinch of the arm. For that I look to the Buzzcocks’ singles; a lesson in pure pop mastery. And had I not been in that sort of mood, Creedence Clearwater Revival’s Chronicles is there to greet me with open arms. These two bands, these two albums, are perfect jukebox companions. And if you don’t like them, well I’m sorry but you’re just not cool enough to get it.

The fact that the Judgement Night soundtrack is available on any jukebox blows my mind, but here it is in all it’s rap-rock glory; a first of its kind really. For those that forget, this early 90’s masterpiece cemented the relationship between hard rock and rap, long before the ugliness of nu-metal and Bizkit bro’s helped destroy it.

This seems to be a kind of theme for the Essex jukebox, now that I think about it- a preoccupation with early to late 90’s “alternative” music, however that word is defined, and I think it’s a pretty wonderful thing. A lot of great music came out of this era. You’d be hard pressed to find the Hellcat Give ‘Em The Boot comp in any record store these days, let alone a West Side jukebox, but it’s here, nestled comfortably amongst it’s S.F.W. soundtrack and Weezer Blue Album brethren. It could be by design or it could just be that they haven’t changed any of the selections since 2000. Either way, there is truly a great representation of pre-aught tunage on this box.

Earlier I had mentioned that a great juke contains “oddities, cult classics, standards, and albums you’d never thought anyone else listened to.” Well, on one of the last pages that becomes clear as day. The Smiths’ classic Best Of and Ramones’ Volume II (arguably two of the greatest “best of” collections ever), are smushed between the Howard Stern soundtrack (TOTAL random oddity…and a rather excellent album), L7’s Hungry for Stink, an album I thought nobody else ever listened to after ’97, and James Brown and Patsy Cline standards. It’s enough to keep things interesting, and yet strangely, thematic. Artists that shouldn’t fit together side by side but do so wonderfully.

Add the Clash, Iggy, Bowie, TalkingHeads, Bad Religion (Recipe for Hate no less…my favorite, and everyone else’ least, album), Zappa, John Lee Hooker, Sonic Youth and the Commitments to that list, and what you have is an exercise in all things rock-ist and awesome. And this rather rockist-catalog works for the Essex (and generally tends to work in most bars). I love all kinds of music, but when I’m sipping on a brew, I don’t want to hear Sigur Ros or Tycho or Yes. I want something that captures my ear, my mind and my heart; preferably simple, with an easy melody, or verse to hum along with or dive into. Rock’n’roll still resonates and when you look at the Essex juke it’s easy to see why. With such a splendid history, and so many songs that were personal and cultural anthems, it’s a perfect kind of music. Either way, it’s represented here at Essex, in all its ugly truth, and I think that’s the testament to the power of rock’n’roll…and a great jukebox.