Elton John and System of a Down – “Crocodile Chop” 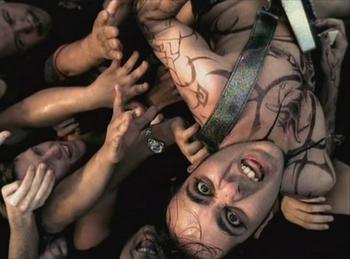 This week, much like every other week in the 21st century, genius hit the internet with Neil Cicierega’s mismatched mashup titled “Crocodile Chop.” The reworked single is a blend of
Elton John’s campy “Crocodile Rock” with System of a Down’s cringey “Chop Suey.” The video, for those of you who didn’t go to high school, consists of leadman Serj Tankian acting zaney  while sharing the stage with edgiest man/guitarist in 2002 Daron Malakian along with a backing by ultra-piano pop Elton Jon ivories. This has been stuck in my head for close to 24 hours so be careful with this one.