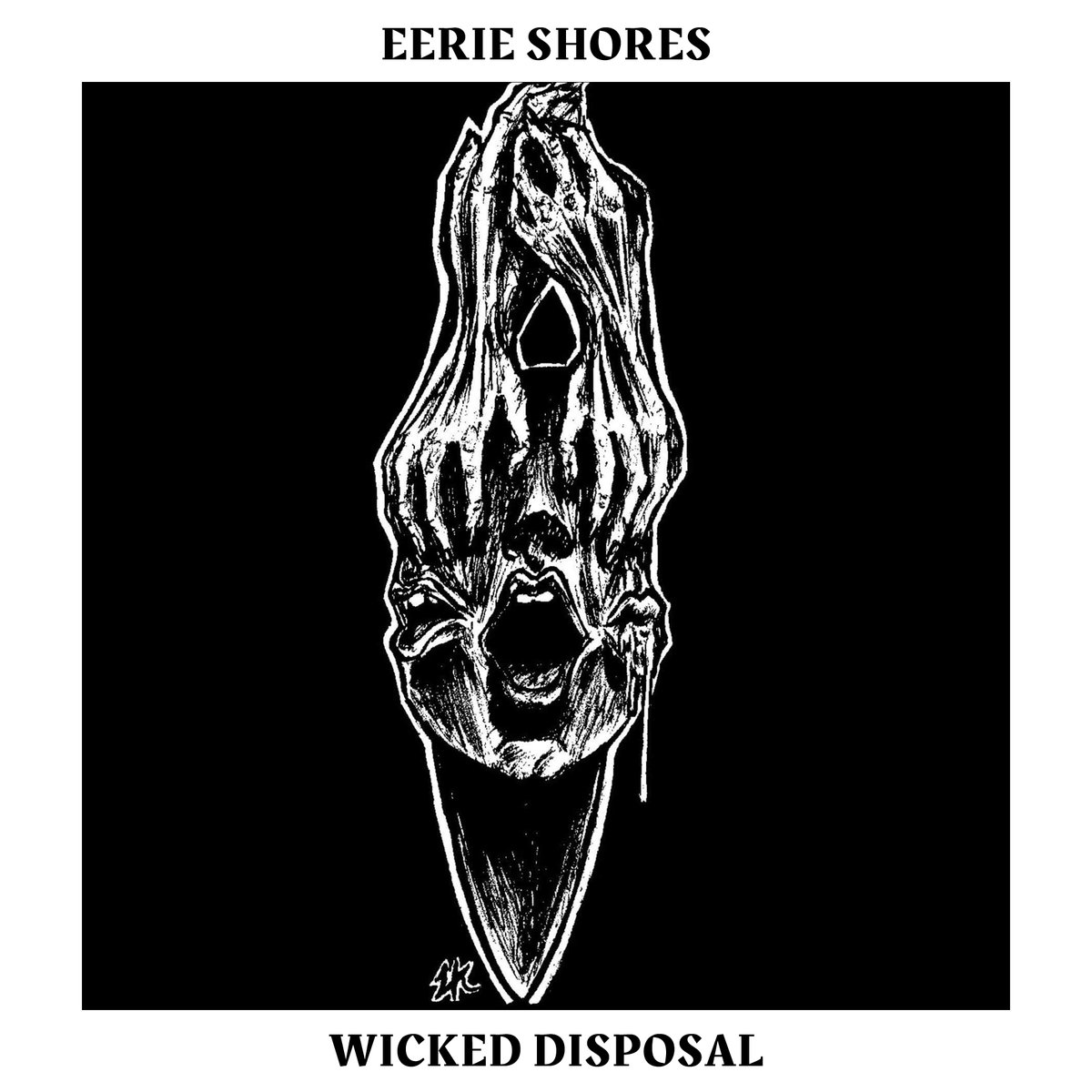 It is no secret that SUNY Fredonia produces a lot of talented artists, especially musicians. There have been countless acts over the years that have staggered their way up from the Chautaugua County college to leave their mark on Buffalo. One of the latest outfits to make that journey is Eerie Shores. Formed in 2017, the band has finally found it’s footing and now identifies as a five-piece. It is with this identity they have found their groove and have released their debut EP called Wicked Disposal.

Upon first listening, it’s apparent that this band wastes no time getting to what it does best, which is heavy, detuned riffs. The EP opens up by hitting you right in the mouth with “Days and Weeks,” a 6-minute heavy rock jam with quite the catchy chorus. From there, the group showcases a bit of their softer side on “Ghosts (Dried Out),” as more melodic and intricate guitar parts find their way to your ears, in case you had any doubt that these guys were one-trick-ponies. Next up, the band rips through another banger in “Air is the Greatest Insulator,” a track that features some unique rhythms that are akin to System of a Down or even Thrice.

The standout song has to be the band’s single, “Killing.” With a cleverly-placed 6/8 feel, the band hooks you right back in, and rightfully so. It’s hard to deny that singer Alex Vasiloff’s vocals sit perfectly within the song and at was at this point in the record that you really appreciate the melodies, as they play off the lead guitar work.

The EP finally closes on “Withered.” This last song is definitely the perfect closer, as it starts out with a Midwest-emo/pop guitar hook. Right when you think this one is over, as if completely out of nowhere, the band kicks back in with chorus-tinged guitars and a reggae feel (what?), however this transitions into what has to be our favorite part on the record as the guitar solo/outro takes you on a soaring adventure. It is with no doubt that with this release,

Eerie Shores showcases a competent and diverse songwriting ability. Wicked Disposal is recommended for fans of Thrice, Alice in Chains, or Billy Talent. Check out In the album below and keep Eerie Shores on your radar, as you’ll definitely be hearing more about them in the coming months.