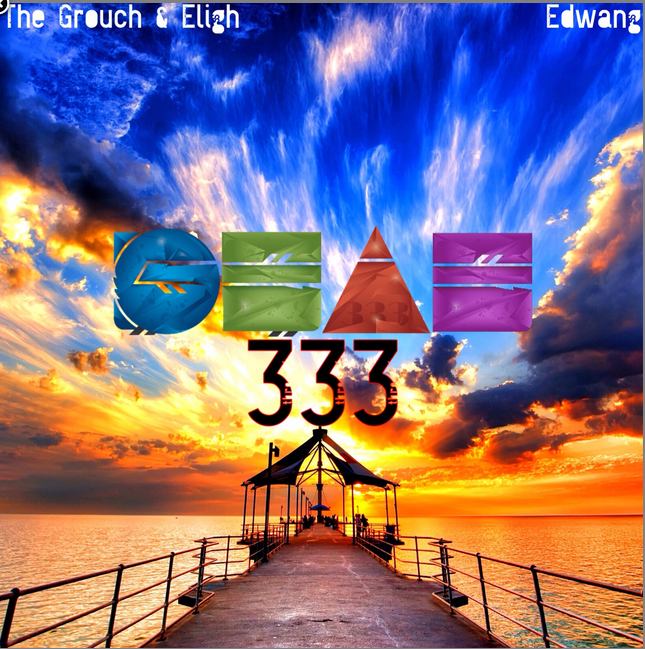 As one of the city’s most creative hip hop producers, Edwang’s output is always worth checking out. He’s cooked up original songs with rappers and also done some great remix work, the latter of the two being the inspiration for this post. Ed’s taken on remixing duties for some tracks off of The Tortoise and the Crow, an album from LA/Hawaii duo the Grouch and Eligh in a project called 333.

The Grouch and Eligh present a nice canvas for which Ed to work on. Eligh usually comes through with the faster of the flows, whereas the Grouch has a gruffer approach to his rapping. It gives Edwang more variety with how he wants to attack his beats. The first minute and a half of “All These Lights” is centered around some nice piano keys and then the beat is turned on its head as it evolves into some crazy post-dub electronica. Its madness, but in the best way possible. The ballpark organ that’s the foundation for “Ashes to Ashes” is also a particularly fun note of the album.

It’s also fun to hear Ed’s beats interact with some of the notable Cali rappers that appear on the project. “Hella Fresh” featuring Kreayshawn is some of Ed’s best work, as there’s hints of both big band and Middle Eastern sounds on the constantly shifting beat. For “People of the Sun” with Slightly Stoopid, Ed opts for an inspirational instrumental with some great muted drums and eventually tambourine on the tail end. Album opener “Akfam” features critically-acclaimed emcee Blu, who sounds fantastic with the other-wordly tones Ed built the beat around.

Overall, this project is some more great work from Edwang. His beats can take a million different forms and sounds and this album is a testament to that. The rapping from the West Coast (and Hawaii) artists also makes it more than worth the listen. Check it out below.