Edwang and Duce return with some Gold 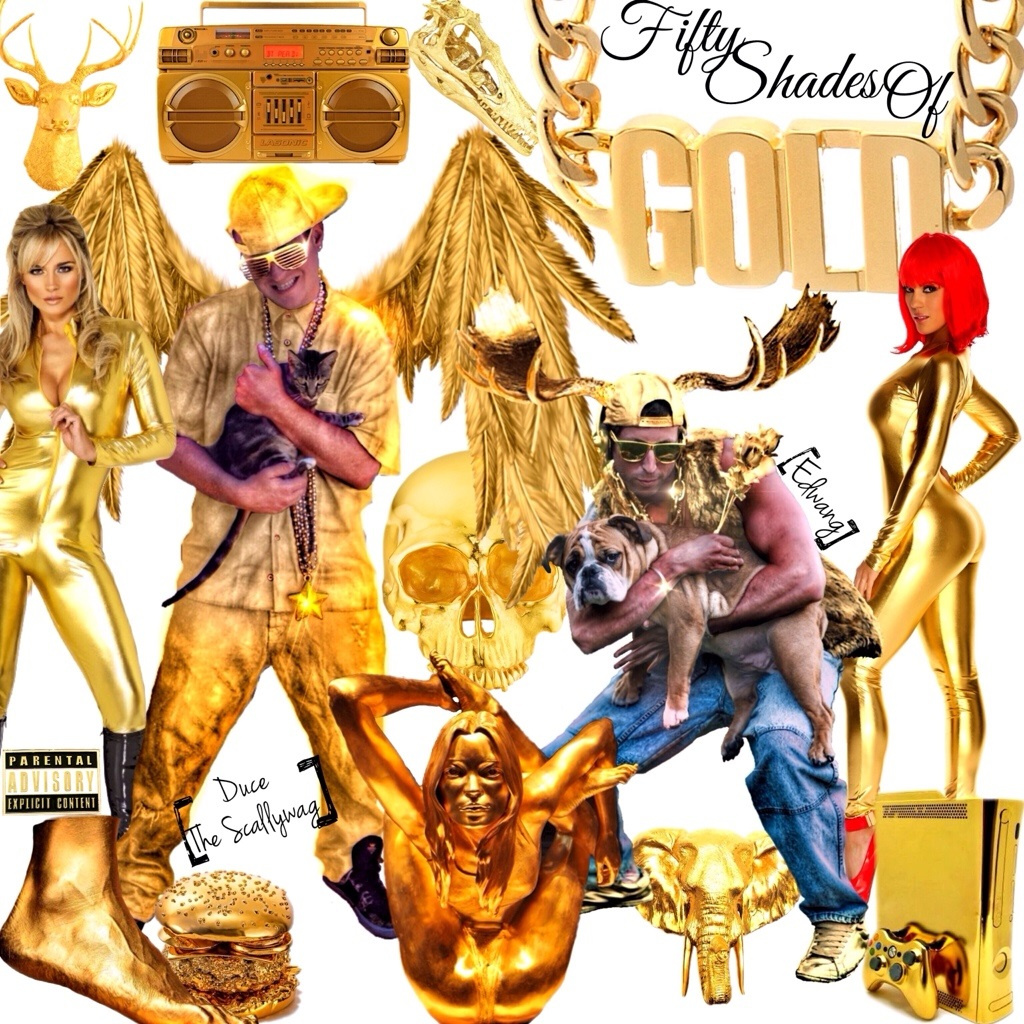 Buffalo producer Edwang is back with another dope collaborative effort with rapper Duce. A few months back, we covered The Duce Bootlegs, a wonderfully enjoyable project of happy hip hop. Their latest release together, Fifty Shades of Gold, switches things up a bit on the way to being another great tape.

Edwang kicks off the tracks with the title track, and a distinctly grimier beat than anything we heard last time ’round. Ed continuously keeps us guessing with his styles behind the beats. “Rumble Pack III” uses some traditional video game bleeps and bloops to create a base for which Duce to cram countless gaming references over a span of three and a half references. The name itself is a shout-out to the device that allowed your N64 controller to vibrate whenever you crashed in Tony Hawk Pro Skater, thereby making the game 20% better than it already was.

Duce is particularly on point with joints like “Who is She?” in which he talks us through the timeline of his affair with a crazy chick. Ed displays a full spectrum of beats, being everywhere from spacey on “Technology” to “If These,” an inspirational song with a swirling beat that has that mid-2000s-would-be-on-your-basketball-warmup-cd feel to it. The album also features some hilarious interview skits between Ed and Duce, a testament to the chemistry and charisma of the two. Stream the whole thing below!