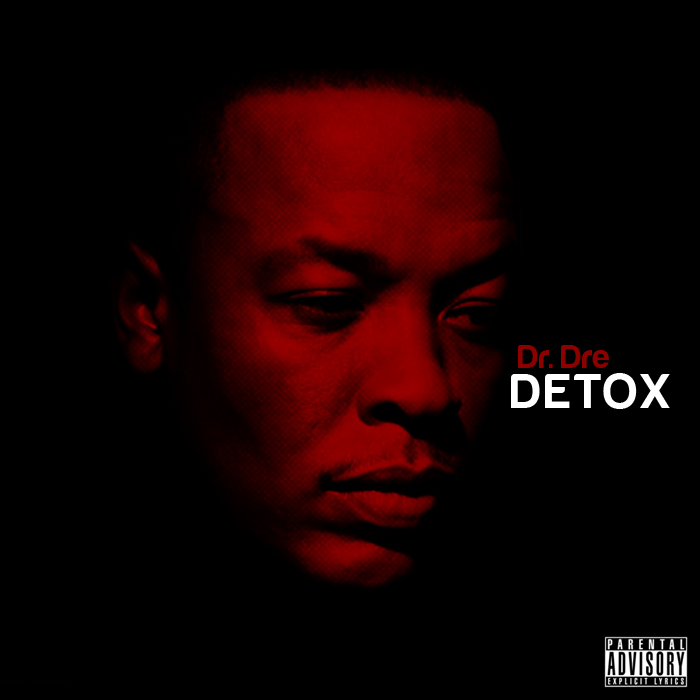 Last week, Dr. Dre, the notorious and elusive producer who had us salivating for 15 years for Detox, the final part of his solo album trilogy, announced that it has been scrapped. Instead, he is dropping Compton: A Soundtrack, inspired by the upcoming N.W.A. biopic on Thursday.

Dre, who helped introduce a sort of street-level realism in the late 80s with N.W.A. and then came like a riot into white America’s living room with 1992’s The Chronic, is still perhaps hip hop’s most influential producer, despite ghosting out of the game entirely for the past decade. With The Chronic, Dre’s sun-bleached, 70’s funk samples mixed with surly, even darkly comic raps. For his sequel, Chronic 2001 or just 2001, he assembled a core of musicians, including studio-rat-turned-fallen-Greek-God Scott Storch, and bassist Mike Elizondo, to relaunch his brand of g-funk as airtight, cosmic and sample-less.

He ended up going beyond what merely just passed for a hip hop producer. He didn’t just lay a beat out, but had the taste and foresight to find and mold a lineage of artists that would leave the biggest imprints in the history of popular music: Snoop Dogg, Eminem, and Kendrick Lamar. Also in there was Ruthless Records, The DOC, Above the Law, and the whole Death Row roster: Nate Dogg, The Doggpound, Lady of Rage, RBX, and Warren G.

Ever since Chronic 2001, I used to religiously read a forum called DubCC, which was a wild feed of speculation for Detox and West Coast hip-hop in general. (In 8th grade, a teacher confiscated my pot leaf-emblazoned Chronic CD, making me realize how powerful and intimidating this music was to suburbia). We would worship at the posts of an anonymous user called melman, who vaguely referenced that he had some type of studio connection to Dre, and would update the forum about the album’s progress. Music like this had never been heard before. Hundreds and hundreds of songs were recorded, mostly with a live band. The Next Big Rapper was going to be showcased heavily. Dre said in early interviews that the album was going to revolutionize audio and be released as a 5.1 DVD-audio. A whole legion of associates prophesied about its legend. There are leaked songs of people like Ludacris actually trying out for the album. At one point, Detox was going to be made entirely with found sounds heard in space. What? It descended into a type of madness doomed for the fate of another grand, failed epic during its time.

But Dre has been a phantom for the past 10 years, spooking us with his absence. He stopped rapping, and seized even producing songs to branding headphones, making him maybe the richest man in hip-hop. A succession of failed projects included Dre helming the boards for King T, Rakim, and Hittman. In 2010 and 2011, he released “Kush,” and “I Need a Doctor,” songs that felt like a parody of Dre himself. We feared the worst: Detox might suck. Now it’s not even dropping. He said on his recent radio show that the album “just wasn’t good.” Citing he was inspired by being on set of N.W.A.’s film Straight Outta Compton, Dre secretly went to work on what spontaneously became Compton: A Soundtrack, to be released on Aug. 7th.

So what does it mean now that we are getting this album in lieu of Detox? For one, it doesn’t seem like it’s an extension of that album, whatever form that beast had taken before being abandoned. It looks like Dre finally got his much needed mission statement looking back into the past with his first group and really being inspired. As an artist, Dre has always needed someone else to jump start his battery. His process has always been a collaborative effort, like any real producer. Depending on who’s in the studio with him, or who is writing his raps, his success has depended on that. Details are scarce, but reports have said the album features jazz touches like To Pimp a Butterfly. The album still looks like it will serve as a launching pad for a bunch of unknowns, including artists called King Mez, Anderson Paak and Justus. Will one of them breakout like Snoop or Eminem, or see a fate more like the dude at the end of this video?

It will be interesting to see how Dre will be received in 2015. He’s a billionaire, 50-year-old headphone mogul who still aggressively comes off like he gang bangs. Gangsta rap has largely been superseded in comparison by soft-touch rap like Drake and Kanye West. But if anyone could change that, it’s Dre. Don’t count him out yet.