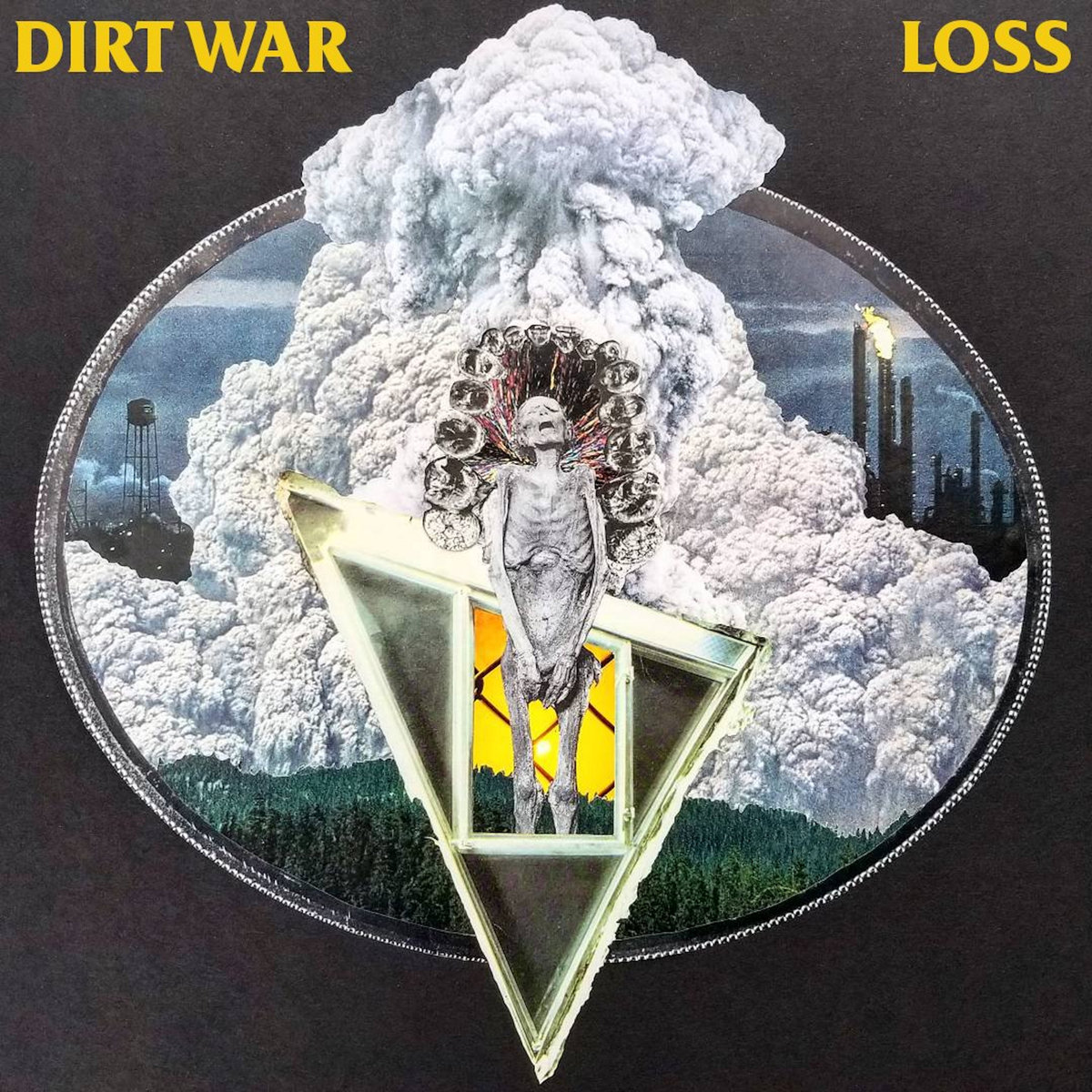 Cascading down from some place on high comes falling to earth, hardcore doom rockers Dirt War with  their newly released EP, Loss. Formed from the missing and severed limbs of various Buffalo groups, it’s possible you haven’t heard Dirt War yet. Their last recording was a Demo from 2015. But after giving Loss a listen, it won’t be easy to forget them.

In the realm of doom, stoner, metal/rock, things can get both stale and confusing. With multiple different classifications and genres floating around, and a tendency for some bands to simply sit back and hash out a groove for 20 minutes, the realm has its fair share of bands that, well, tend to sound the same. Either by accident or design. But, on Loss, Dirt War go left instead of right. The band uses a dual bass setup and forgets about guitars all together. This isn’t a gimmick, it’s a targeted attack. They boil down the heavy in doom metal to its essentials. Some prefer their metal/rock in particular ways, but going heavy is always a good way to go.

Two basses, no guitar? That could present a bit of a problem couldn’t it. A guitar has two extra strings than a bass, but there’s nothing loss here. Bass players, Joe Lipa and Mike Dagonese keep everything from ever getting stale or boring. Playing around with tuning and effects leads to a 7 track journey where ideas don’t get reused. The track “No Rights, No Wrongs” uses a bit of modulation and repetition to create a hypnotic atmosphere that’s mixed with Ben Barbour’s vocals and the drumming of Roy Draves to make something special. The song is a bit slower in tempo than most of the record, which are more in favor of the rocket-high tempo of hardcore punk, like the track “C.P.S.”

It’s going to be great to see what Dirt War come out with next and see how they progress. For right now, enjoy what they’ve unleashed out on the world. You can listen to Loss now through the band’s bandcamp.