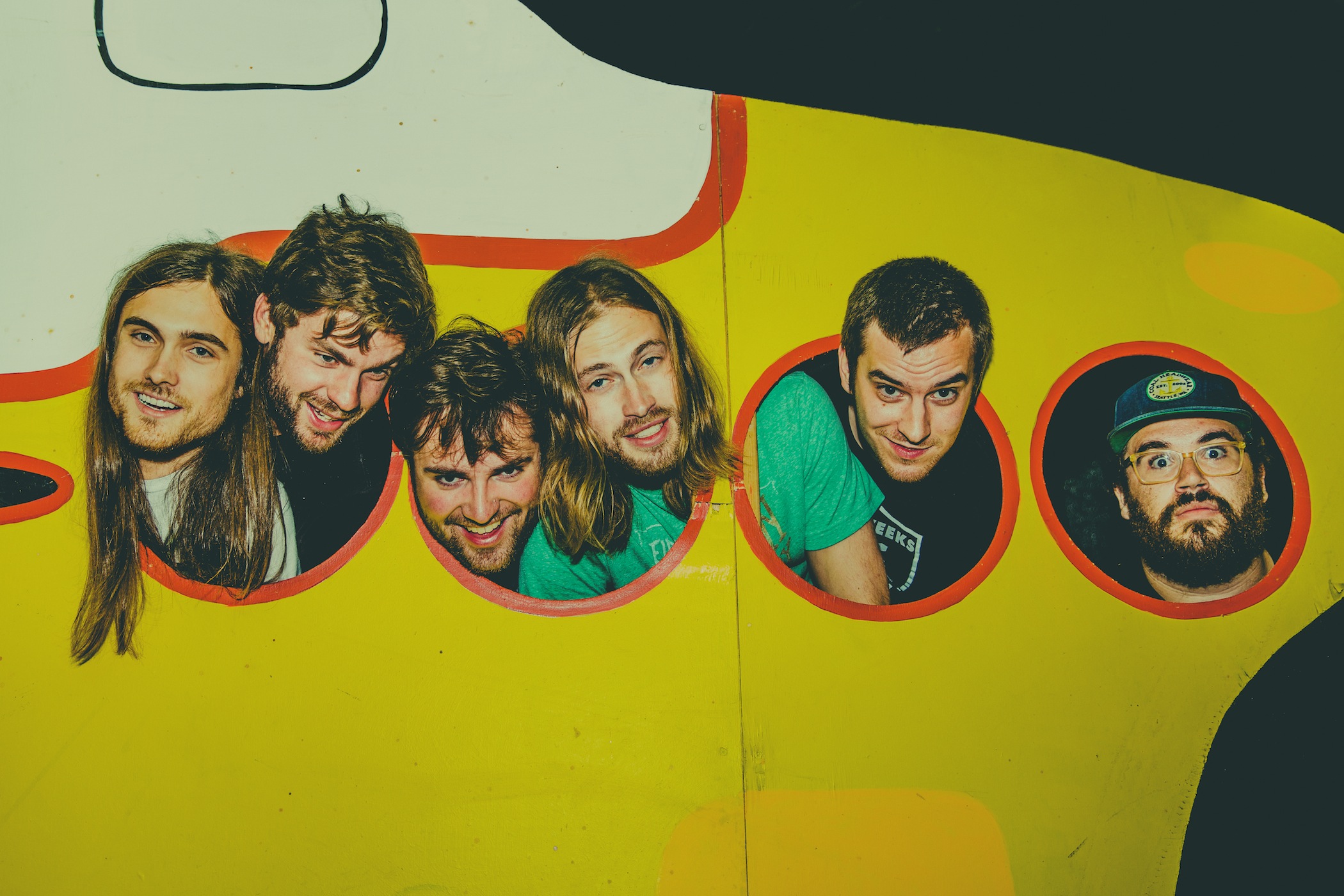 Diarrhea Planet is the best rock band out of Nashville right now. And I realize ‘rock’ is a relative term, but you would be hard-pressed to find another band out there currently that embodies the spirit of rock and roll more than Diarrhea Planet does. Their shredtastic blend of torrential punk rock packs some serious heat, and the band’s four guitarists, bassist, and drummer are slinging it across the Northeast as you read this intro.

Diarrhea Planet makes their stop in Buffalo on October 27th at the recently reopened Mohawk Place. buffaBLOG had some words with guitarist Evan Bird before their arrival in the Nickel City, highlighting their current tour, Nashville’s music scene, and, uh.. Keegan Hestdalen. Enjoy.

buffaBLOG: How is your tour going?
Evan Bird: This tour has been going really well! It’s nice to be back on the road in the northeast and even nicer to be back with JEFF The Brotherhood. The shows have been incredible and we’ve been able to visit a lot of friends.

bB: But crooked spines are so punk rock!
EB: So is not having health insurance…

bB:How is this tour different from your last?
EB: We’ve been joined by our Tour Manager Big Time and our good friend and unbelievable photographer Pooneh Ghana on this tour and it’s been a nice change of pace. Big Time is the best in the business and Pooneh is just ridiculous. She’s been snapping some great photos of us and making us look a lot cooler than we deserve to look.

bB: What has been your favorite show that you’ve ever played or been a part of?
EB: I can’t speak for the rest of the guys, but Hangout Fest and Pickathon this year were both incredible. The shows we played were great and we were well received, but just being a part of those events at all was such a blast. Can’t wait for next year!

bB: Diarrhea Planet has a lot of members doing a lot of things. How do you write songs?
EB: Typically one person writes lyrics and a basic chord progression for a song and maybe has some ideas for where to take the melodies. Once we all hear it, we all come up with our own parts and flesh it out a little. We’ve been playing together so long that is usually easy to tell how somebody will approach the song, and we all trust each other with figuring out arrangements.

bB: What was the moment you realized you were no longer just another band and becoming a buzz band?
EB: I knew something was happening when The New York Times wrote about us. A lot of the press we had gotten before was wild, but New York Times was the first thing I could show to my parents where they would actually know or care what it was. It’s been an incredible year and so many people have been so receptive and generous- we all feel very privileged to be able to do this at all, let alone be recognized for it. It’s very surreal.

bB: How has the rapid expansion of your fan base affected the operational aspects of DP?
EB: There haven’t really been any drastic changes to how we run the business side of the band. Our management team and our label Infinity Cat take such good care of us that it’s been easy for us to grow with our fanbase pretty seamlessly. We are about to unveil a new, streamlined website to coincide with some new releases, but outside of that there haven’t really been any shakeups.

bB: I’d be a fool if I didn’t ask how and why you settled on “Diarrhea Planet” as a band name.
EB: We chose “Diarrhea Planet” because it’s “Snoop Dogg” backwards and our favorite album of all time is Tha Last Meal.

bB: Oh, you’re right. Tell us about growing up in Nashville.
EB: Well, I grew up in Tacoma, Washington, but the 3 of us who grew up there tell me that each baby is born with a Telecaster and a little cowboy hat.

bB: What is the scene like there?
EB: The music scene is unreal. There’s a sense of community among the musicians that I haven’t really seen anywhere else- at least not to the degree it is in Nashville. It doesn’t really matter what music you play or how you dress or whatever, so long as you’re doing it for the love of the game. People see that and help each other out.

bB: Is there anyone from back home that we should be listening to?
EB: Music Band, Those Darlins, Apache Relay, Robert Ellis, JP5, Richie, Cale Tyson, Dynamo, Light Beam Rider, Breast Massage, Plastic Visions, Duck

bB: What a list! DP must make friends by the truckload.
EB: The number of truly amazing bands we’re lucky enough to call friends is ridiculous. Those are just the first few I thought of, but there are countless others.

bB: Your album artwork is usually very wild and fun, kind of a direct reflection of your sound as a band. Who does your art for you?
EB: The LPs are both by our good buddy Perry Shall out of Philadelphia. He’s designed a number of shirts for us too, and he is the man. Our shirts for this particular tour and the art for our upcoming EP is by a Nashville cat called Tuff Gus. Find them both online!

bB: If you could relocate the band anywhere, where would you go?
EB: I’d personally love any excuse to move back to the west coast, but truthfully I probably wouldn’t move the band anywhere. Nashville truly is the best place for a band like us and has been so good to us- why would I dare interfere?

bB: Do you have anything going on after this tour?
EB: After this run we’re taking the rest of the year off to work on a new full-length album. We’re hoping to have it out early next year!

bB: So, without Googling, what do you know about Buffalo?
EB: Keegan Hestdalen.