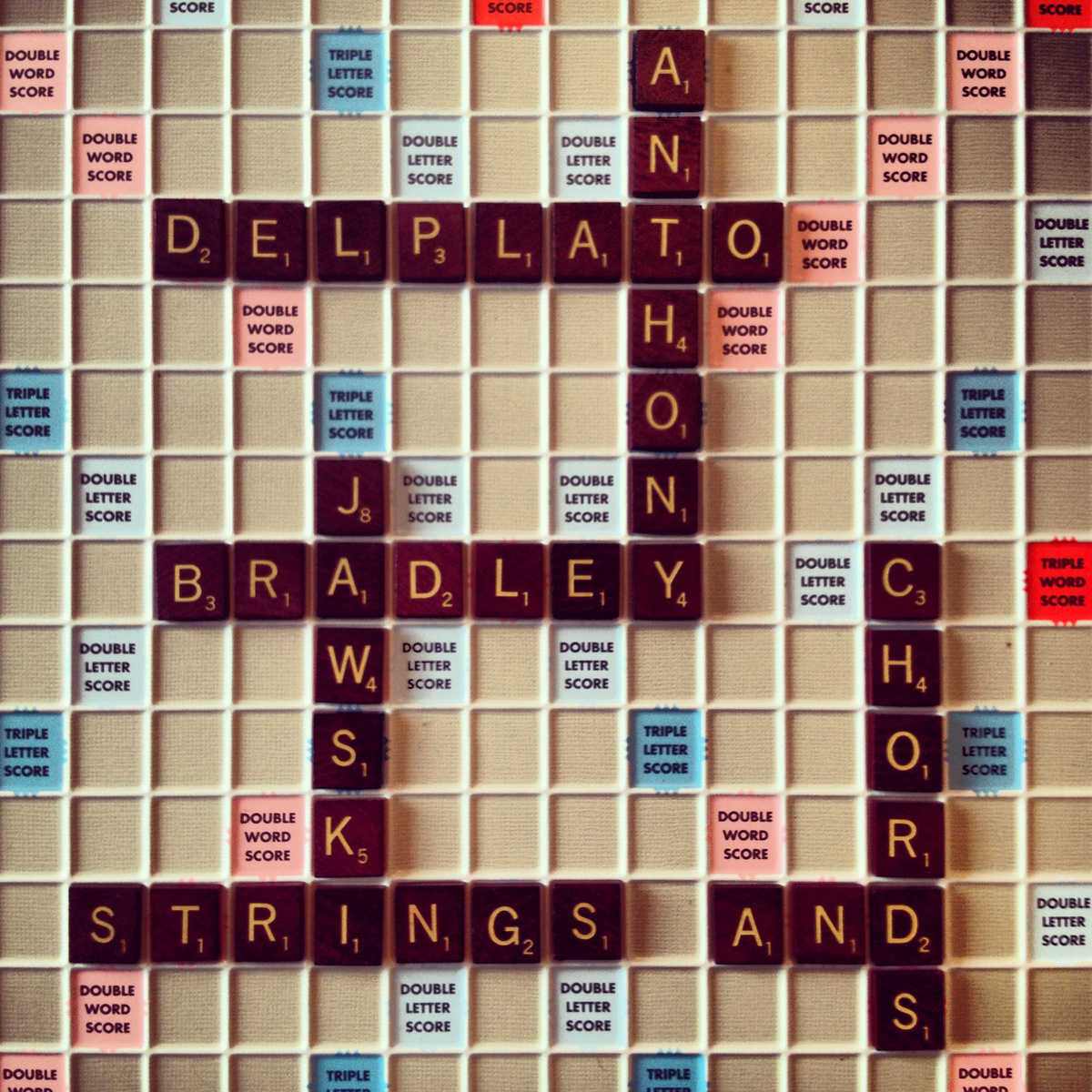 I am treated to the best of the best of local music from week to week. Over the past few years, I have had an opportunity to objectively review and appreciate a wide variety of music that comes my way. That being said, nothing ever seems to grip me like a release from Anthony Delplato. This time he has a partner, Brad Kujawski. Together, Delplato & Kujawski have put together Strings & Chords. I might have already had a biased opinion going into this review… but let’s just say Deplato & Kujawski didn’t let me down.

“We Sail” starts off sounding like We Have The Facts And We’re Voting Yes-era Death Cab For Cutie. Two clean guitars with a slight warble play in sync through most of this song – I was actually expecting nothing more than a pretty instrumental opening track… Not that there would have been anything wrong with that – but just over halfway through the song, Delplato & Kujawski pick it up and turn it into an upbeat rock number. It’s that kind of mindset that helps me appreciate Delplato & Kujawski’s songwriting so much. Everything to me is so palatable and interesting – I can almost always tell what’s coming, but every now and then, they throw something novel into the fray and it works wonders every time.

“Dream” is blissfully riffy. A song like this brings to mind the complexity of a band like Maps & Atlases, but with Delplato’s heavy emo influence, it comes off less as math rock and more melodic and emotional. Kujawski also takes lead vocal on this for the first time – trading Delplato’s soaring baritone for his more delicate tenor. In fact, I was often reminded of a Ben Gibbard/Chris Walla vibe (think “Long Division” off of Narrow Stairs).  Needless to say, Delplato isn’t non-existant – he is of course singing a perfect harmony in the background. I expected no less.

The electric piano-heavy “We’ve Been Here Before” is a beautiful song that reminds me of Copeland or even Buffalo’s long defunct This Day & Age, especially in the incredible guitar lines at the end of each chorus.  Where Delplato has always succeeded (and Kujawski too) is his ability to turn any song into something epic. For as reserved as the beginning of this song is, it evolves into an impossibly high delay-driven breakdown.

Strings & Chords is full of jazzy minutia that takes these songs to a higher level than just plain old pop rock or emo. In another nod to Copeland, “Tomorrow” melds a bouncy drumbeat and airy flute tones into one of the best verses on the album. And then there’s the rhythmic low-end of a song like “Don’t Forget.” Not to mention the whirlwind of riffs that these guys have tucked away into each song.

Strings & Chords left me wanting more. No, not “more” as in “lacking something.”  I just want more music from Delplato & Kujawski. I highly suggest a click on the song below.