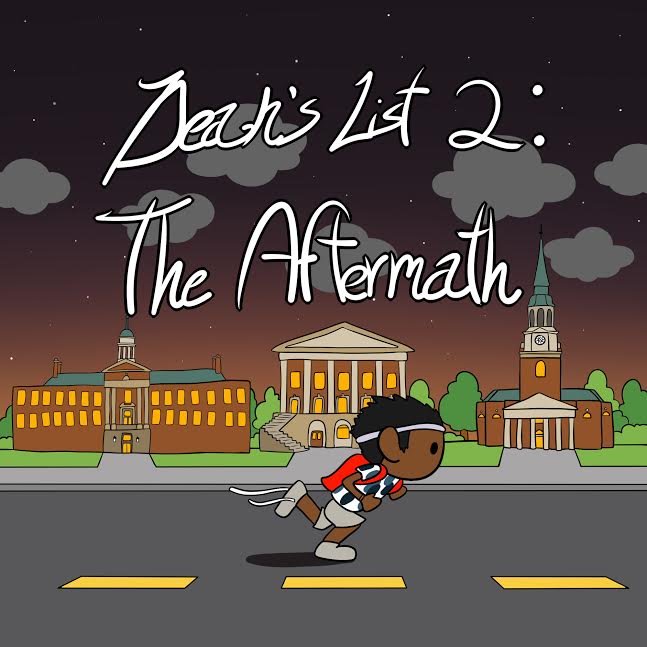 Eight months after the release of the original Dean’s List, Buffalo rapper Dean Chatham is back with the follow up record, Dean’s List 2: The Aftermath. The project is the first from the Black Sol member since he signed with Style Music Productions, and demonstrates the progression of Chatham as an artist over the last year.

Chatham kicks off his scholastic follow up with the smooth opener “Kage,” in which the rapper projects his pride for the rise he’s seen as an artist recently. The original Dean’s List came when Chatham viewed himself as a student, while this project sees a more confident rapper showing off what he’s learned as he’s found his style. This theme of self -discovery and development continues on tracks like “Lucid Dreams,” where Chatham explores his introspective side. “Black Panda” is another substantive track in which Chatham discusses the positive state he’s currently in and how it relates with a darkened society, hitting on the line “a simple plan to advance is the recipe, if you ain’t got it then man don’t mess with me.” Project closer “El  – P” is a focused on Chatham’s declarative that his time is now, not to be stopped or obstructed.

Dean’s List 2 flexes two Black Sol features, the first of which being “Asics” with Ez Amadi. “Asics” has the positive vibe of a feel good hip hop song from the late 90’s or early 00’s. It’s not unlike something from Mase or even Cam’ron’s “Hey Ma” single. Ez’s featured verse is a relentless series of rhyme schemes and lyrical prowess, highlighted on lines like “They tryna pay off the profit/I told her ‘baby girl pop it’ and now she feel on my pocket/tell these fuckboys to watch it.” Following “Asics” is the contemplative collabo with Saint Opal “Jezebel.” “This should make you think: ‘Am I real or am I fake?'” Chatham raps on the melodic duet filled with philosophical commentary between the intertwined vocals of Chatham and Opal.

The varied production choices Chatham goes with are a pleasant addition to his stellar rhymes. Jazzier cuts like “Kage” and “Jezebel” provide a smoother landscape for which Chatham can flow over. “Lucid Dreams” has the ruggedness of a late 90’s RZA beat, complete with the Asian string sample. Miles Jordan is credited with the production of four tracks on DL2, most menacing of which being “Rainy Days.” Chatham also includes production from the acclaimed El-P on the the militaristic, industrial “El – P” closer.

Dean’s List 2: The Aftermath is an awesome step forward for Chatham. The rapper refined his sound and tackled some really heavy subjects in society, transition, and realization. Check it out on Dean’s Soundcloud and listen to “Asics” with Ez Amadi below.