Damien Jurado – Vision of Us on the Land 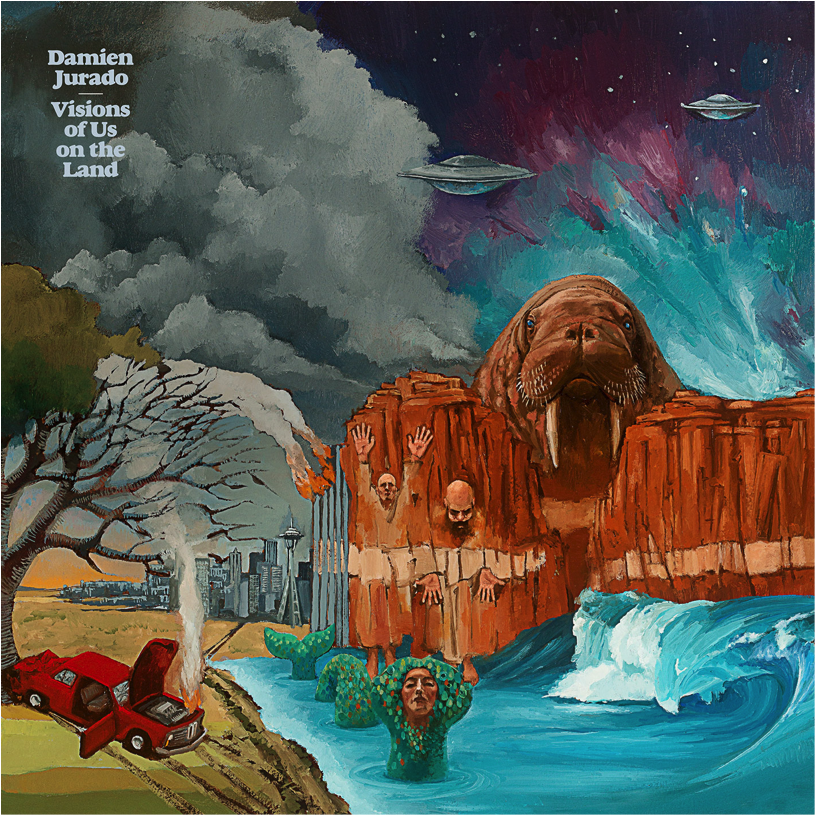 Damien Jurado brings us a unique experience with his newest album titled, Visions of Us on the Land.  His latest release is a 17-track album that revolves around the acoustic guitar.  From the experimental folk genre that has risen from the Indie Rock scene, this album gives us exactly that.  This is a combination of the soft voices and harmonies of Fleet Foxes and the mysterious lyrics and raw acoustic guitar of Iron & Wine.

We see much more of an experimental phase from Jurado on this album.  As we hear in the fifth track titled “Sam and Davy,” he opens with a simple guitar riff while singing with an intense echo in the background.  The experimental rock side to this song is the synth that is being played as well making the song sound like it came out of a Pink Floyd album.  With the orchestra instruments slowly coming in and out of the song, it brings in a certain emotional side to his lyrics.

Jurado reverts back to his simpler songs with him picking the acoustic guitar and singing along with “Prisms” and “On the Land Blues.”

“Walrus” is just an awesome, groovy song that incorporates a gnarly bass riff to keep the song together.  The simple drum beat keeps the rhythm while the electric guitar mimics the high pitch of his voice and melody of the chorus.  Songs like this break the album up to show that Jurado loves to experiment with his instruments and lyrics.

Visions of Us on the Land has a very different variety of songs, yet keeping the same style Damien always has.  From the experimental rock mixed with stripped down acoustic tracks, he perfects this long album.  He puts it right up there in the experimental folk category.

Before listening to this album, I would encourage everyone to listen to his older albums to get a good feel for his style.  But once you do that, this album will be a real treat for your ears.