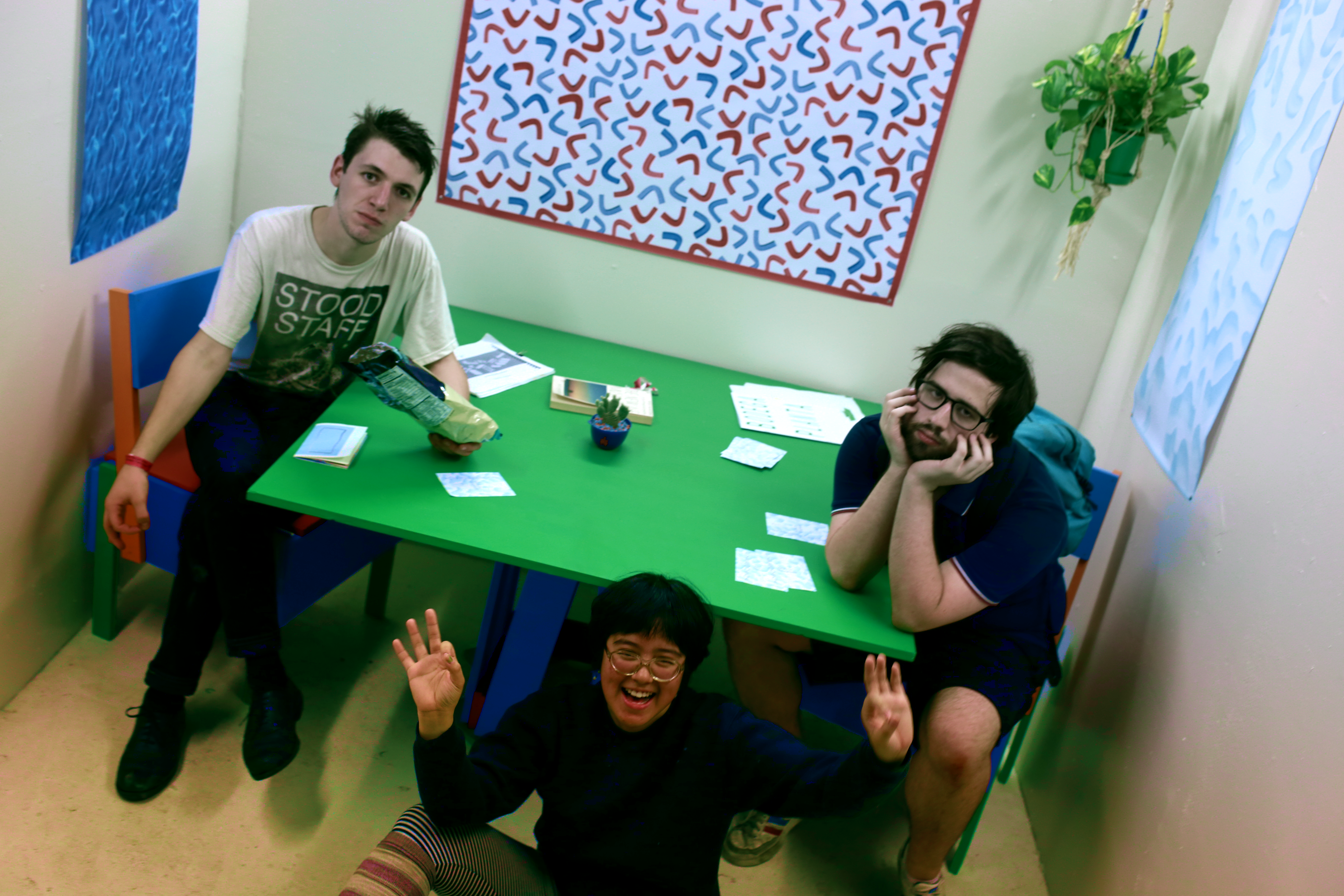 What do you get when you mix a Gameboy, three musicians with a penchant for writing endearing indie music, and a heaping pile of dream-worthy nostalgia? This is not a rhetorical question. You get Crying. The indie-electronic outfit out of Harrison, NY is raising eyebrows and drawing attention for their wildly unique blend of chiptune indie rock, and their fans are riding high on anticipation of their next release, Get Olde Second Wind, due out on Run for Cover records November 18th. buffaBLOG caught up with guitarist and Gameboy wizard Ryan Galloway before the band embarks on a full-US tour supporting Modern Baseball, set to hit Buffalo this Wednesday at the Waiting Room.

buffaBLOG: Level 99 Modern Baseball tour approaches! How do you prepare?

Ryan Galloway: We haven’t practiced as a band since some time before the last tour. We still need to put tires on our car.

bB: What are you most excited for?

RG: I’ve never been to the west coast, so that’s exciting. Also, we’re going to be on the road while our double EP comes out, so that could provide us with some juice.

bB: Have you played with any of the bands before?

RG: No, but we stayed at a house in St. Louis that some members of Foxing live in and they put so much care into our sleeping arrangement.

bB: What are your favorite / least favorite aspects of touring?

RG: It’s weird because I love playing guitar and writing music, but there’s no real time and place for that. Very deceiving. Best part of tour is being able to check out all different places even though there’s also no time for that.

bB: Do you have a favorite show you’ve ever played?

bB: As I’m sure many other fans would agree, Crying has one of the most eclectic sounds in today’s music scene. How did this sound come to exist?

RG: When it started, I think it was basically supposed to be The Go! Team but instead of samples, Game Boys played melodies that sounded like they were from old movie soundtracks.

bB: Well Run For Cover surely picked up on it. How has your experience with them been thus far?

RG: I’ve never really experienced another label, but they’re so agreeable, friendly, and excited. So far, it feels like all they expect from us is to make whatever music we feel like making. Very good!

bB: Have you made any friends with your labelmates?

RG: We always sleep over half of Little Big League’s house when we go to Philly. Pity Sex is nice.

bB: Is there anyone we should be listening to / keeping an ear out for?

bB: Who would you consider to be your primary musical influences?

RG: Queen and Kate Bush are my favorites, but I think The Go! Team, Perfume, and Dream Theater might be more relevant.

bB: Tell us about your songwriting process… How do you write those infectiously catchy chiptune parts?

bB: Your tour with MB makes its pit stop in our fair city on November 12th. Have you been to Buffalo before? Tell us what you know!

RG: I have not been to Buffalo, but I tend to accidentally think of what Albany looks like when I think of Buffalo. Will I be proven wrong!?

bB: Nope. I think that’s pretty fair, actually. Any plans for after tour?

RG: Finish the next thing and record it. Maybe a Crying headlining tour? Normal band stuff.