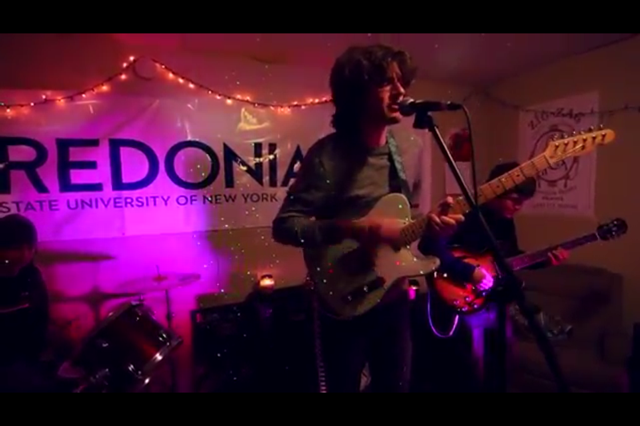 It was only a matter of time before another live video session series popped up in the WNY area. With 1809 Sessions, Wonk Sesh, Genesee Live, Quiet Country Audio, and Silo Sessions already in place, lets add Cool Little Music Sessions to that list. Based out of Fredonia’s Pizza Club Productions studios, the series hopes to film local and touring musicians rolling through the college town.

For the first installment, the freshman series featured Fred town psych quartet, Mooses, who performed two songs from its debut EP Tales from the Elephant’s Nest:  “In Case They’re Wondering” and “Bette Davis,” the latter just so happened to be our second favorite song out of Buffalo in 2014.

Sponsored by Cool Little Music Shop, the video was shot and edited by Joe Cardina, along with additional production contributions from Chelsea Newton, Cam Gordon, and Eric Lemke. You can watch the full clip below, which includes a short interview with the band, and keep an eye out for new Cool Little Music Sessions installments in the near future.