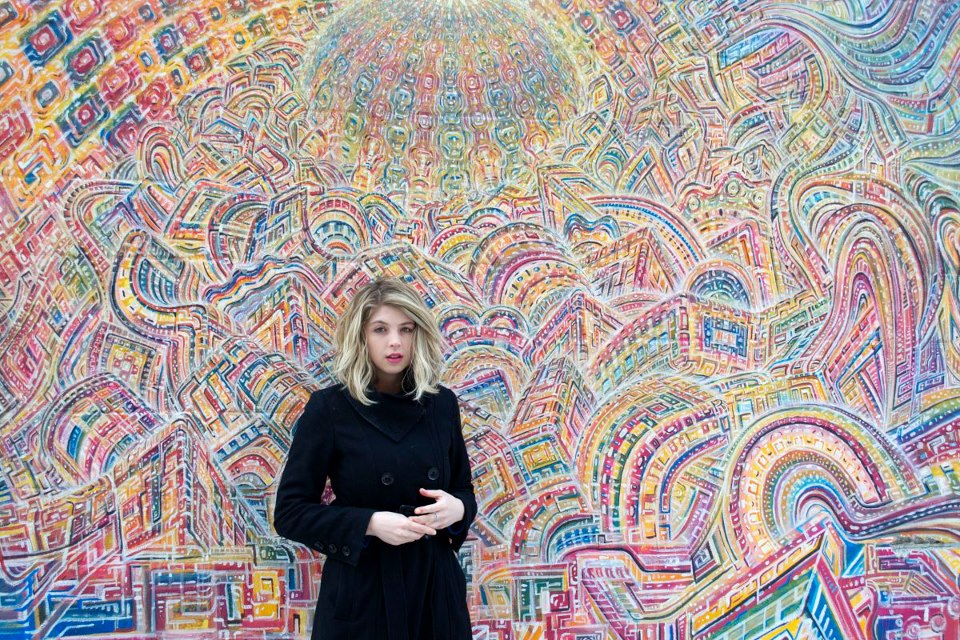 This was a show that our fair city had waited six months for. Mikaela Davis was scheduled to come to the Tralf on January 3rd, but the show was canceled due to a pipe bursting at the venue. The weeks and months continued to build up, and we were left to wonder if the brilliant harpist from Rochester would be headed back any time soon.

Thankfully, our prayers were answered, as Davis and her band played a fantastic show at Buffalo Iron Works on Friday. Davis’ band, consisting of drummer Alex Cote and guitarist Cian McCarthy (who played several other instruments during the evening), was extremely tight throughout the evening, providing the perfect compliment to Davis’ harp.

Early this year, Davis released the EP Fortune Teller, and the tracks from it were featured prominently in the set list. “When The White Worse Takes Me Away” and “Feels Like Forever” in particular thrived in the live setting. I was a bit disappointed at the lack of “I Wouldn’t,” my personal favorite track off the EP, but it was a wonderful performance nonetheless.

She also played several tracks from her self-titled 2012 LP, with “Dreaming” and “Garden” ranking among the highlights. Each of her first two albums have showcased an incredible ability to blend classical pop, and she’s likely to only get better from here. Davis recently released the single “Out There Alone” to the website The Wild Honey Pie, and it’s one of her best compositions yet. As always, it blends the gentle strumming of the harp with an immediately catchy, power-poppy chorus. The song has a good shot at becoming a college radio hit.

It may have been six long months in the making, but it was worth the wait. Davis is one of the most talented up-and-coming artists right now, and it seems like only a matter of time before she becomes huge. Between her (and her band’s) incredibly skilled playing, and her knack for writing memorable songs, it seems inevitable that Mikaela Davis is going to take over the world in the very near future.