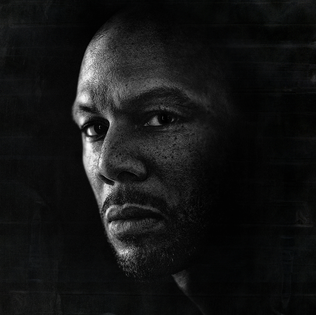 Longtime G.O.O.D. music signee and legend in his own right, Common, is an interesting player in the rap game. His career started a couple decades ago under the name Common Sense, and his song “I Used to Love H.E.R.” is looked at as one of the greatest achievements in rap music history. He has a host of Grammy nominations, and a couple of wins. He’s also a successful actor, currently starring on the T.V. show Hell on Wheels, a Don Moretti favorite. He’s got borderline classic albums like Be (executive produced by Kanye, those were the days) and The Dreamer/The Believer, but he’s also had a few duds on his discography, especially when he tries to go instrumental like with 2008’s Universal Mind Control. Whenever Common sticks to the script, you can count on a thoughtful, poetic effort from perhaps Chicago’s most lyrical emcee ever besides maybe Lupe. Black history, activism, and Chicago social commentary plus a No I.D. beat are the usual ingredients to a Common song, and based on previously songs and the notion that I.D. is producing this album, Nobody’s Smiling, that’s where this record was headed. If only if only.

The introductory song, “The Neighborhood,” starts off with a haunting James Fauntleroy feature depicting the beginning of the black person’s struggle in the world. If you’re not going to start you’re album with your own voice, getting James Fauntleroy to do it for you is probably as good of a choice. Common’s verse is a more exquisite description of life in the hood of Chicago, “The concrete matrix, street organizations/They gave violations, hood public relations/It was the basics to get big faces/Stay away from cases, bad broads, good graces.” He is in his zone when he’s analyzing the streets, no one does it better. It’s a classic Common verse, and to no one’s surprise No I.D. is behind the wonderfully layered yet understated beat. While Common talks of the hood, Lil Herb responds with a verse from the hood with the series of lines” I’ve been out there three days and I got shot at three times/Felt like every bullet hit me when they flew out each nine/I be happy when I wake up and I have a free mind.” Herb’s got that gritty street flow but stays approachable with his lyrics. Concluded with a beautiful denouement from Fauntleroy, it’s a fantastic start to an album and one of my favorites of the year.

And then my hype dropped dramatically on the third song (graced with a video as of this morning) “Diamonds,” featuring Big Sean. On paper, I get it. Sean is a labelmate, he’s got the mainstream accessibility, and he has the capability of a good feature. This wasn’t it. Common’s verse is too aggressive, probably because he was going for a street banger, but this Sean hook is off the charts horrible. “Champaign poppin’, bad things poppin’/Hit you with the street sweeper so you get to mopping.” I hate this. For his verse, Sean sounds like he’s trying to be Drake doing the Migos flow. The idea is played out there’s no fun or originality to it. It’s a shame Common had to release this as a single.

I believe “Blak Majik” is pretty lazy rapping for Common, but I do love everything Jhene Aiko, so I do like this song a little bit. The hook of “Black magic”(“Blak Majik”?) repeated over and over again isn’t catchy enough for me to get over it’s simplicity. It also really bothers me the way the song title is spelled. Does to give anything to or take anything from the song by just spelling it normal? Following that is a phenomenal track in “Speak My Piece,” centered around the hook sampling a certain Biggie Smalls. The bouncy, bobbing beat from No I.D. sounds like something another legendary producer, Pharrell would do. Common is braggadocios, living the good life and taking in the atmosphere of the song on this great single. This is what a Common single should sounds like, not that Big Sean garbage. It still sounds like Common, albeit a bit more ignant, and is just a fun track that can be enjoyed by anyone.

The more listens I put into this album, the more I’m perplexed by it. There are some legitimately great songs and then some really really bad ones appearing right next to each other. “Hustle Harder” is a song about women who hustle harder than men. I guess I can see where that kind of would be a good idea for a song, but oh man is this lame. Excerpt from Common’s first verse: “Honey gettin’ money the ass is stupid/She far from a dummy, funny I thought she came from money how she makin’ money/At the club going hard like liquor/Shots of Ciroc she can out drink a n****.” What is this song even really about?  A hot girl who makes money and can drink more alcohol than some guys? What a noble effort from a guy who got invited to the White House based on his contributions to black poetry. There’s an even worse verse from a girl named Dreezy. The whole song has no substance to it. It seems like it’d be aiming to empower black women but the aim goes straight into the ground because there’s really nothing here to like.

The Title track and “Kingdom” are the high points in the second half of the album. The former is Common back at his best, narrating on Chicago violence. The song closes out with a pretty killer verse from spoken word artist Malik Yusef, someone Common has been shouting out in his songs for a while now. He talks of how the kids in Chicago are the ones who come up with the material for many artists, closing with the line “Yeah we got ghostwriters, they just actually ghosts.” “Kingdom” gets a feature from one of rap’s elite up and comers in Vince Staples. I.D. kills the beat, getting a small chorus of soulful female singers on the hook and on the background vocals. The song begs the question of whether you can get into heaven after living a necessarily sinning life on the streets. Staples really kills his verse, providing the youth to Common’s wisdom with lines such as “Used to take the bullets out so I could play with the revolver/Satan serenading ever since I was a toddler.” It’s one of the first songs we heard from the project and still one of the best.

Nobody’s Smiling is almost laughably polarizing. The title only applies to about half of the tracks on here, in my opinion the best tracks. Common’s strengths have always been about serious matters, and when he doesn’t go in that direction, it’s bad. There are some fantastic tracks on here that if strung together would make an EP of the year. But this is an album, and there is some garbage on here that takes away from the whole concept of it and ruins it’s cohesiveness. An album can’t be that great if it’s only 10 songs long and you want to cut out at least 3 of them. Watch the video for “The Kingdom” below.