Depending on the average age of buffaBLOG’s readership, it’s probably safe to say that most of us grew up with a few decades of film history behind us. Within those decades are a handful of movies whose music is just as iconic as the film itself. Take The Godfather trilogy, Chariots of Fire, or Jurassic Park, for example. You can probably think of (or whistle) the beginning notes to each of the above movies’ melodies.

A movie’s music usually becomes famous because the movie itself does well. A movie does well for many reasons, but mostly because it resonates with the audience. In these cases, the music enhances this feeling and completes the experience in the viewer’s mind (and maybe sometimes, the soul).

When I think about the movies that, in my opinion, have music that takes them to the next level, a common theme seems to arise: they’re all musical compositions, rather than songs. I believe industry people call this the score. Lyric-less and probably performed by an orchestra on a sound stage, these compositions create an audio backdrop that matches the action unfolding on screen.

Scores often begin with one simple melody. The composer tinkers with the notes and creates variations that are just a few shades different from the original. But their common birthplace unites them, and therefore allows the score to weave a thread through the ups and downs of a narrative. And if we’re apt to like sounds that repeat over and over again, it makes sense that a cohesive-sounding score is pleasing to the ear.

Scores are a basic element of film (think about how noticeable it is when there’s NO music, period). But sometimes the basics change, and over time, scores have evolved into soundtracks, or a kind of hybrid of the two. Where many older movies have instrumental scores only, newer movies create their soundtrack from modern songs that fit the movie’s atmosphere.

I think this trend began in the early 1990s. That era had many sweeping, historical epic dramas with sweeping, epic scores to match – instrumentals only. Then, in 1994, Forest Gump came along and paired its theme music (the feather song, anyone?) with songs taken straight from the time period playing out on screen. This movie was so wildly popular that today some of the songs on the soundtrack can’t help but remind you of the exact scene they play over in the movie. Talk about effective music.

Then the late 90s came, and motion picture music entered its next phase: original songs written for a movie. “My Heart Will Go On” from Titanic is clearly the big one here, because it literally took over the world for quite some time. Many movies in the 2000s tried to capture lightening in a bottle like Titanic did, but nothing really stands out to me. 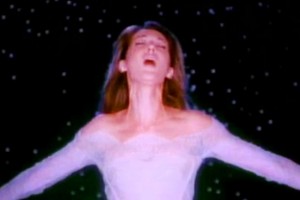 The motion picture soundtracks of today are an amalgamation of all these trends. No trend has been left behind for not working, and it seems like all creative ideas are attempted (and encouraged) at least once.

If anything, the years of movie music magic laid a foundation from which current composers, directors, and artists launch. Sometimes filmmakers take cues from the past, sometimes they forge their own paths, and sometimes they use one to do the other. Original songs, scores, and soundtracks are all awarded Oscars, and people are buying soundtracks in droves.

There couldn’t be a better time for this. Music is such an essential part of our lives that movie music (even just instrumentals), has come out from behind the curtain and taken their place in the spotlight. The question is: what do you like listening to when you watch a movie? Do you prefer instrumental scores of yore, or expertly curated soundtracks that feature your favorite past/current artists? Just as there is a movie for every taste, there’s a movie soundtrack for every taste…and I am certainly digging in.  Check out some of my favorites below.

Legends Of the Fall:

Her (not the full score, but a good, good song from it):